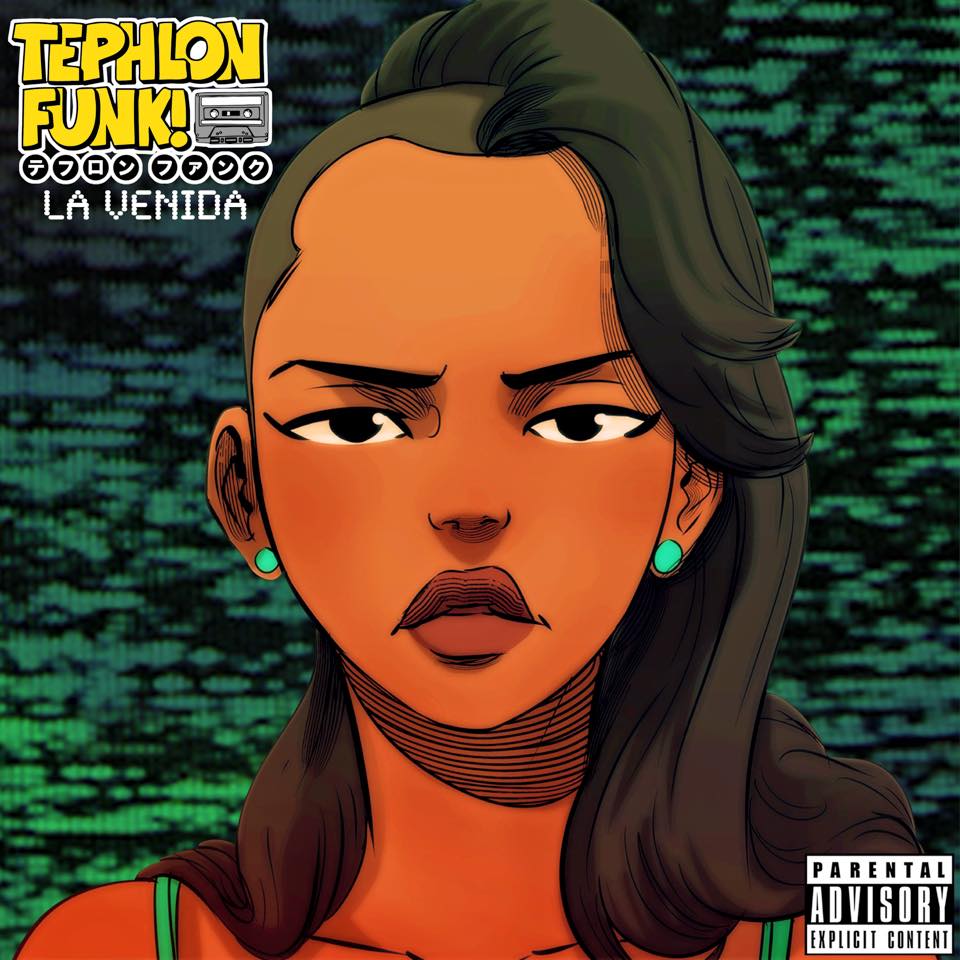 [divider type=”thin”]
If the name “Tephlon Funk” truly means both the strength to overcome obstacles and the ability to stand out from a crowd as the creators suggest, then you’d be hard pressed to find a more aptly named franchise. Like its spiritual predecessors Samurai Champloo and The Boondocks, Tephlon Funk!‘s blend of hip hop culture with anime aesthetics has effortlessly captured the attention of anyone within the radius of Black and nerd intersections, and with good reason. Boasting both a strong fanbase starting from the inception of its Kickstarter and an artistic style replete with homage yet distinct all its own, you could argue that the work produced by trio Stephane Metayer, David Tako, and Nicolas Safe is well on its way to cementing itself as not only of the Blackest manga of all time, but one of the best of that list. Of course, that’s only if Tephlon Funk! can address some noticeable trends with its women characters. 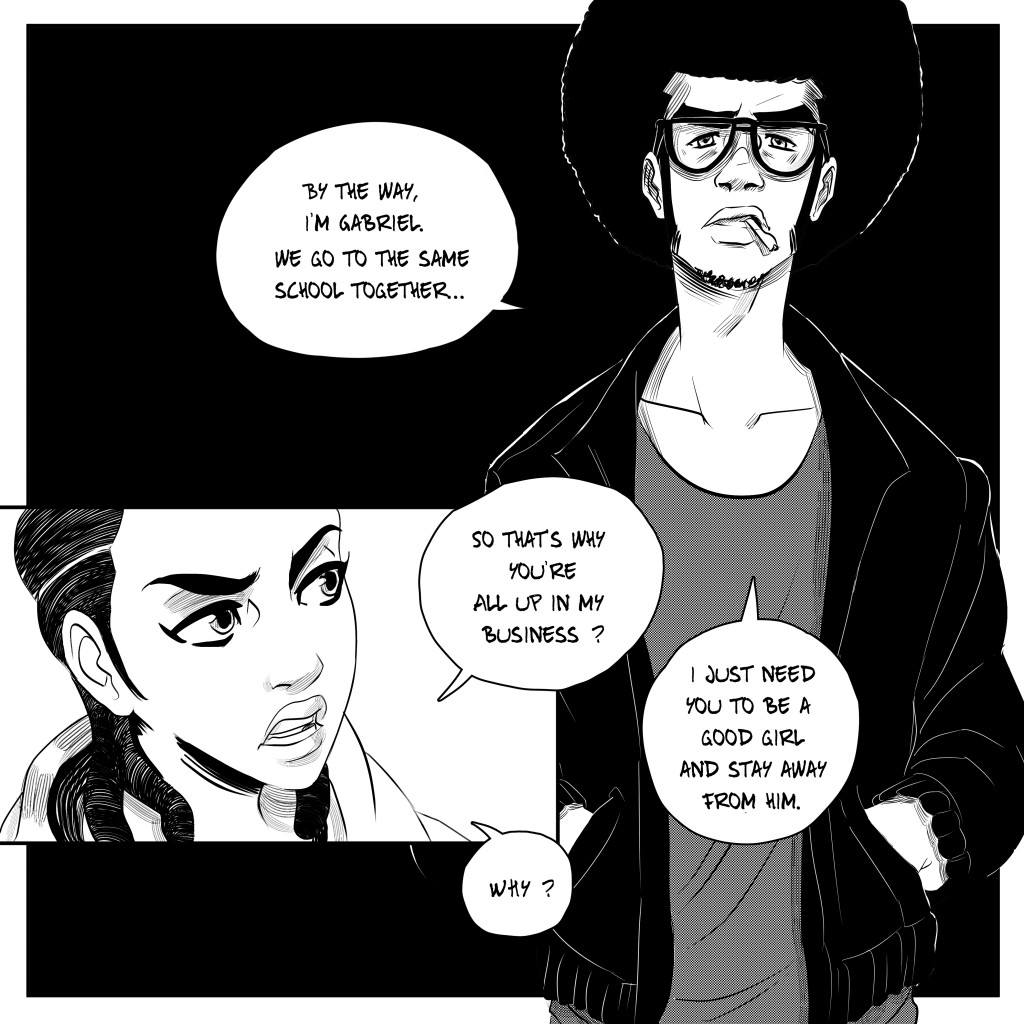 As a series whose main character is a fourteen-year-old, non-white-passing biracial Black girl and whose main cast comprises three women/girls to one boy, I understand that this hardly seems like a problem that would crop up. One thing that undoubtedly sets Tephlon Funk! apart from its forerunners is its willingness to keep women and girls at the forefront of the story both from a narrative perspective and in its visuals. After releasing its first issue since the site’s pilot last week we’ve so far read a chapter from Jozlyn (with a brief appearance by Cameron) and now Giselle’s perspective, leaving Gabriel to seem at first more plot accessory than person. From an action angle Jozlyn’s fiercely independent nature in seeking a way out of her violent and impoverished neighborhood shows as much drive as some of the most recent creations held up as feminist icons (Frozen, for instance, comes to mind). And dear God. Giselle’s badassery could put your favorite heroine to absolute shame. Yet two issues in and strangely none of these women have actually held a conversation with each other or another woman. That’s right: somehow Tephlon Funk! still has yet to pass the Bechdel-Wallace Test. 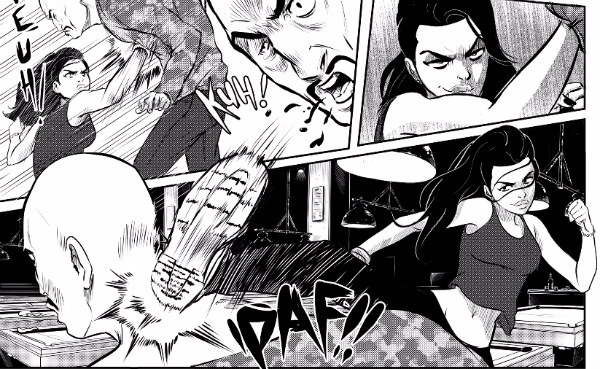 Now, it’s common knowledge that this test isn’t perfect; movies like that atrocity Charlie’s Angels passes, for instance, and we can only guess why every copy isn’t already buried in a landfill. You could even argue that the test has become something of a go-to feminist trump card. Despite its deceptively simple formula, however, the test helps point out why having a “strong female character” in your story isn’t enough. When you unravel all of the plot threads Tephlon Funk! has presented so far, we see that all motivational roads seem to lead back to our male lead, Gabriel. 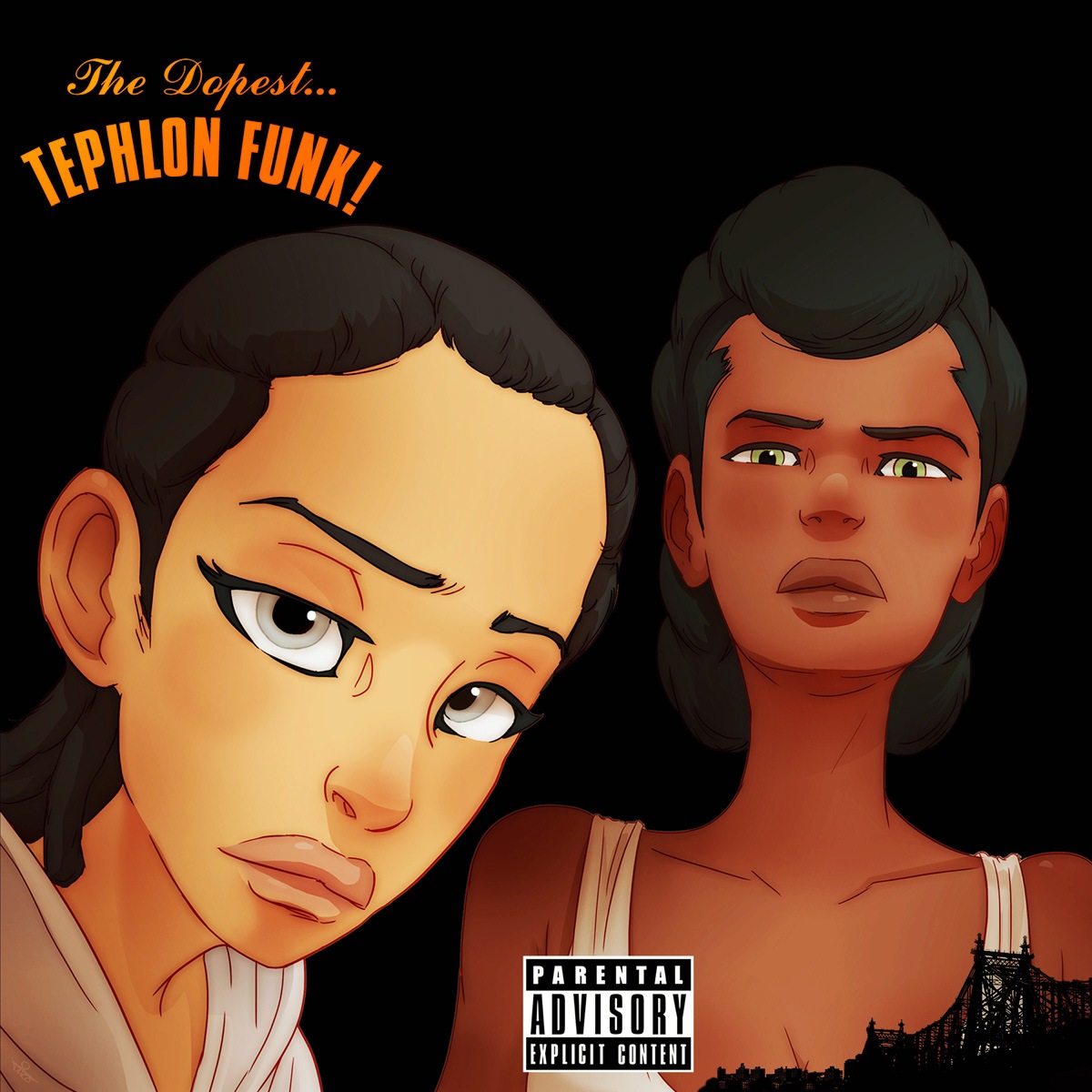 Think about it. It’s Gabriel who warns Jozlyn to stay away from Kefflow and more or less bullies her into joining his quest. It’s Gabriel who Cameron seems to have a vendetta against in the two pages we see her appear. It’s Gabriel that startles Giselle out of her routine and seems to disrupt her otherwise cool persona. Hell, up to this point Gabriel is still the only one with the strongest ties to name dropping the title, which also takes on a completely different meaning based on his context. Taken with the fact that the series seems to mainly come from male creators these facts hardly seems coincidental. Are they intentional? Probably not. But that doesn’t mean that a series that, according to their Kickstarter, strives to tell a “great story which not only [people] can relate to, but one that has a diverse set of characters” shouldn’t try.

Ultimately, if Tephlon Funk! can fix this one snag in its development there’s no doubt about its status as a classic in the making. After all, the incredible story, the intriguing characters, the gorgeous production… it’s all there. I sincerely believe that the vision of the creative staff is strong enough to overcome this obstacle and stand out from less intersectionally aware predecessors by rounding out its female relationships (or at the very least conversations). In the meantime, decide for yourself whether Tephlon Funk! deserves to call itself the dopest by purchasing The Demo and La Venida issues either in digital or print form at their website here.