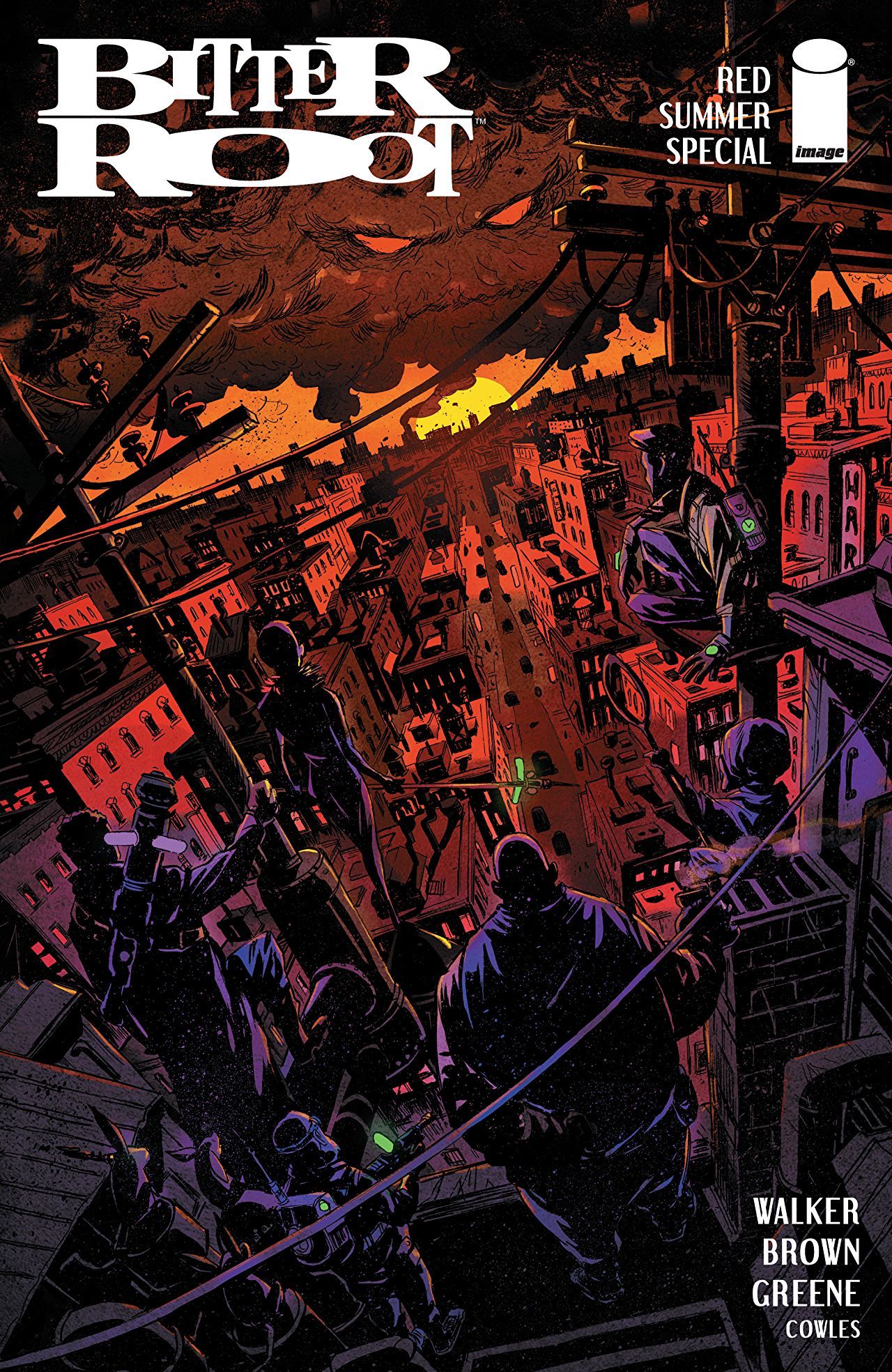 It’s the middle of the summer, the sun is out, and the heat is inescapable. The universe is telling us to get up and get out, run through some sprinklers, put that hair up. But wait, the Bitter Root Red Summer Special is here! We can’t just leave the house, we’ve gotta read this now! Well, I guess we could read it outside. Yeah, let’s do that.

This over-sized special features six short stories, ranging from Ma Etta’s liberation from bondage to learning why Berg has such an endless vocabulary. The cliffhanger from the end of the last arc is even addressed as we’re given more context as to where Cullen went, and how important his role is going to be in the future of the series. Long story short, this issue brought that heat, and you need it in your life right now. If you’ve read the first arc of the series and wanted to know more about the characters and their history, this is the issue you need to pick up. 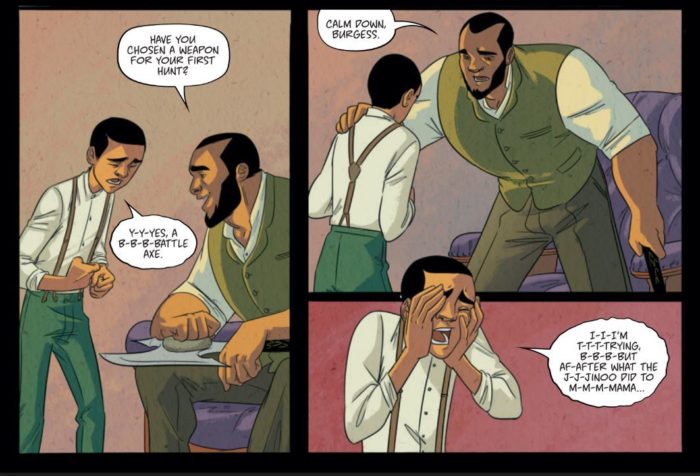 From Walker and Brown’s perspective, it’s a logistical feat to juggle different artists and colorers for stories that are only a few pages long, but they really succeeded in a way where everything fits together really well. Each of these artists were perfect for their story, and it was really dope to see these characters through the prism of other artists eyes. 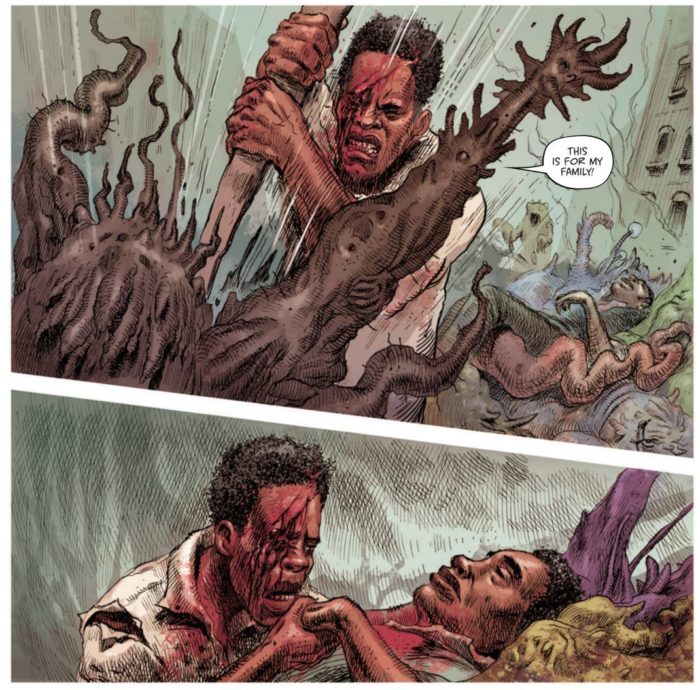 Some of my favorite stories were Red Summer and Barzakh. The first takes place probably between issues 3 & 4, while Ford is on his way back to Harlem with his new hick friend Johnnie-Ray Knox. Johnnie asks Ford about his family which prompts him to flashback to the summer that changed everything. It’s the event that we’ve only heard about in front loaded detail from a few of the characters over the past few issues. It’s the event that resulted in the loss of key members of the family, and it’s why they are in the fractured state they’re in at the start of the series. I felt that Lish’s art really fit well with the brutal scene Walker and Brown explored. It’s framed as a memory, so his repetitive wavy lines perpetuate the dream state of this particular moment for Ford. The second story I really enjoyed was Barzakh. It catches us up with Cullen, who disappeared through a portal at the end of issue #5. In just a few short pages, it enriches this already saturated world with even more things to get excited about. It’s a really dope story to tide us over until the series returns in a few months.

The Bitter Root Summer Special keeps us satisfied by giving us a collection of short stories that fill in our gaps of information regarding characters and events from the past. It’s the perfect bridge between two arcs and it does a lot of work to flesh out some of the questions that we had after the cliffhanger at the end of the last arc.