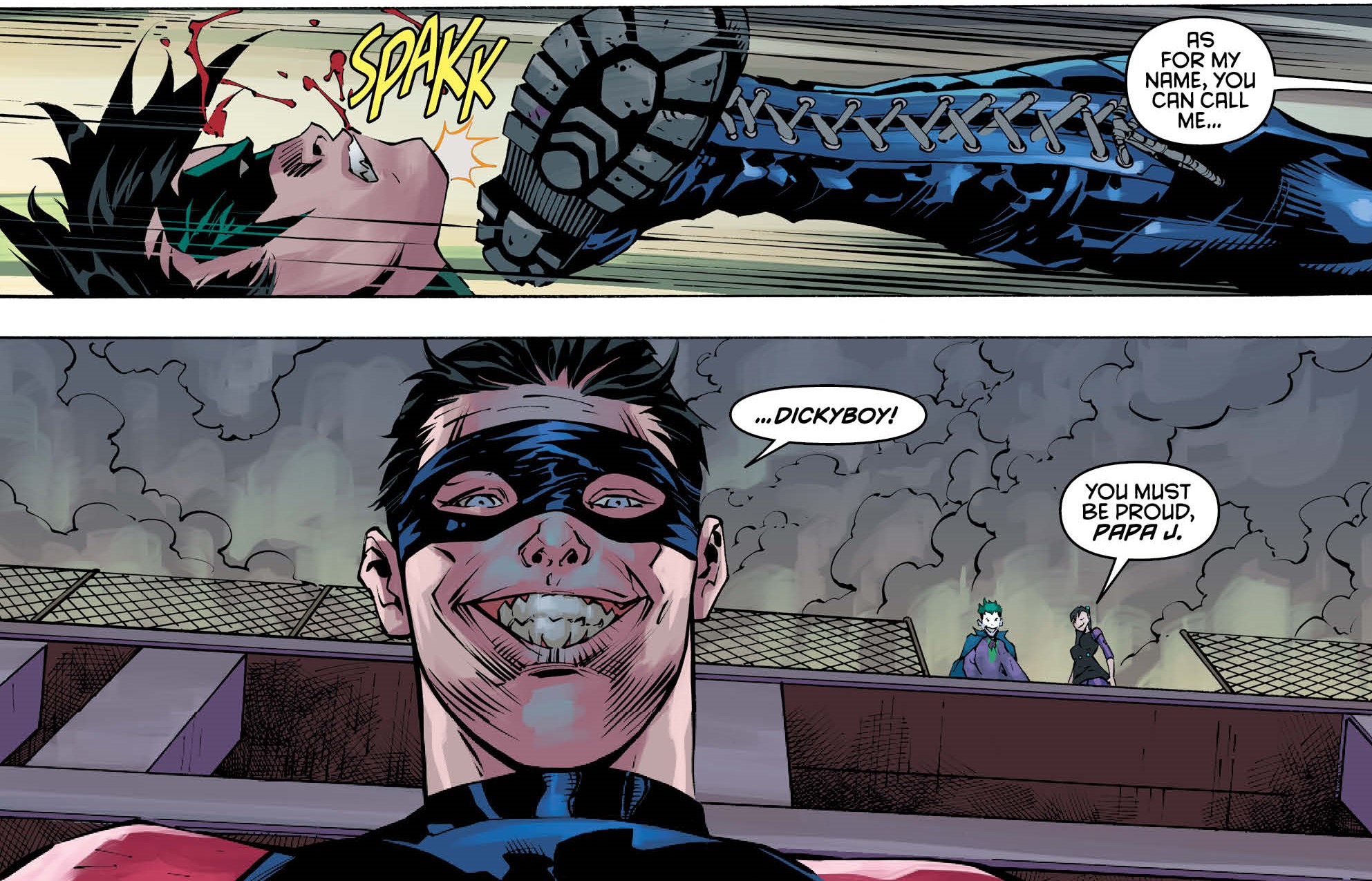 Amazing Spider-Man #48 does an excellent job of catching you up on the events of the Sin Eater arc. Even if you haven’t started or missed a few issues, it doesn’t feel like you missed anything. Peter is caught in a moral conundrum of sorts. We find out that the Sin Eater’s next target is none other than Stormin Norman Osborn. Peter’s greatest enemy.

Batman and the Outsiders #16

While the plot of this book has never been the most complex, the character-driven narrative has always taken a front seat. I never cared about the action as much as I cared about the dynamics between the characters and their growth over the past 16 issues. And that’s what makes this issue a really good one. This issue put Black Lighting and Orphan front and center in the development, as they reach climaxes in their own individual journeys.

Let’s get the big stuff out of the way first. We get a great resolution on two fronts. Comics aren’t like movies, the bad guys tend to stick around. Quoi and the Cotati weren’t just to give up easily and it’s understandable. Hate begets hate and the Cotati have a reason to be angry and still want revenge. Normally, bad guys are left lingering to lick their wounds after events like this. Dan Slott does a great job of having our heroes recognize that the Cotati were pretty damn justified in their attack on Earth and the Kree/Skrull alliance. They work right towards making amends to the Cotati and healing their pain.

Hal died trying to save a space hospital, and issue #7 largely deals with the new Young Guardians judging his actions when alive. In doing this, they also tell him about the upcoming war that they’ll need his help for as a Death Lantern, but Hal is not trying to stay dead, and he claws himself back to life from the clutches of death. The only problem is that coming back to life makes him forget all the knowledge that the Young Guardians bestowed upon him. So now he’s going into this war blind. Or should I say, in Blackest Night.

What makes this issue of X-Force particularly good is that Benjamin Percy does one of the things that I look forward to the most in Dawn of X. He expands on the inner workings of Krokoa as a nation. In the aftermath of the Cerebro sword being stolen, an investigation begins into how the incident came to be and the possibility of a mole. Of course, this moment in the book comes from Beast, who is one of the characters, aside from Domino and Colossus, who have benefited the most from Percy’s run.