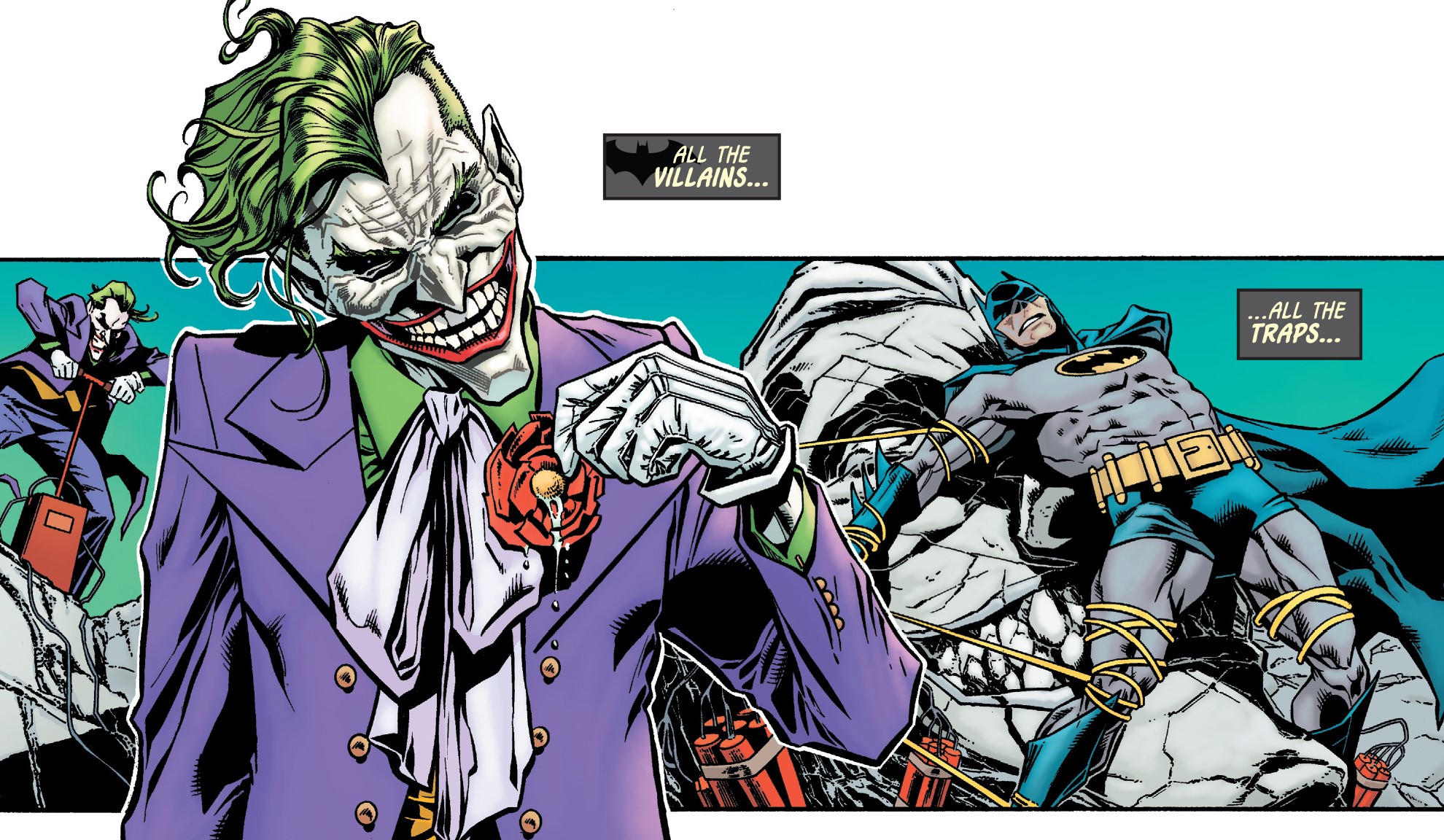 In Batman #99, we get call-backs to events in pretty much every Batman title that’s currently running because the stakes are just that high. Joker has successfully taken over Gotham City and sent it into pure chaos. Batman is forced to call in the Bat-family as reinforcements. Not to mention, Dick Grayson finally got his memories back and is done with that weird “Ric Grayson” phase that fans are likely to chastise for years to come.

The issue starts off with a charming flashback of a young Damian Wayne reminiscing on how he used to try and sneak up on his father. One day, his attempt to do so results in him coming across Batman meeting with the Justice League. While Damian often tries to act like he’s not a kid—because he was never really allowed to be one—his innocence and youth really stand out here.

Seven Secrets #2 feels like the true starting point for the series for me. The issue is directly anchored in Casper’s lived experiences, which in turn makes it a lot more personable and much easier for me to get invested into the story. Casper’s narration is a clever mix of first person and pseudo-omniscience (in that he definitely knows much more about the machinations than we the reader).

There is a familiarity in the opening pages where our protagonist Daniel gets called into his boss’s office to discuss an HR incident and we get the gist of his character: dedicated, diligent worker with a strong sense of honor but an equally hard head to match. Classic rogue journalist type (or rather journalist-adjacent type) since he was a designer for the magazine before he got fired. Thankfully, he can’t find time to sulk as he gets a mysterious invitation to the titular town where he discovers that not everything is as it seems.

We then see the disbanded former Teen Titans come together as they’re on the trail of the same villains they held hostage who are out for (somewhat understandable) revenge. We get interesting character dynamics as Wally West and Red Arrow get their “will-they, won’t-they?” on and Crash and Roundhouse play good cop, bad cop.