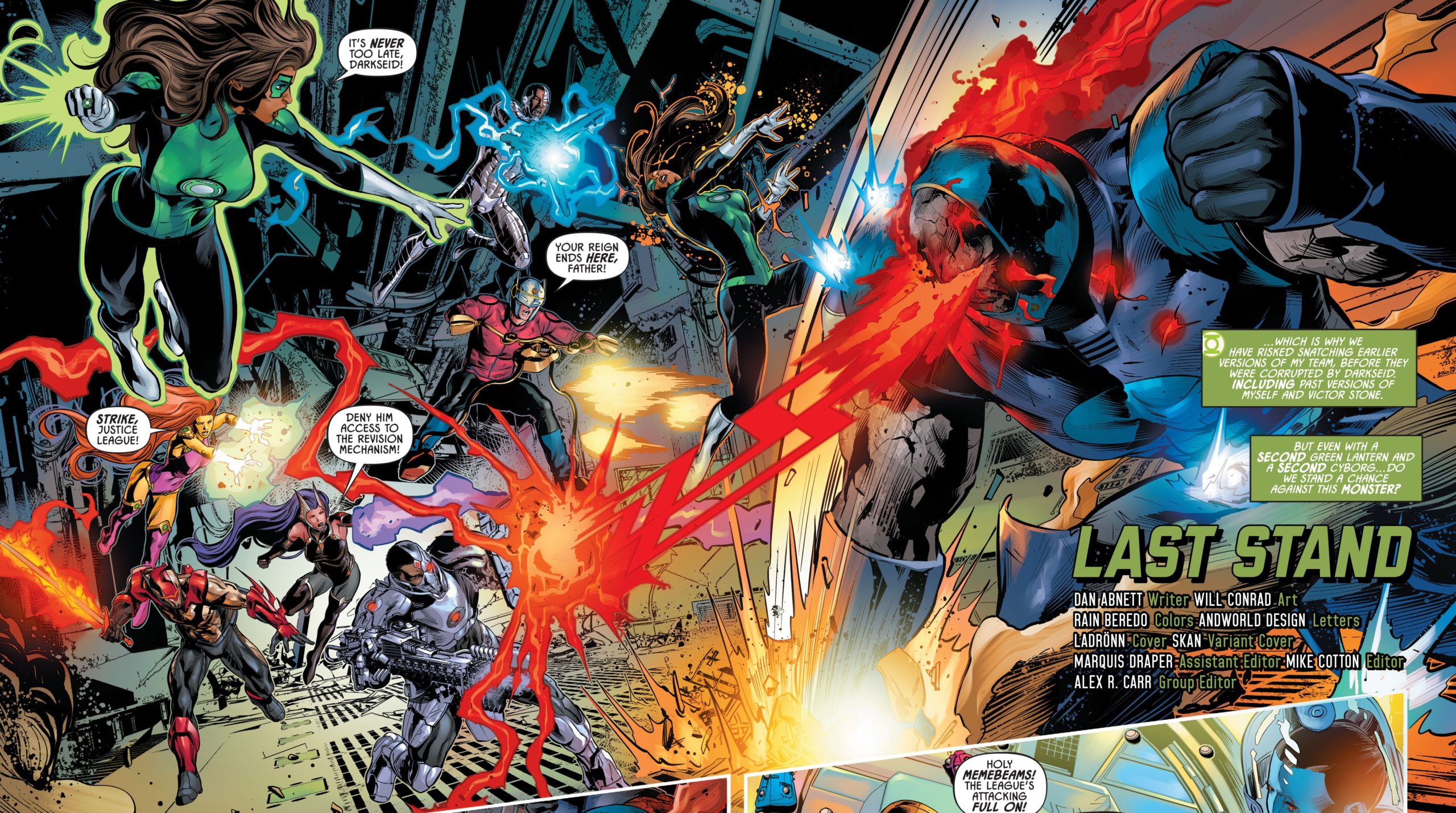 The story hop skips to plot points in a way and we are treated to several miniatures arcs within the issue that all contribute to the overarching narrative about the mystery of Adventureman and Claire’s connection to the stories. For all of the fun grounded moments in the “real” world, there are just as many unbound, gleeful scenes in the “storied” world where magic and science are equally potent and the forces of good and evil are constantly clashing, that culminates in a proper collision.

In the end, Cable #5 accomplishes its task of summoning the young warrior to take his place within the circle of swordsmen and badass women. Phil Noto’s panels are my favorite aspect of this book, in particular the “blurry” mind reading page. X of Swords is coming along nicely and this issue of Cable was a cool, quick read if you enjoy yourself a good Summers family tale.

This issue focuses on Carol’s unrelenting task of making sense of the situation she’s been thrown into. Mind and body seemingly ripped to shreds and put back together in a God forsaken time. Off the rip, she let’s Fantomex 5 eat a face full of photonic energy blast before someone recognizes her and brings her in to get her bearings straight. War Machine and Captain Marvel were on a hybrid date mission with Spider-Woman and Hazmat when they were attacked by these tarry black tendrils and she woke up in 2052.

Tinto’s character design is absolutely impeccable, and the full spread that shows the Originator, Sawbones, Prizefighter, and Seer in action is truly a wondrous thing to behold. And part of Commanders in Crisis‘ charm is the fact that it has all of the personality of superheroes without any preconceived notions of these characters. We don’t have history, we only have what Orlando and Tinto demonstrate to us, and it’s kind of a cool world. It’s bright and colorful, and optimistic to the point of being almost saccharine, almost being the operative word here. It’s a little over the top, but that’s less a dig and more just a fact

New Mutants #13 is the kind comic that makes you go “SHEEEESH” when you turn the last page. While we’ve been seeing the likes of Wolverine and Storm, hardened individuals, relish in the opportunity to fight for the sake of their kind, this issue lays bare the other side of the tournament participant. The not so gung ho fighter who knows their entry into this sword fight will likely end in dismemberment…or worse.

Casper is such a fun character, both as a not-quite-omniscient narrator and participant in the hidden society built on a bedrock of ominous secrets that could potentially end the world, and Seven Secrets #3 carries for the same energy as its direct predecessor, and the bulk of the issue continues to focus on his backstory in particular while also alluding to some of the world building that Taylor has meticulously crafted.