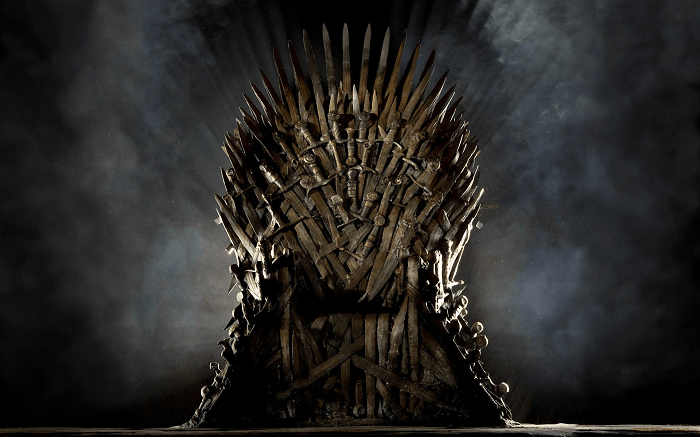 ***All the spoilers for the show lie ahead***

Game of Thrones has been away far too long (like 8 months) and we’ve been going through withdrawal (we actually reviewed Gotham, yo). While we have a series of reviews of some of the more obscure scenes that rank as our favorites, we’ve saved the big dogs for the staff to cover.

Mitra – It looks like this show is about ravens! Also some families who hate each other! These people have pet wolves, can I have one of those? That’s pretty much all I remember about the first-ever episode of Game of Thrones, because ALL I REALLY REMEMBER IS JAIME PUSHING BRAN OUT OF THE TOWER.

We’re emotionally invested in Bran because we see him struggle to shoot arrows and generally get treated like the runt of the Stark litter. Jaime and Cersei roll through town unbothered in pure Lannister fashion; we are made to mentally bookmark that they are brother and sister. A family business! What a splendid television program! Bran climbs a tower because he’s so precocious and curious. Wait – what are those moans coming from higher up? Don’t climb higher Bran – don’t do it! WAIT—IS THAT JAIME? WITH … CERSEI?! WHAT IS EVEN HAP—

Jaime comes over upon seeing that Bran has spotted them – a particularly stomach-turning moment, because 3 seconds ago, he was, well… So we cling white-knuckled to the edges of the stone arch window with Bran, because there is no way this ends well. Jaime pauses for a moment, though, and maybe we’ll make it out of here – then:

“The things I do for love,” Jaime says casually, while reaching back to shove Bran out of the tower, and us emotionally along with him. I WANT TO HURL TWICE NOW! LET’S WATCH SOME MORE!

William – The reality is, Jaime probably did Bran a favor, cuz ain’t nobody trying to live with that weight. Bran lost his legs, but gained the warg ability and Men-in-Black-ed himself from seeing Royal incest in a dirty-ass Winterfell tower. Seriously though, I remember watching this pilot and thinking: yeah, this is cool, I fux with the medieval, War of the Roses-type vibe. When we reached that tower scene, I remember thinking, ok…this dude ain’t really about to push a 10-year-old kid from a tower and kill him. I mean, ain’t incest enough yo (ain’t it enough)? Naw, Jaime didn’t just push Bran out of the tower, he straight up gave him the Heisman like he was trying to impress the scouts. Shit was savage.

Eddard “Ned” Stark Drinks Too Much Nobility, Lets it Go To His Head

Omar – Ned Stark dying was the equivalent of hip-hop losing Biggie Smalls man. I don’t care. I don’t. I Don’t Fucking Care. His honor took him to the grave and I still can’t rewatch that episode without feeling like I’m about to watch my dude get gunned down as if I am Cuba in Boyz in the Hood except I’d be shouting “Neeeeeeeeeeeeed” I stead of “Ricky”. Ned was like the heart of the story and Martin snatched that shit like it was a game of Operation, and the metal sides were our emotions buzzing hard as fuck.

Carrie – In the last podcast that I did with Will and Omar, we were discussing the impact of Ned’s death and I compared it to fans of the Final Fantasy video game franchise playing through the seventh game and seeing Aeris’ death for the first time. You’re punched in the gut. It’s a moment that in your hearts of all hearts you weren’t expecting (not you book readers, shush your faces) because Ned is an honorable man. He’s a good man. We like him. We root for him. (And maybe we’re tired of seeing Sean Bean play characters that fall into terrible circumstances.) And he is killed. Right before our eyes. And nothing makes sense afterwards. It served as a pivotal moment early on in the series and a stark (see what I did there?) reminder that circumstances are not kind. Men die. And honor amounts to nothing.

Jordan – “This ain’t a regular show no more.” That was my reaction when Ilyn Payne separated Ned’s head from his shoulders. But deeper than that, Ned’s death is a case study in power. Varys said it best – power is a curious thing – as he laid the riddle in front of Tyrion. Who was responsible for Ned’s death? Joffrey, who made the order? Sir Ilyn Payne, who lowered the sword? Everyone who wanted him to live, but were too afraid or powerless to stop it? In a show based on the examination of power, Ned’s death was a surprise precisely because we erroneously thought he had it by nature of being a Lord, a father, and a leading character. Instead, he became the shining example and constant reminder of Arya’s words: anyone can be killed.

Jordan – “The Lannisters send their regards,” is the one of the dopest villain one-liners amongst a litany of punch lines from Westoros, yet Robb’s death, along with Catelyn, Talisa, Grey Wind, and others, was a well-deserved fate following a series of horrible, horrible decisions. The list of Robb’s shortcomings could last for days, and his oafishness was perhaps shown best as he poured over a war map, saying, “I have won every battle, yet somehow I’m losing the war.” Almost in response, Jaime Lannister later said “He won the war on the battlefield and lost it in the bedchamber.” After Robb was stabbed and riddled with arrows, killing Catelyn was a mercy. As far as she knew, her husband and every one of her children were dead – her whole life was mourning, so killing her was a mercy. The one who got the shortest end of the stick was Grey Wind. Grey Wind had to be mad.

Carrie – Pump up the volume! Pump up the volume! Pump up the volume! TURN UP THE ANGST. Another finely crafted death scene in this series. It’s…like a train wreck or a car accident that you can’t help but watch but you see all the signs that it is happening. Accurately brown-skinned Christ, help me now. This was a beautifully orchestrated massacre and no one can tell me otherwise. The more blood that was shed, the more I clutched at my heart. THEY EVEN KILLED ROB’S DIREWOLF…. Bathed in a floor of blood and treachery, three Starks, one dire wolf and a number of men loyal to the King of the North died before Arya could make it to reuniting with them. It gave Arya yet more red in her ledger and more vengeance to claim. Carrie – One hashtag: #twitpicyourjoffreydeathreaction. Twitter was L-I-T. Like, Twitter could have powered a nuclear power plant alone with the combined strength of the emotions of the tweets. Expressing feels of all kind — but mostly glee and shock — from the happenings. As with most important scenes, I couldn’t stop watching. On his wedding day, the typical jackass-ery of Joffrey was tuned up 120% as he “doted” on his favorite dwarfed uncle until something SPECTACULAR started to happen. Passing it off as a joke, I shrugged my shoulders. Then my eyes grew wide. The world was gifted an early [insert whatever Winter-time holiday you may or may not celebrate] gift…this scene most definitely cemented Granny Tyrell aka Gran-Gran Olenna into my heart as one of the cleverest persons in all Westeros for her flawless *starts the Beyonce flawless dance* victory in giving us Joffrey’s death and never coming within the circle of blame for it.

Jordan – Remember Michael Scott when Toby came back? “No! No, God, no!” That sums up my reaction to Joffrey’s death well. Why? Because it’s not enough! It’s too fast, IT’S JUST NOT ENOUGH! For someone like Joffrey, anything less than the Reek treatment is getting off easy. That said, the world of Westoros isn’t fair, so I’m happy at least that the little terror was finally put to rest.

Omar – The most joyous occassion. Usually when someone dies in game of Thrones it’s just they are an extra or a character we love. It feels like the recurring villains rarely catch a fade if ever, death just gives them a shape-up. So when Joffrey finally died? Laaaaaaaaaawd, it was just a wave of relief like when you finally leave the DMV. His whole reign was just like he wanted to be Ivan the Terrible soooo bad. When we saw his ass choking like he was on the free throw line and Cerci was the only one upset while everybody else was eating cake asking for the ingredients? GLORIOUS.