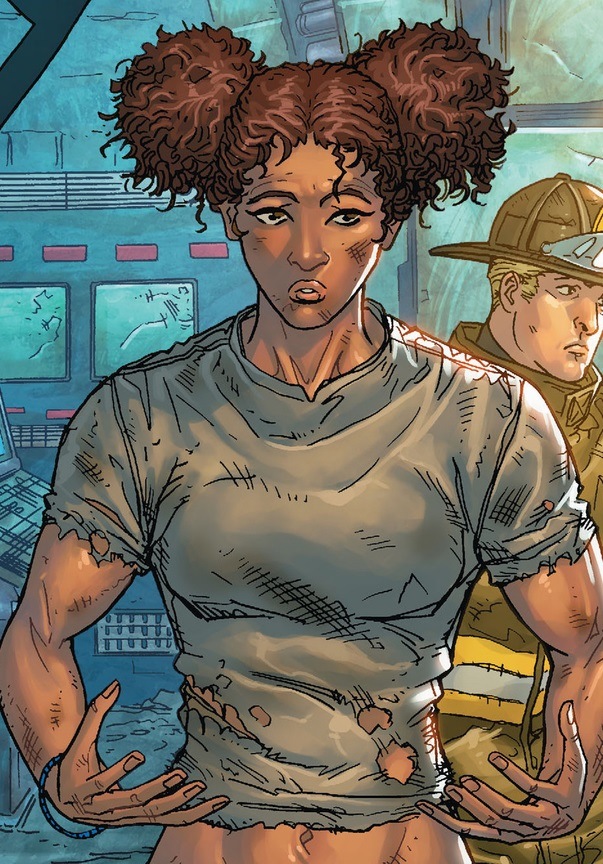 Publishers have been answering the dreams, prayers, wishes and/or longings of fans seeking better representation.

Captain America is black. Thor is a woman. And Ms. Marvel is a Pakastani American teenager.

Now, Power Girl has gone from being a blond Kryptonian that constantly deals with getting noticed for her completely unnecessary cleavage, instead of her super-strength, to a natural-haired, black teenager.

Tanya Spears, a sixteen-year-old genius with access to a wealth of an inherited income, interned at Starr Industries under the former Power Girl, Karen Starr, and helped send her back home to Earth-2. After being knocked unconscious, Spears woke up to realize that she could lift up to three tons at a time and is conceivably invincible.

Come next month, we’ll get to see her make a hard decision about which side she falls on within the infighting of the Teen Titans.

For all of the arguments about the overly sexualized portrayal of female characters in comic books, I always thought about Power Girl as a prime example. Now, I would never hold anything against the character. She’s a woman who’s proud of her body and I absolutely love that. I blame whoever it was that thought it was a good idea to put a window to her cleavage on her costume, then have everyone point it out like she didn’t know it was there. Just in my reading of the Harley Quinn series, Power Girl can’t go five pages without someone saying “…. you know you have those, right?” The writers of the series do all they can to be tasteful about it, but they can only do so much.

Tanya Spears costume is actually respectable. (If it weren’t I’d be disappointed. She’s 16, bruh.) I’m super geeked to see her throw people through buildings and show people how smart she is.

If she can fly?!?! Do you know how aerodynamic afro puffs are?

Let’s all take a moment and commend DC for making the right decision and righting a wrong.