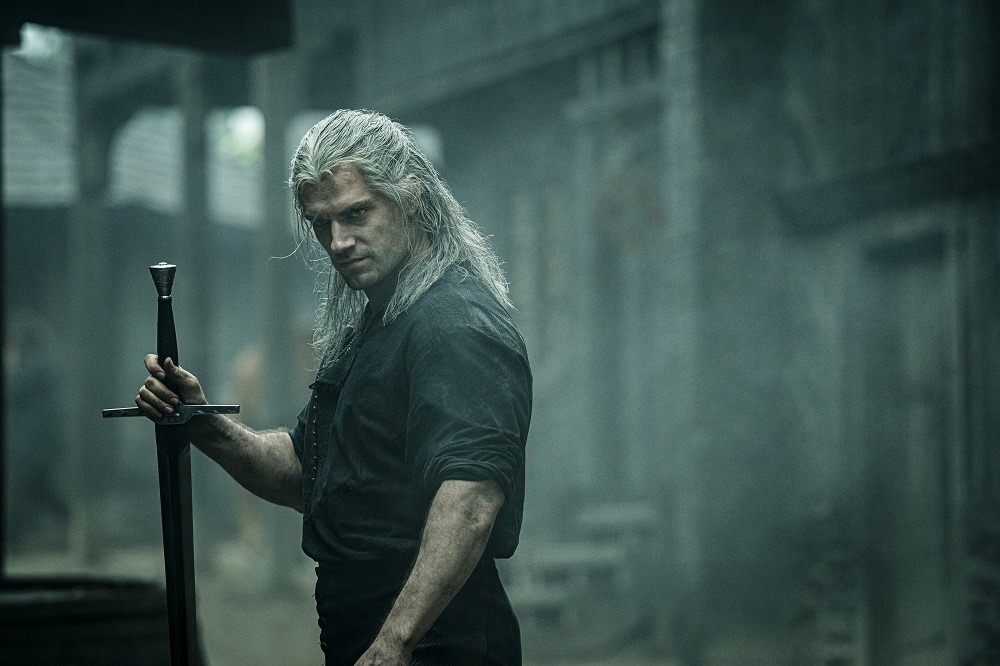 It’s hard enough to make a quality TV show these days without any more added pressure. The market is saturated (and had been even before the streaming wars kicked off), everyone’s attention is divided and folks are less likely to wait out a show to get better. I think about shows we think of as classics that had slow starts and it’s hard to imagine all of those shows would’ve lasted as long as they did if the began in this era. The even taller obstacle for fantasy series is the dubious task of following Game of Thrones. I’m guessing that history may include a very dubious and non-consensus opinion (unlike say a Breaking Bad or The Wire) as plenty of folks believe it failed to stick the landing. But there is no denying that it was the biggest TV phenomenon ever and easily the most successful drama that used fantasy or sci-fi elements while keeping viewers every week. Now that it’s over (and HBO has already cut one of the two prequels it had planned) every network is looking for the next Game of Thrones. Any network not named HBO would benefit from that kind of bombastic fandom as it would probably pay bills for years.

The Witcher, debuting for Netflix subscribers on December 20th is not the next Game of Thrones. Which isn’t to say that it can’t be as good. The source material, for my money, is just as strong if not stronger than the collective of George RR Martin’s epic A Song of Fire and Ice. While it has been billed as possibly the next Game of Thrones, it is a wholly different show, despite the similar aesthetics. As much as we love it, the medieval look/time association where magic and creature exist is still a trope. The Witcher is no different. If you didn’t know the below the surface stories and character details, you could look at Game of Thrones and make a comparison. The similarities end quickly though. 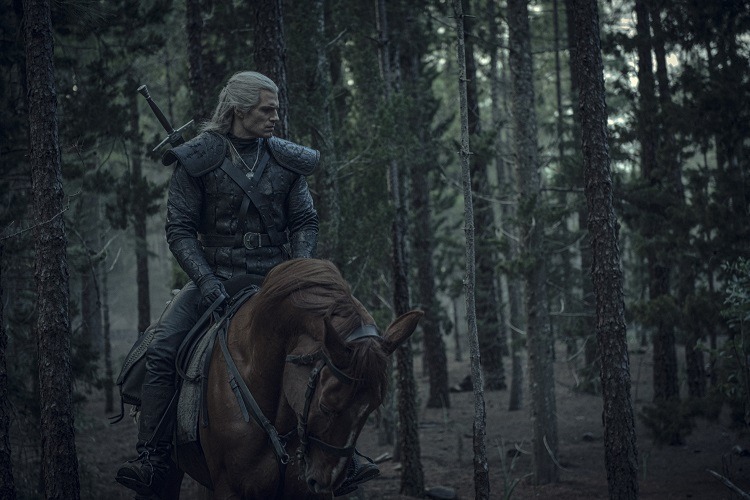 The Witcher, adapted from Andrzej Sapkowski short stories and novels focuses on Geralt. Geralt of Rivia if you nasty (I can’t wait till you all get to see how he gets that title). Geralt is a Witcher, a guild of mutants who were once human, modified to use some limited magic, have beyond human reflexes and a tolerance for ability-enhancing potions all for the business of monster slaying. Monsters roam the world of the Continent and there is nobody better at getting rid of monsters than monster slayers for hire. It is deemed as their sole purpose, often at the detriment of making moral decisions, involving themselves of local politics, etc. Witchers are the most pragmatic of beings, so the idea that their transformation stripped all their emotions away has become myth. Geralt, who often tries to adhere to that principle, is the exception to that rule. The entirety of the Witcher follows what happens when a Witcher who has pledged himself to care for nothing more than the monster and payday that comes with, decides to get involved with the lives of those he encounters. And that decision alters the fate of the world.

One of the strengths of The Witcher, like any good worldbuilding fantasy is that when we meet Geralt (played by Henry Cavill), he is already the most famous Witcher alive. Alive being the keyword here as the guild is dying out. We are told through some dialogue a few episodes in that Witchers live for long times but can also be killed rather easily, have not grown their numbers because the method to make Witchers seems to have been compromised. They have also done their job too well, killing so many monsters over so many years that less and less of them exists, which means that work is harder to come by. All this adds to Geralt either being in high demand when the need arises like a monster stalking a small town or him being regarded as a repulsive creature that regular folks avoid like the plague. This often happens simultaneously. But in this world, as Geralt states in the first episode, the monsters aren’t just the grotesque creatures that dwell in swamps and crypts. They are more often people themselves. And again, people are willing to pay to have the latter taken care of too. 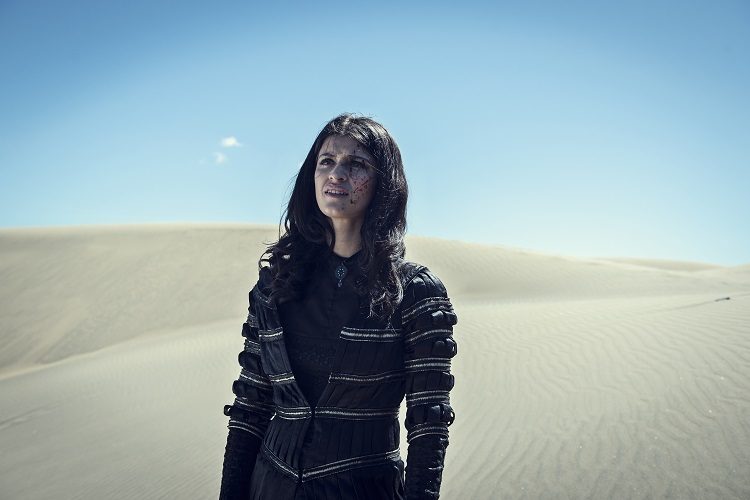 The challenge of adapting The Witcher was always going to be a question of when you started from the source and then of course how. In Sapkowski’s book chronology, the story begins with two books of short stories before the novels begin (which is BEFORE the games). Yeah, there’s A LOT of story in The Witcher series. You of course want to see the story from the beginning, but the short stories are just that, vignettes often not tied together too much and not necessarily chronological. The show tackles this ambitiously but telling the story the same way. To avoid it being a jumbled mess though, the story is anchored by three characters: Geralt, Yennefer and Cirilla. Yennefer (played by Anya Chalotra) is a sorceress with an extremely pragmatic nature herself, desiring power and control above most things.

The show gives Yennefer more backstory, at least explicitly than even the books do to explain her often cold and selfish nature. Cirilla, better know as Ciri and embodied by Freya Allan, is the sole princess and heir to the kingdom of Cintra. Her grandmother, Queen Calanthe (who is magnificently played by Jodhi May) rules the kingdom absolutely. Cintra plays a major turning point in the story in the ongoing war the North has with the empire of Nilfgaard (think of the British empire at the peak of its power and expansion). 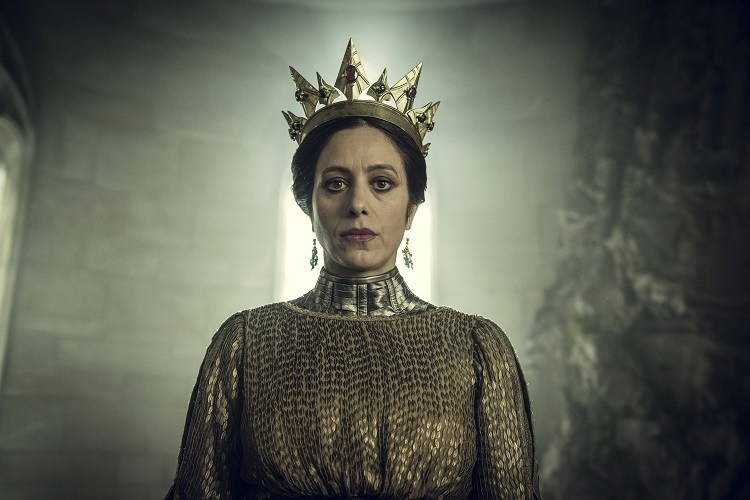 This is also a beautifully rendered world. Netflix knew what it had here and spared no expense. It is a fantasy series that includes magic and mythical creatures with tons of action and fast-moving targets. Essentially, there’s a lot that could go wrong or take you out of a good story with bad visuals. That’s not the problem here. Whether it’s Geralt fighting Striger in a dark crypt or Yennefer summoning portals traveling across lands, it all looks great and immersive, never undercutting the story its telling.

I didn’t get my wish for the empire nation of Nilfgaard to be mostly Black, but the cast is as diverse as it could be, even most of the main characters are what you would expect. The source, being from a Polish writer with mostly Polish folklore informing the narrative is about as white as you can imagine in it’s character portrayals (which is later reflected in the games). The world in the TV show feels a little more divergent from the source in a good way. The world feels richer and fully realized, ranging from soldiers to different factions where an othering from a mostly white population made sense. 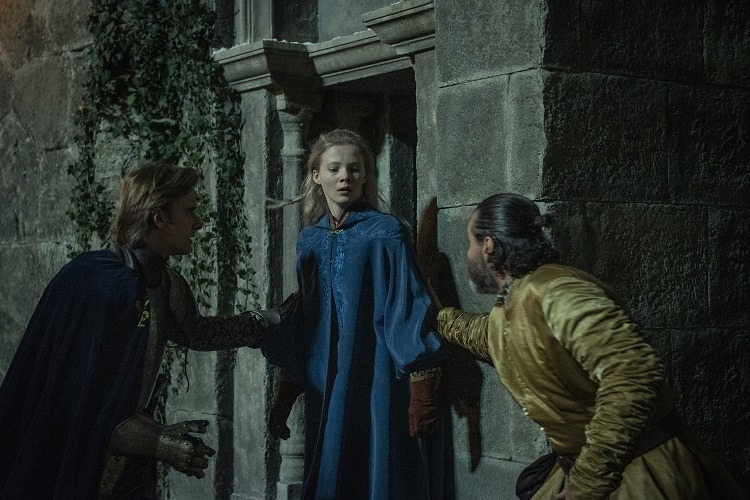 Of course, one of the largest questions from when The Witcher was first announced was who was going to play Geralt. There were some mixed reactions (including from me) when it was announced that Henry Cavill would play the hero in what would probably be the most nuanced portrayal asked of him yet. You can find a lot of videos and stories about how much Cavill cared about Geralt and this story from him reading the actual books in their entirety to how he came up with Geralt’s voice. Let me just say, I’m fully in the Cavill camp now.

I won’t make this a backhanded compliment, but I’ll just say this is his best performance to date. Geralt has a silent complexity to him that becomes more and more robust over time. This story reflects Geralt in his most “just business” disposition and Cavill does a great job of showing Geralt as having something beneath the surface that isn’t ready to explode out yet. And physically, lawd, he does the job. There’s some great action involving Geralt throughout the episodes, but the first episode, which shows how Geralt became infamous and nicknamed The Butcher of Blaviken, is a master class of showing how an overpowered legend should perform to give us an idea of what they are capable of.

The performances are good all the way around including Chalotra and Allan, though the first five episodes I watched, much of Ciri’s storyline is still dominated by Calanthe. And again, those scenes are in good hands with May. Also, kudos to Joey Batey who plays Jaskier, Geralt’s eventual best friend and bard, with such glee and depravity that rivals the books or the video game versions. He’s a lot of fun to watch. 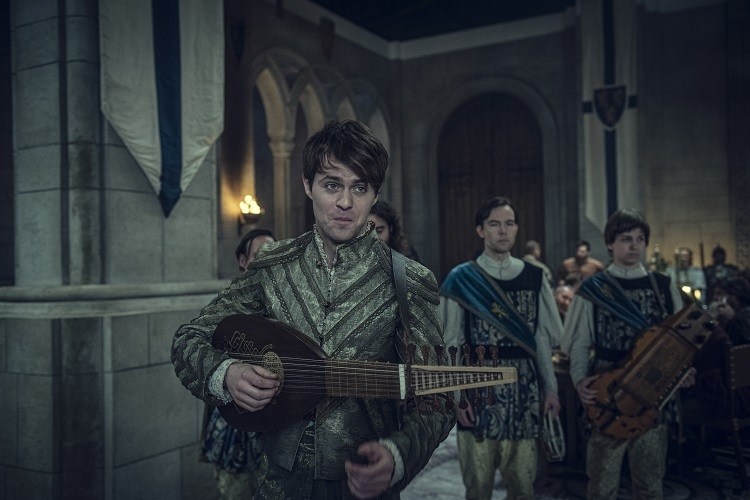 It’s difficult to say this having just watched a phenomenal season of The Watchmen, but The Witcher is primed to be one of the best shows of the year. They have spared no expense, done right by the source and treated this like a show that could be an amazing feat. So far, it’s off to a good start.