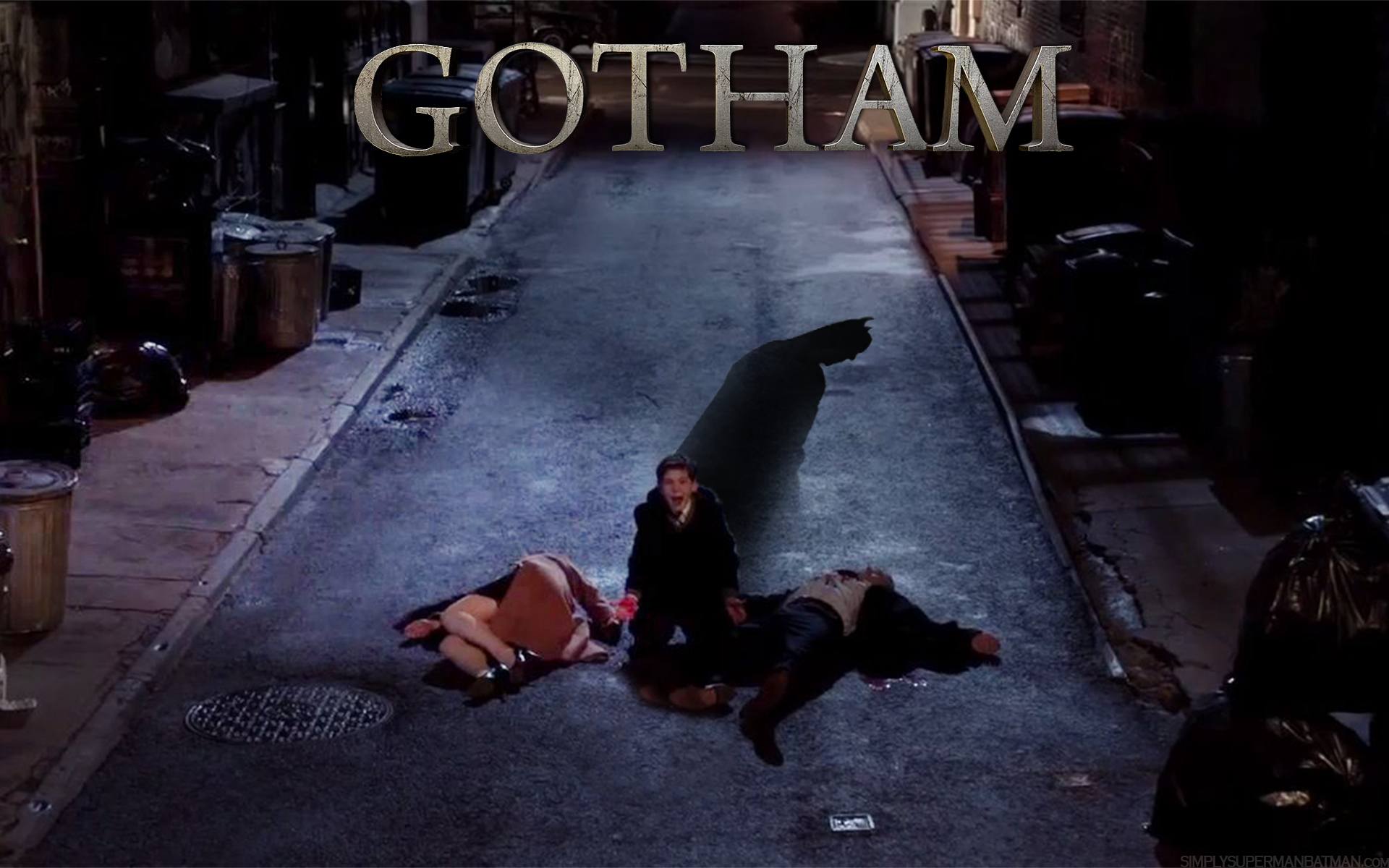 The first season of Gotham has ended and I have to admit I’m pretty impressed with what they managed to do with a show I really expected to be sub par material. The acting was decent, plotline was thick with twists and returns and the action was filled with a substantial amount of carnage. Now I’m not calling this the t.v. version of DareDevil or anything, but it dam sure ain’t the upbeat, colorful, fun show that the Flash is (which I love btw). Na, Gotham is like the boyfriend your single mom started dating that you knew you were gonna despise as soon as he dropped the ball. Only this boyfriend happened to be a former wild tiger trainer with some of the dopest stories you’ve ever heard.

Gotham is all about that gritty city where Batman hails from. But what makes this show isn’t the story about a young billionaire Bruce Wayne the difficult decisions of rockin the double breast or sweater vest. It’s all about the city and how the city molded each and every character that we grew up loving or hating.

The story centers around a young James ‘Jim’ Gordon at the Gotham City Police Department (GCPD) before he became Commissioner. He’s just a lowely detective tryna do the right thing in a city of currupt cops, bribed politicians, territorial organized crime rings and psychopaths by the dozen. Detective Gordon is a legacy at the GCPD cuz his pops was that dude back in the day. His first day on the job sees him partnered up with one of the more reckless veterans, Harvey Bullock. Bullock has a big back story in the world of Gotham but he’s basically one of the guys who has a connection with multiple gangsters in the city.

Bullock doesn’t want Gordon as a partner because he’s a goodie 2 shoes, by the book, hotshot but as the season progresses Bullock realizes Gordon be running up in burning buildings rescuing children on the 3rd floor, safely diving out of windows with babies in hand, firing the most insanely precise head shots to rescue damsels about to be tortured and assaulted, among many other Dirty Harry/Robocop type tactics that makes me wanna get my DareDevil suit out dam near 3 times an episode.

Needless to say, Bullock eventually becomes someone Gordon can count on.

The first case Gordon stumbles upon is the murder of Thomas and Martha Wayne which most people will recall is witnessed by Bruce himself. Much of the season is centered around Gordon’s promise to Boy Scout Bruce that he will find out who killed his parents and bring them to justice.

Gotham is run by the velvety smooth old school Don Carmine Falcone and the younger and more brash Don Sal Maroni, who spearhead the two biggest mobs in the city. Fox did quite a marvelous job casting Jada Pinkett Smith as the wildcard gangster Fish Mooney who gives us many of the most outrageous outfits, quotes and moments this show has to offer.

Despite Mooney’s at times laughable character, this show is very grounded in the very real viewpoint of a local city detective trying to clean up the dirty streets without much help from anyone because of the grip the mafia bosses have on the city.

Luckily, the creators of the show didn’t shy away from giving us some glimpses and origins of the biggest and baddest villians that we all grew up loving to hate. We get Catwoman in a young street smart Selena Kyle.

We get a sickly kid version of Poison Ivy and a look at the start of more notorious villians like Penguin and Riddler. They of course, haven’t become these iconic characters just yet, so it’s pretty dope watching riddle posing weirdo forensic scientist Edward Nygma commit his first murder and drop an OD maniacal laugh that gives you the feeling that this is the first of many bodies that The Riddler will litter the streets of Gotham with.

Get a glimpse of Harvey Dent before his Two Face days and one of the most interesting aspects of the show, for me, which is watching sniveling slime ball Oswald Cobblepot scheme his way up the mob ranks using deceit and betrayal while taking a baseball bat to the face of any Gothamite dumb enough to call him Penguin.

Lets just be honest, my favorite aspect of the show is the sheer disregard for safety and protocol in this city. On Gordon’s road to uncovering the truth about the murder of Bruce Wayne’s parents and bringing villains to justice, they get down and dirty folks. Death is handed out on a daily basis in Gotham. People get murdered on the reg, headshots get delivered, knives are driven deep, torture is rationalized, and bad guys always finish first. I love the inclusion of illegal activities mixed with the GCPD’s efforts to thwart said activities and how it all plays out. The breakdown of how the mobs run this town tonight and every night is real. 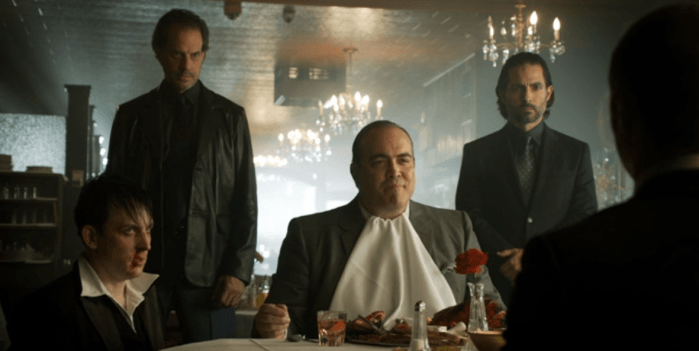