Off jump, Tokyo Godfathers is a classic. It’s a critically acclaimed film, it’s a tour de force in the world of animation and it has sincerely one of the best narratives about family in a film in this decade. Sidebar: it’s also one of my favorite Christmas films. (Look if y’all keep saying Die Hard fits that category, then Tokyo Godfathers does too, Fight me.)

2020 continues to be a year that wants to test our combined limits of how much grief, severe annoyance and disappointment in our governments and dystopian feels we can take so to hear news that such a film is bringing brought back, remastered with care to theatres makes my heart smile. Seeing Satoshi Kon’s Tokyo Godfathers in the news brings me a little hope in helping to set this God awful year right and hopefully back on track. 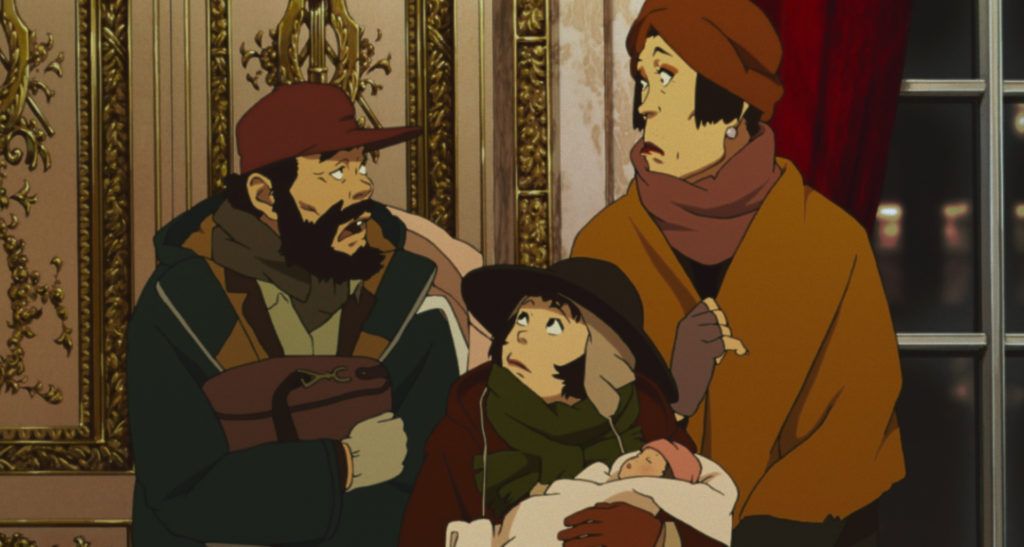 The film follows three homeless people’s lives that are changed forever when they discover a baby girl at a garbage dump on Christmas Eve. Set in modern-day Tokyo, as the New Year fast approaches, these three forgotten members of society band together to solve the mystery of the abandoned child and the fate of her parents. Along the way, encounters with seemingly unrelated events and people force them to confront their own haunted pasts, as they learn to face their future, together. There’s plenty of hijinks and proud declarations mixed with themes of hope, found family, facing great odds against you and being at your wits ends when people don’t recognize your humanity. 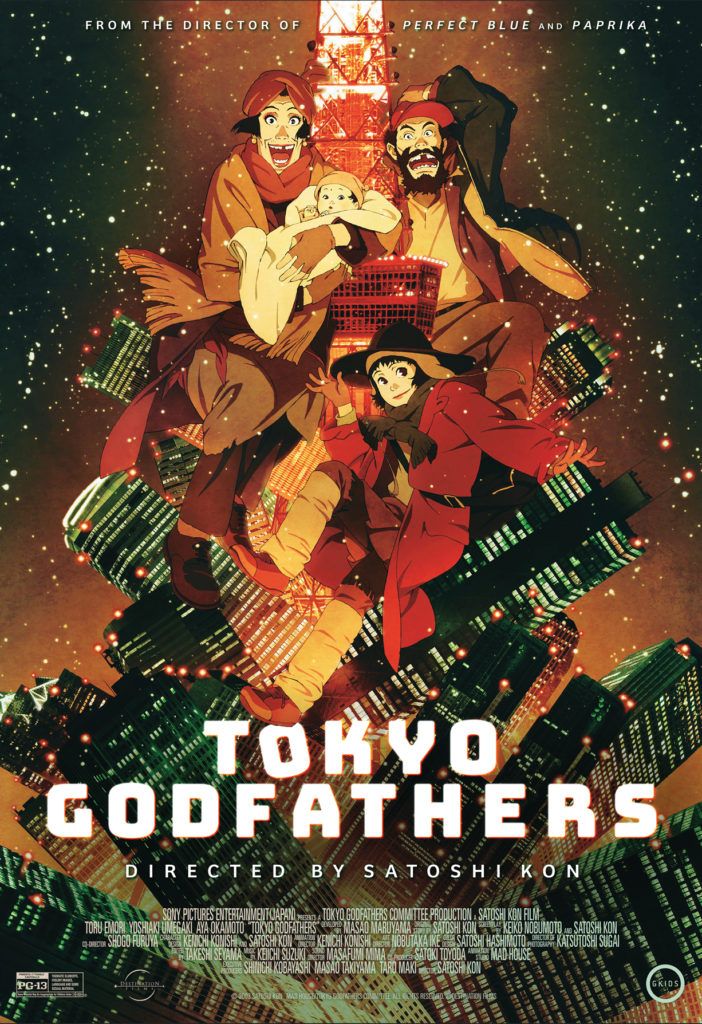 When I think back to my first viewing of this film, I remember what stood out the most: the challenge present of our protagonists and how people failed to acknowledge their humanity time and time again throughout the film even though they were on a noble mission. With already having a strike against them by society for being homeless, they were also — an alcoholic, a drag queen, and an 11-year-old girl. From cops to shopkeepers to scary men who like to inflict violence on those who are less fortunate, the trio is put through the wringer.

They were constantly dismissed, belittled, harassed, ignored and even physically beaten for the audacity of existing. While adding an abandoned infant on Christmas Eve to their watch sets off this adventurous tale, I never forgot this charming film and how redemption and hope can touch anyone and how doing the right thing isn’t always the easiest task. Tokyo Godfathers is exactly a film with the right messages that so many of us can care to see right now in this dismal beginning of a year that I can only hope deep down will become brighter and better.

Miyuki: God must be busy at this time of year.

Hana: Better once a year than never.

And look…has it really been ten years since director Satoshi Kon’s death??? His golden filmography includes such beloved films that include Perfect Blue, Millennium Actress, and Paprikra which have stood the test of time in storytelling that aged well and has served as influence for the film industry–even outside the animated industry! In the sphere of Hollywood, I can think of Black Swan and Inception off the top of my head that fit that bill.

To know that Tokyo Godfathers hasn’t been forgotten and will be introduced to a newer generation of fans of anime, to know that a newer generation of fans will get to be introduced to a master of storytelling that we haven’t forgotten is a lovely tribute to the visionary, warms my heart and gives me a little peace to take with me when I think about tomorrow. 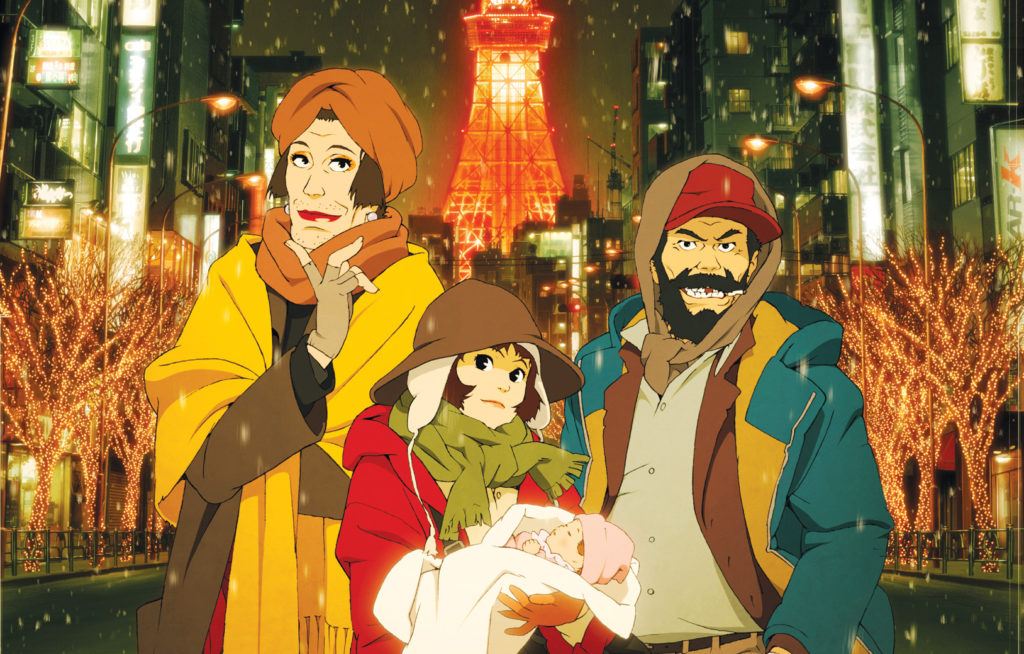 This adored classic will be in theatres in all its restored beauty come March for two nights only! Co-written by Keiko Nobumoto (Cowboy Bebop, Wold’s Rain, Space Dandy) and featuring an endearing score by Keiichi Suzuki (Okko’s Inn, The Earthbound video games), this is one you just can’t miss this year!

Keeping fighting the good fight against the oppressive and disheartening circumstances and news cycles what seek to keep you down and treat yourself to this film about family, keeping the faith in dark times and the necessity of doing the right thing—always.

See more about tickets and other information

Tickets are now on sale! ✨

TOKYO GODFATHERS, from Satoshi Kon (#PerfectBlue #Paprika), returns to theaters in a new restoration on MAR 9 & 11!