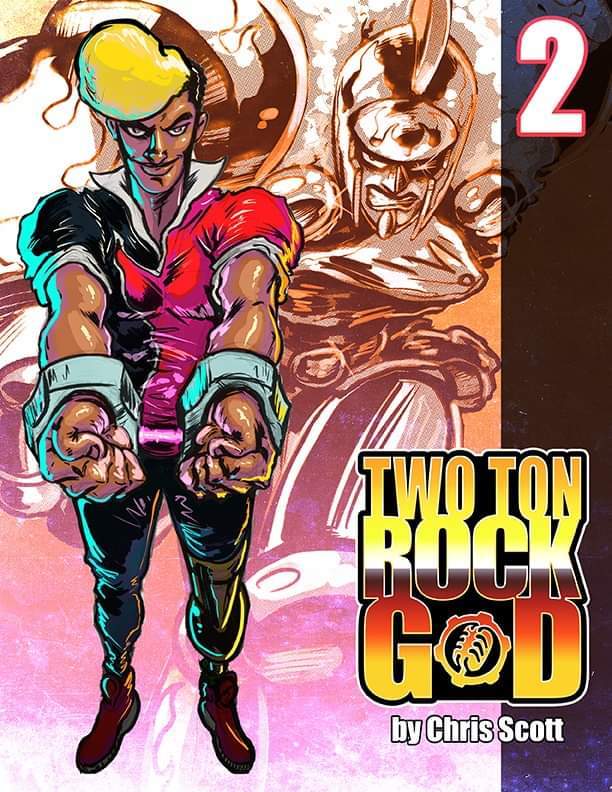 From the inaugural issue of Two-Ton Rock God, I concluded my review optimistically: “if this is the warm-up, I look forward to seeing what the hell creator Chris Scott’s got for the setlist.” The pages I had read setting up the saga of aspiring string mage Rocket Washington held the energy of a debut album. The second issue left me feeling similarly…but where the first issue set the rhythm, the second slows down the tempo.

This isn’t to say that Scott’s Afropunk future has lost a step between issues. At every turn the linework and colorization are still a riot to explore, radiating the boldness of graffiti combined with the energy of animation. Panels feel like condensed murals, especially a full-page spread of Scott’s protagonist darting through a crowd. His characters still exchange dialogue that gives the vibe of a cult classic B-movie: equal parts shonen bombast and self-aware wit.

A refresher on the occupation of Two Ton Rock God’s prime mover, Rocket: as a string mage, he’s part musician, part Jojo’s Bizarre Adventure-style Stand User. Partnered with a slightly-larger-than-average-human-sized robot called a ‘rhythmech’, string mages take each other on in actual battles of the bands. Rocket’s on a high from last issue after he and his mech pal Moxie achieved their first victory.

His head is pulled out of the clouds by the most vocal opponent of the path he’s chosen: his mother. Cassie Washington doesn’t want her son anywhere near the string mage life, but her mood betrays that she clearly knows more about the path that her son’s chosen to pursue than she’s letting on. Pushing past these feelings, she hits Rocket with the realness: if he’s going to continue on this road, then “YOU BETTER WIN”.

Take It To The Bridge?

Others are less easily won over in their schemes to stop Rocket’s ascendance. His next opponent, Roman Cordova, has plans to stop the young string-mech before he ever reaches the ring. This involves hiring thugs to ambush Rocket and Moxie. While the two handily dispose of their foes, an encounter with the police might prevent them from reaching their fight with Cordova in time….

My most positive critique about Two-Ton Rock God is also the meanest: I want the rest of it! It’s disrespectful to demand more from Chris Scott after he’s clearly poured so much of himself into this, but I argue that he’s done his job too well. The final page of Cordova menacingly superimposed over the ring as our heroes approach is an evocative classic cliffhanger — the bridge before the climax of the song. Things are in the air right now for Rocket, which makes me all the more impatient for TTRG’s creator to Simone Biles the landing next issue. 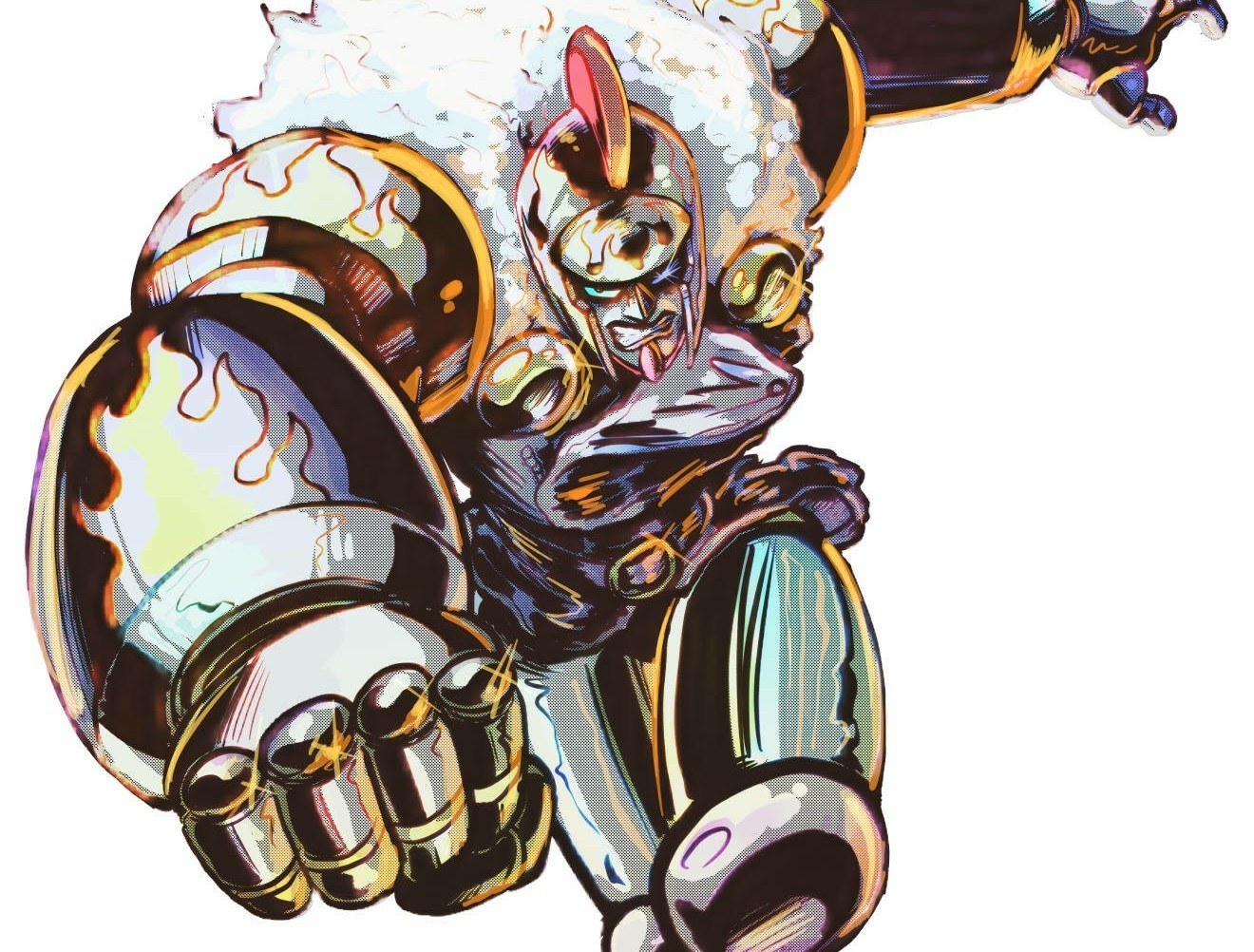