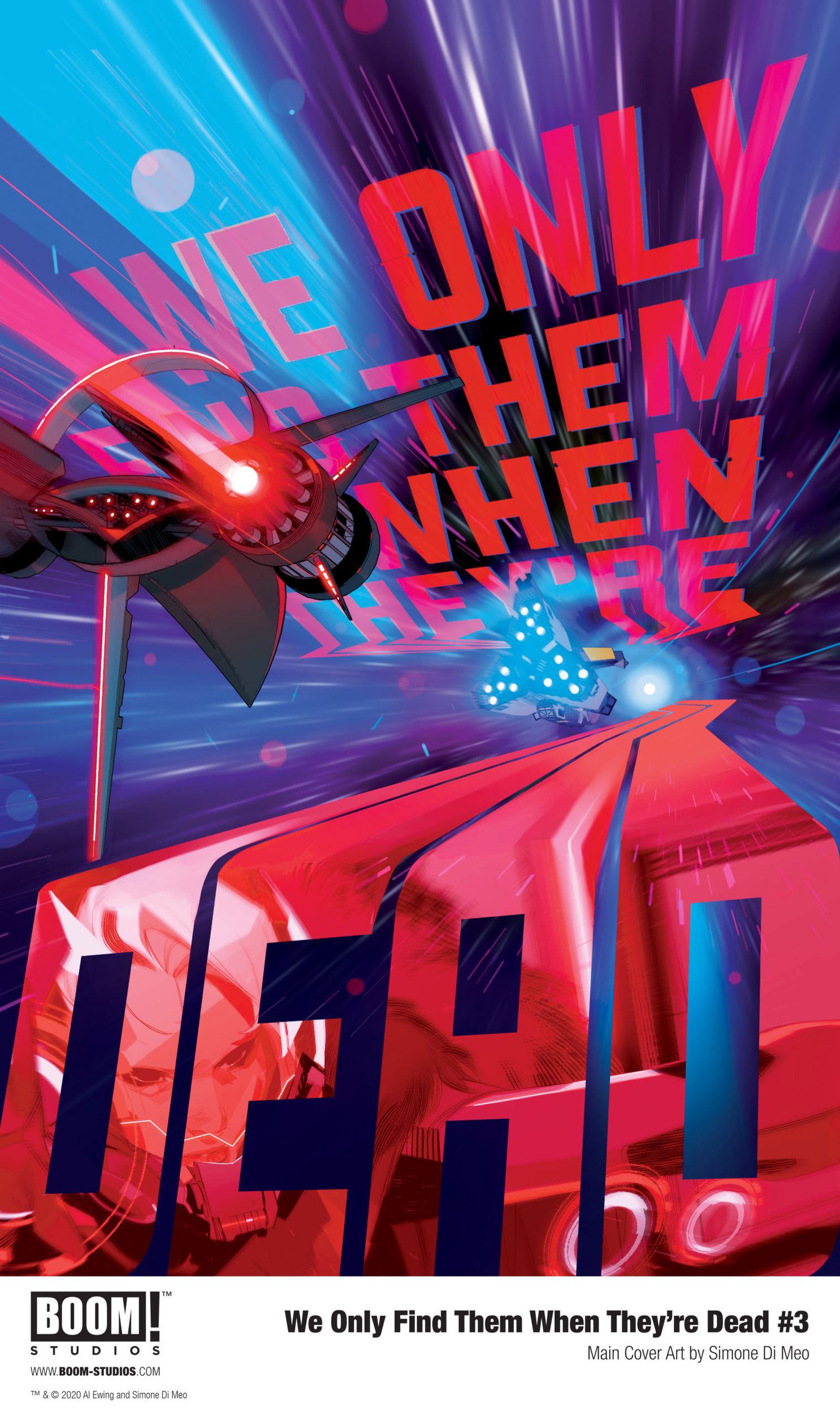 An escort ship with a crew of one.

The effectiveness of a dark reprisal is predicated on how well utilized the original refrain has been implemented. That said, the cadence of “an autopsy ship with a crew of four” has been so incredibly effective over the last two issues of We Only Find Them When They’re Dead. This means that when Ewing changed things up, it did in fact shake me in the best way possible.

When we talked about We Only Find Them When They’re Dead #2, I talked a bit about the dense exposition on every page. Every single dialog bubble was filled to the brim with information that contextualized the world at large but was also verbose at times. There are still blocks of text in issue #3, but time and space were set aside to make sure that Di Meo had ample opportunity to show off with a couple of pages completely devoid of any text. Di Meo capitalized on the moment with some truly stellar full page artwork that captured the awe-inspiring majesty of the Gods in the old school biblical sense of the word, i.e., terrifying in the best way possible.

It’s decisions like those that showcase the true strength of comics: the ability to have a single, crystallized moment surrounded by multi-modal exposition and have it be understood and scrutinized. The creative team’s ability to collaborate and build towards the grand moments contain that much more gravity when they do occur.

I still have the same thoughts about the series as a whole. I think Ewing’s writing is still excellent and that Di Meo is doing some incredible spreads. I think it’s going to read a lot better as a proper trade, but as a monthly series, it’s definitely worth engaging with if you’re a fan of science fiction.