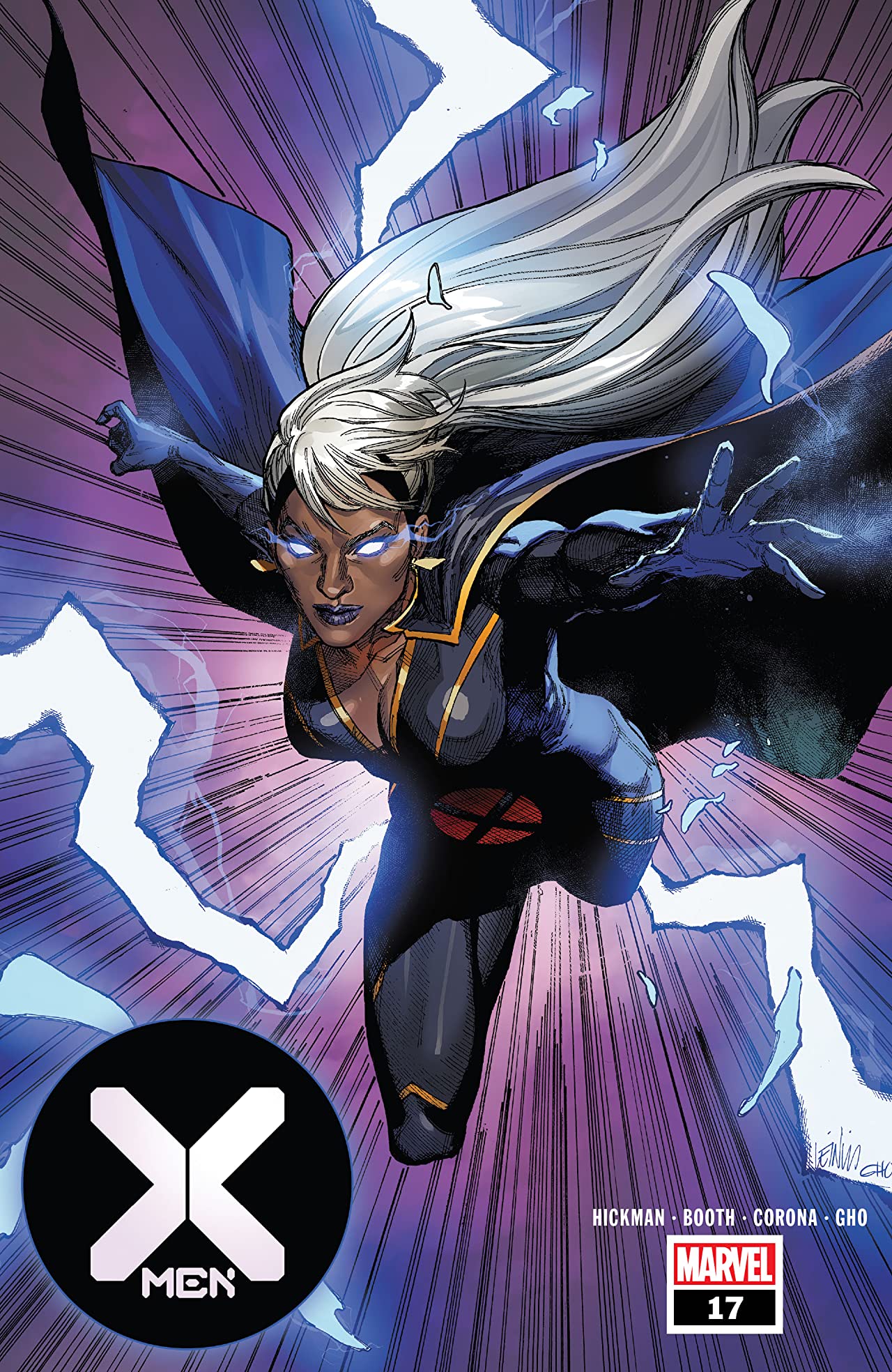 You heard the news? Jonathan Hickman called up Brett Booth and said I want the 90s Jim Lee vibes BACKKKKKKK!! Booth hit the booth and stepped out with X-Men: The Animated Series ink dripping off the page! And this was the issue to bring it as three of the greatest mutants of all time are called on to help restore balance to the galaxies. And what Booth do?! He hit the team with the Hardwood Classics throwback X-Factor unis to stunt on every sentient being in a million light years. Oh and he gave us controlled space chaos to soak up as the X-Men do what they do best. It was glorious!!

This issue of X-Men starts off with a proper explanation of why society across all of space is in shambles and on the brink of further ruin unless the Shi’ar Magistrix is found, and the power of the empire is restored for all to see. With the X-Men firmly establishing themselves in the inter-galactic hero business following that first S.W.O.R.D. issue, it make sense why Cyclops, Marvel Girl, and Storm are tapped to track down one of the most important beings alive.

These three are supported by a few New Mutants by the name of Sam and Roberto, and actually helped by Smasher when the plot thickens like corn starch was just added to the stew. Deadbird and Oracle lend a hand here and there, but it was the OG X-Men show and everyone else was simply in attendance. But back to Sunspot and Cannonball. Hickman must really enjoy expanding on one the greatest friendships in Marvel because the exchanges between these two are absurd at best and definitely tiring as all hell presumable tiring for Smasher.

Before I go on, I really have to stop and thank Hickman for refusing to forget about the powerful friendship and incredible bond of leadership between Cyclops and Storm. Both have such distinct characteristics and leading styles but in due time you will always find that they’re on the same wavelength and I can’t get enough of it. The “Was that me or you?”, “Hard to tell.” exchange sent me to the mutant pearly gates! Brett

Booth absolutely nailed this issue, and I want to see him make another appearance down the line. While the stakes never really felt that high, this was such a fun book to read and extremely rewarding for longtime mutant fans.

9.5 ‘Debts Owed To Storm of Krakoa, Vanquisher of Rebellion’ out of 10