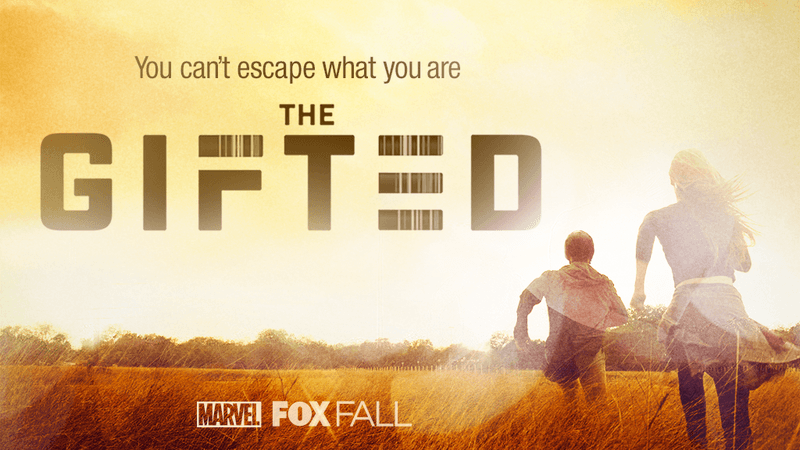 [divider type=”space_thin”]
This new X-Men TV show is flying under the radar something severe. I had no clue the trailer dropped until I went on one of my midnight trailer binges, then I hit play and by the end I was… not mad? I can’t really put into words how much trash I was expected to see. I’m talking about NYC garbage truck juice dripping from every scene levels of trash. But that’s not what happened at all. I was pretty dam impressed. I was pretty fuckin’ hype at the prospect of Bryan Singer getting back on his X-Men & X2 fire emoji game. You know, before that trilogy turned landfill. Peep the Gifted trailer to see what I’m talking about.

Do you want to know why I think Gifted could be a good show? Because I watched Legion, which was amazing, and it appears the creators/showrunners of Gifted borrowed a few pointers from that show. This appears to focus on some real shit that millions of people go and have gone through. Bullying in school. Simple enough. But when the victim of said bullying is a mutant who finally reaches their breaking point and fucks shit up because they can’t take the torment anymore, you have yourself the basis for a pretty good X-Men tale. Legion took the torment one man went through, and used that pain to create one of the most unique and captivating shows I’ve ever seen. I pray to the Old Gods and the New that this show will have a similar outcome.

Andy Strucker, our main character is very David Haller, in that he is not your typical looking lead. The scrawny boy is the perfect representative for bullied American boys across the nation. Hopefully he’s got the chops to back up this huge casting opportunity. His female co-star is the perfect little girl, until she keeps it a 100 with mom dukes and reveals that mutant truth. Shhheeeiiiiitttt I’ve seen what this actress can do, from her time on Gotham. Imma tell you right now that she’s about to own every single scene she’s in and I’m here for all of it!

The portrayal of mutant powers was my biggest concern going into this and I was glad I didn’t see shitty CGI and struggle budget special FX. The little robot hunters were cool. And although they teased showing the nitty gritty of the mutant powers, the locker room scene was satisfying enough for me to give this joint a shot. Then I saw the new Comic Con trailer and I was officially down for all of this Thunderbird, Polaris, Blink, and Eclipse young X-squad dopeness!

I was hesitant when they gave the reigns back to Bryan Singer, because he kinda let a trilogy that would’ve gone down in nerd history get ruined by that jabroni Brett Ratner. I think he learned from The Last Stand’s mistakes, has refined his skills with the First Class/Future Past trilogy and is about to helm that crack music. The jury is still out on this child of a mutant hunter tension, going on the run storyline and the fact that I despise everything about FOX, but I’ve been riding for X-Men since I was 5 so I’ll look past the problematic network and a few plot holes if they hit me with that real raw mutant shit. Gifted drops on Monday, October 2nd.