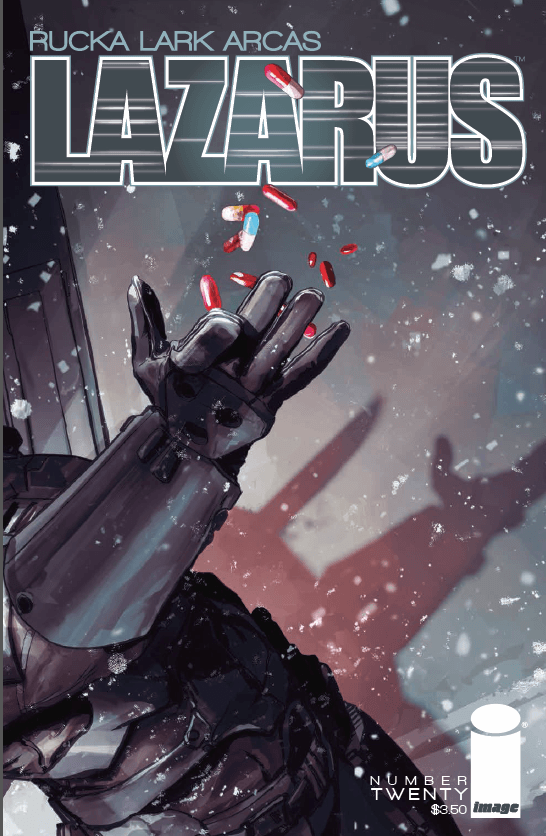 I don’t usually employ such language on my comic book reviews. I try to keep it concise and above board. But this issue is fucking spectacular. Period. I have enjoyed the Poison arc quite a bit so far and this is my favorite issue of the bunch. As Rucka told me in an interview previously, there are consequences to Forever abandoning her meds in the last arc and they almost resulted in a Lazarus that never rose again. Now Forever is on the mend and on the prowl while Commander Casey Solomon proceeds with the plan minus the baddest weapon on the planet to destroy Hock armaments. What also takes center stage here is Johanna Carlyle, who most definitely was about to stab her family and push it’s collective body into the lake when we last saw her. 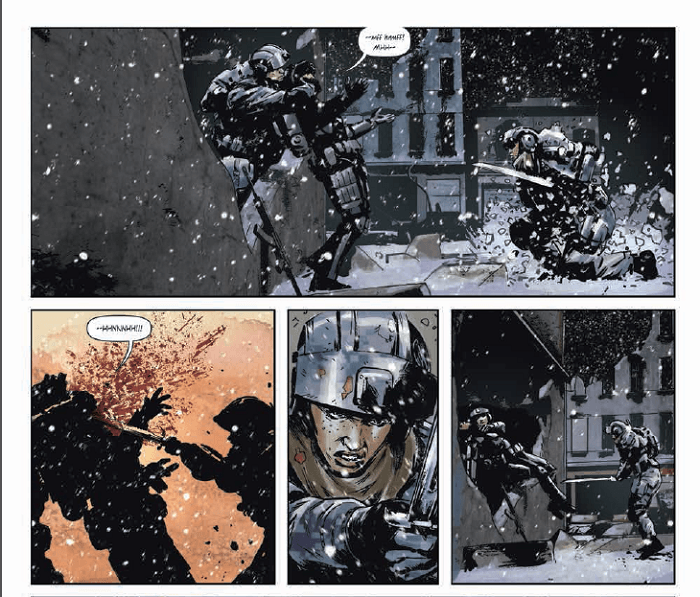 This issue highlights her resourcefulness, pride, and frankly, cut throat approach to matters. Outside of Forever (how great is that for the name of short story collection), Johanna has been my favorite Carlyle and this issue highlights it even more. Before I move on to Lark’s incredible contribution, can I just say that women in this issue are all outstanding. Johanna, Forever, Casey and even Marisol, the women were out here Getting Shit Done (not as colorful as when Kelly Sue DeConnick says it, but I try not to take liberties). This isn’t new for this title, but it’s always welcome when it is this omnipresent.

Now, onto Lark: He’s pretty spectacular, right? The action scenes look great, as always, but my favorite sections of the book where the art was concerned had to be Johanna’s sections. There’s an underlying gentleness in how she talks to Rihan, her brother’s lover. She understands the situation they face in never being able to get married and the situation that Rihan is in individually, even if she is using it all to his advantage. The use of shadow and exposure just captures what we all know is going to happen: Johanna is going to get what she wants out of the situation. 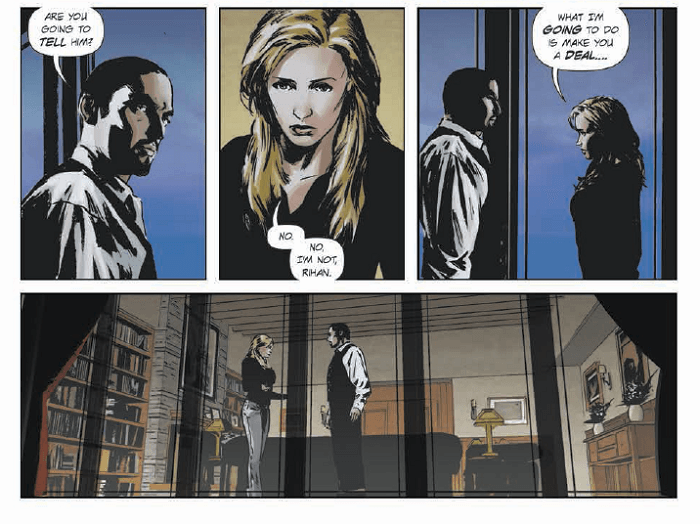 I have long touted this book as one my favorite comic books out and this was almost as good as it gets for the run. Considering this probably wasn’t the big finale of any sort, it was a spectacular issue that highlighted the potency of this arc and brought a lot of threads together.