AMC. The network that brought you heavyweights like Breaking Bad, Mad Men and The Walking Dead, along with the soon-to-be juggernaut Into The Badlands, the badass post-apocalyptic Mortal Kombat-style martial arts banger. Yeah, things are looking up for AMC, and there’s one more item on their current schedule you should be taking a look at: the distinctly unique and intriguing new show, Preacher. 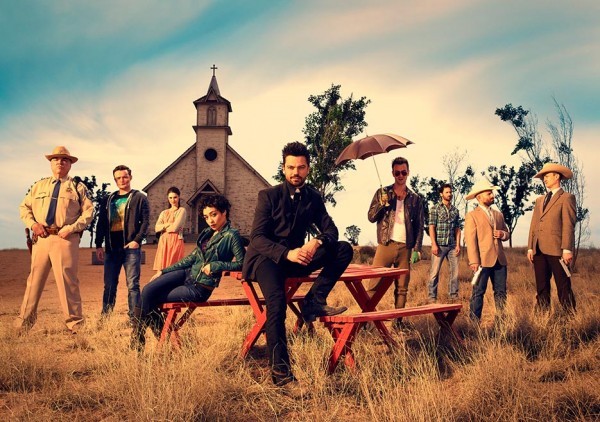 On the surface, Preacher is another redemption tale of a man who once led a life he is no longer proud of, and is trying to erase the sins of his past with today’s good deeds. Aaaaaand there’s a boozin’ Irish vampire, Western showdowns, aerial battles, classic bar fights, and a badass woman of color?!

Yeah, you heard right, folks. Preacher goes from methodical and expected to being the most gravitating, heart rattling, adrenaline-filled punch in the mouth I’ve seen from a season premiere in years. Seth Rogan is pulling strings behind the camera, as a producer, so you know it will be littered with tons of dark humor. His presence alone should tell you exactly how insane and amazing this show is going to be.

Oh and did I mention there’s a character with an ass for a face? Literally.