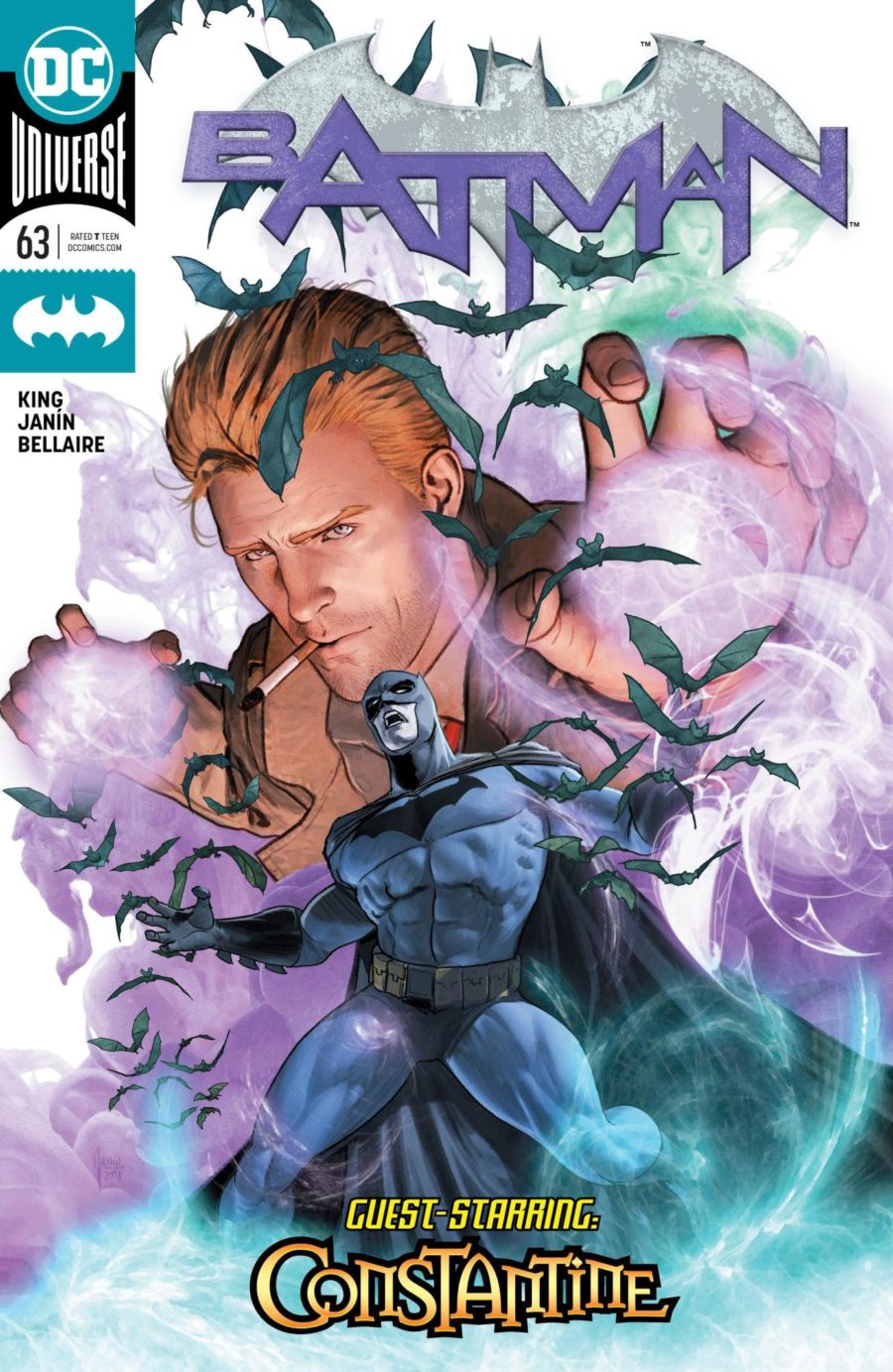 First question: Is Bruce Wayne a fan of Outkast? Because a panel in this issue definitely features a painting that reads “So Fresh and So Clean”. If so I take back all of the jokes I’ve made at his expense—out of love—over the years.

Now, as far as the actual issue is concerned, Batman #63 is surprisingly important to the current Batman mythos: in the middle of a run that could arguably be dismissed as “filler.”

After a few issues it’s clear at this point that Batman is unconscious somewhere after being knocked out cold at the end of issue #60 (by his father..??) Each issue since then has brought us a different level of what can only be described as an extended fever dream. This time around, we get to see what life would probably look like if Selina Kyle decided to show up at the last moment—against her better judgement—and become Selina Wayne on that rooftop 13 issues ago.

She and Bruce become partners, both in life and in crime-fighting, and things appear to be going beautifully. If, that is, it weren’t for the constant presence of John Constantine, gruff and cigarettes included, reminding Bruce that what’s happening isn’t real.

King manages to use Batman #63 to successfully give readers the fan service of “Brulina”‘s happy home full of adorable moments, a gloomy cameo, and steady progression towards the moment when Bruce eventually opens his eyes again.