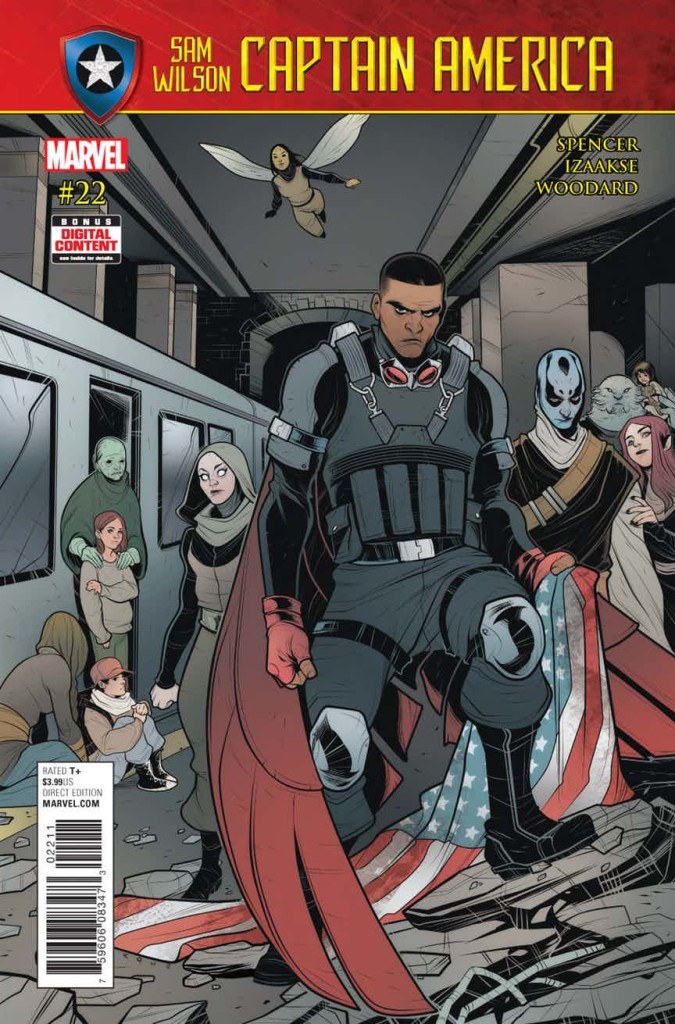 Man, it’s been a while. The last issue of “Captain America: Sam Wilson” dropped all the way back in mid-April. Issue #22 picks up in the middle of the overarching “Secret Empire” event where Steve Rogers reveals that he’s a sleeper Hydra agent and helps the criminal organization take over the United States.

Here’s the thing. I was bracing myself for this issue. A lot has happened in the month and a half between issues 21 and 22. Especially concerning both Nick Spencer, who’s writing both this series and “Secret Empire,” and the titles he’s working on. Personally, I’ve elected not to read the current event and didn’t ever really read “Captain America: Steve Rogers,” even before the “Hydra-Cap” reveal. I’ve got my Cap, and he can fly. I’ve stuck to this series, which has treated me very well.

At times, I feel like I’m safe inside my own house while the outside world is going to sh*t. While everyone debates about the damage of Steve Rogers supporting fascism and the real reason Marvel’s sales are in decline, I’m sitting on my living room floor with my feet up watching Sam Wilson tell a story I love.

Have there been moments in this run I didn’t agree with? Absolutely! Like Sam lecturing people about respectability politics in #20 or the complete mockery of millennial activists via the Bombshells in issue #17. “Consider this your trigger warning!” Seriously? Like, are we really doing this?

Despite all of this, “Captain America: Sam Wilson” continues to be my sanctuary in the storm that’s bringing a bit of chaos to the comic book industry.

Issue #22 catches up with Sam after he’s taken to a sanctuary of his own. Watching the system fail, yet again, was too much for him so he flew off to the desert to be alone. After checking back in at a nearby town, he’s suddenly hit with everything. Hydra’s taken over with Steve’s help, heroes are trying to stage a revolution and there are actually people who agree with the hostile takeover. Sam’s in the middle of rural, conservative America and surrounded by people who are scared of what’s to come. So they turned to the biggest counter threat they could find, Hydra, and put all their faith in it. 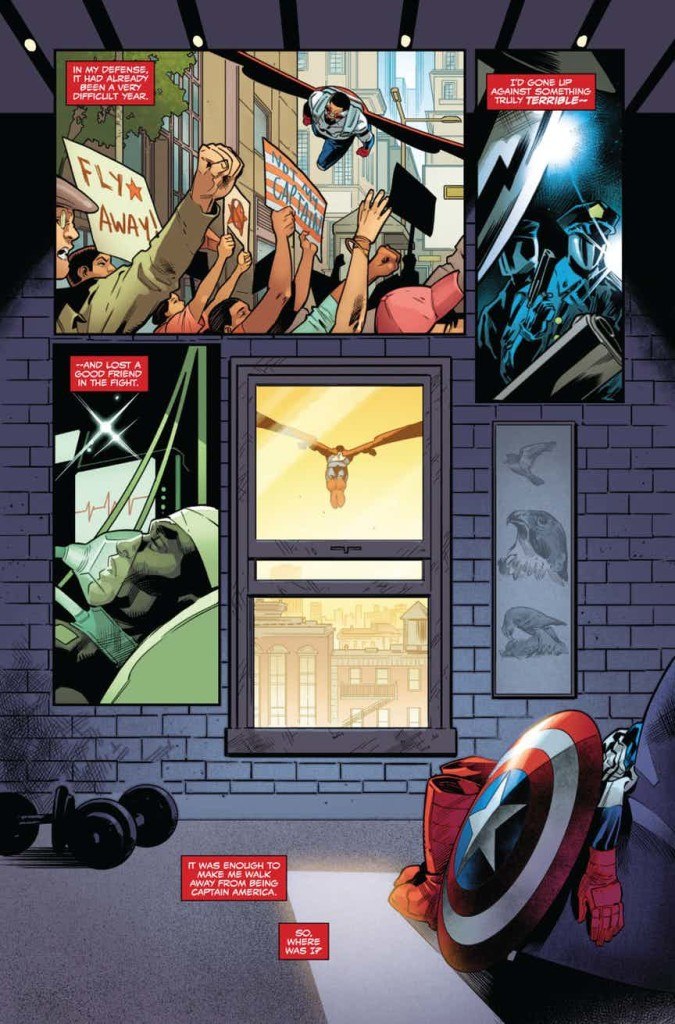 Instead of trying to take on Hydra in a war he thinks is already lost, Sam uses his resources to help people he knows he can. He does this by helping inhumans who would otherwise be rounded up and thrown in concentration camps across the border. He doesn’t do this alone, though. Nope. His first call was to to Misty Knight who “drove 2,000 miles through Hydra checkpoints just to get the opportunity to kick [his] ass.” I think we can officially say SaMisty is a thing we need to ship.

In the issue, Sam deals with the guilt he feels for abandoning his post and essentially leaving America without a Captain in a time of need. But he’s doing his part. He saves countless lives while keeping his head down. Or, so he thinks.