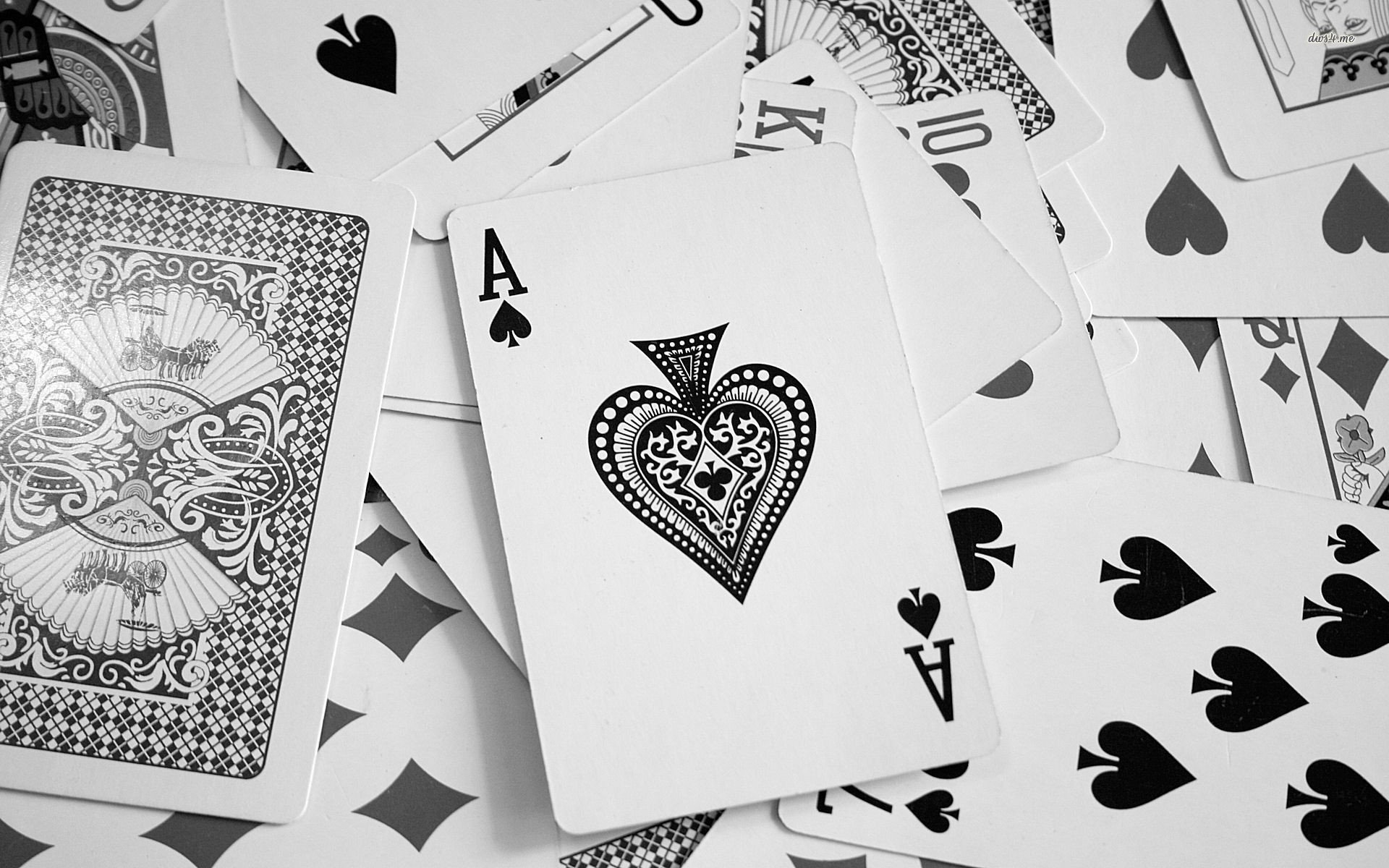 When it’s time for the games to come out in a Black household, function, or wherever that atmosphere be so Black; I guarantee you it ain’t going be Apples 2 Apples, Parcheesi, or anything from Milton Bradley. The choices will either be; Monopoly, Taboo, or Spades. This is the trifecta of games (honorable mention for Uno) in Black culture. Spades sits at the top of the oligarchy. Period. That’s a scientific law all Black folk understand. Legend says, if you’re able to master all three of these elements then the experience points on your Black card unlock a hidden level that only those who’ve achieved it can see.

I’ll never achieve that hidden level, because I don’t how to play Spades. I’m okay with that, but apparently my friends weren’t. Perhaps the Black Planets aligned ’cause we were in Brooklyn and had just attended Curlfest 2018. I come out my bathroom thinking we’re goin’ talk. Instead, I see my friends — Tasha, Bri, and Elvis — sitting at the living room table with a deck of cards dead center, giving me the intervention look. What part of the “Come-to-Jesus” moment is thissss?

Why Card Games Aren’t For Me: A Flashback Sequence

One of you negros talkin’ bout you feel seen or attacked run and get me two wings, a little bit of mac and cheese and a cold pop.

When I was in first grade, my mother and I use to live in Maryland. When my siblings would come to visit, the eldest, Kece (15), would play cards with Mom. Meanwhile, Travis (11) and I would play with our action figures (TMNT all day). You may be wondering why we’re having this anime flashback right now cause that seems like a nice family moment. That’s a hard no. Listen, Travis and I had to make sure we were fed cause when Mom and Kece started playing cards, that loving mother-daughter relationship went out the window. Gradually, voices would get a little higher, cards hit the table a little harder, and then that back-and-forth trash talk would come out. Travis and I would look at each other, look at them, pick up the toys, and walk into the bedroom to keep playing. We didn’t want to see how this was gonna turn out.

Cracking the bedroom door open, we’d watch them go at it. I’m like “Come on mom, she is a child. (hears what Kece said) *Gasp* That is your mother!”. Travis would say, “They can’t hear us, man. They’re too far gone. We’d have to be holding cards in order to reach’em.” Mom kept a book of all of the win-loss records between her and Kece for years. Whenever they got together, that book would come out and it was no-holds barred. My guy, that shit had me shook to play any card games. Mom tried to teach me Spit once and I said, “Look. I’ve seen how you and Kece get down. I can’t do that with you cause I know how you get. I’ma keep it strictly Switzerland with you cause I want zero problems Mam’.”

Meanwhile, in the present…

I just want to reiterate that I didn’t mind not knowing how to play Spades. That’s a skill tree on the Black card I was good with not unlocking. I learned Monopoly in South Africa…I don’t really have an affinity for it, but I know it. Now when it comes to Taboo (*clenches fist*), ask about me. I am the Rock Lee of that shit. I’d be whooping ass at the function, I’m talking 5-7 cards easy. Mom looking at me with pride, tellin’ folk

The problem with Spades is usually you have to learn by watching, because Black folk don’t wanna fuck up their win-loss record partnering with a newbie. Lemme be the first to tell you Black Nerd Problems’ Slack ain’t a safe space for not knowing Spades either. My own people out here exposing me online (Looks at Brittany). It’s a lot of pressure, man! “Fine, I’ll learn.” I told my friends. “Just don’t be out here yelling at me.” Now, I’ll leave the name of my partner anonymous so as not to ruin their win-loss record as they were doing me a favor.

When My Partner and I Win The Practice Round

Trying To Guess The # of Books I Have

Putting A Spade Down To Start The Round

Partner: OMAR! What are you doing?! A hand has to be cut before you can do that!
Me: See?! You’re yelling at me! …I don’t wanna play anymore.
Partner:*sucks teeth* 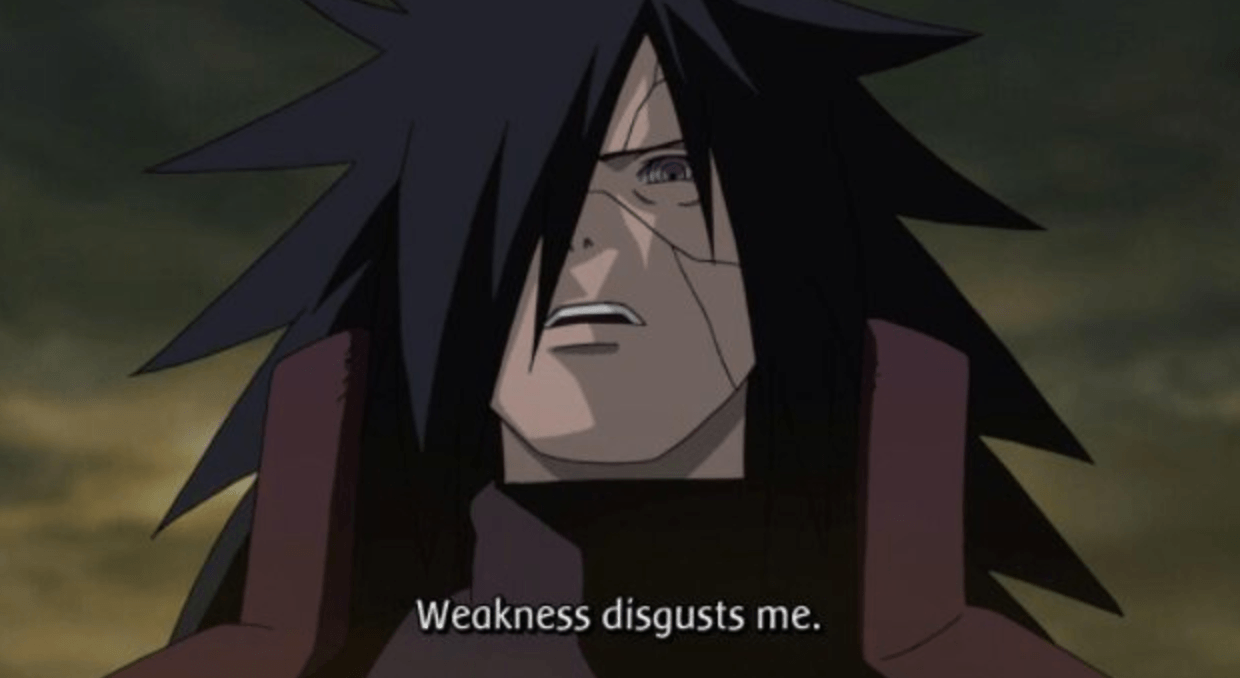 “I-I-I have two and possible?”

I then proceed to win 6 books and everyone just looks at me.
“There’s 13 books in total. If you’re off then that throws us all off”
Me: Well no one told me that.

When I Revealed The Ace of Spades

Sees My Partner Get Cut, So I Reveal The King of Spades To Ensure Our Win

Me, 6 Turns In, Screaming With My Eyes That I Do NOT Have This Shit

Getting More Calculated In Forcing The Other Team’s Hands

Once The Shit-Talking Escalated

At last, amongst all the shit-talking and scorekeeping, I could feel the level up happening. The sudden rush of Blackness doubling and taking over me. Yet, this time it felt different from when I finally watched The Wire (in 2015). I’m leveling up, but no longer occupying the same plane of existence. Could this be the hidden level I had heard about? Is there about to be a boss battle? Because I am not prepared for that. As I looked around me I thought I might have been transported to the ancestral plane. Tables and chairs started appearing. Folks began sitting at them and playing games of Spades & dominoes. Other groups were playing taboo (I didn’t see anyone playing Uno).

There were thousands of tables with all these elder Black folk from different eras and periods of time: all playing various games, all discussing grown folk business. My God. I realized this was it. I had earned my way to the grown folk’s grown folk table. I could hear Bri and Elvis explaining to Tasha (who is a Non-Black POC) what was occurring.

When I came to I had realized my Black card was leveled up (and apparently, I made catfish at some point during that out of body experience). None of this would have been possible without my friends (and my Spades partner, who shall continue to remain anonymous ’cause my Lord, we lost so badly) being there to literally step my game up. Now, I no longer fear the cut of the spade. I no longer fear the books, because anything is a possible!

Me: Ah, Okay. I knew you and mom played cards. I just learned, and I was curious if you knew how. Travis said Ex-cons taught him, so he learned straight from the source. Yo, so what card game was it that you and Mom would go at it over?

Kece: Oh, Gin-Rummy. You remember that?

Me: uhhhh, yeah man. When I talked to Travis and brought up you and mom goin’ at it over cards, he said, “Yeah… I remember that”.

Kece: *laughing* It was Gin Rummy. Then it was Rummy. As I got older we would include word searches, Wheel of Fortune (ten cents a game) and keep score for each game. She wanted to teach me how to play Spades but it was something about the suits or the books that I didn’t get at that age (6). So, it was easier for me to learn Gin Rummy. I think she didn’t teach me Spades, because she was so competitive and I woulda beat her. If she was here she’d say, “I didn’t wanna bother [teaching you] cause I woulda kicked your ass.” She tried to teach me Monopoly when I was about 6 or 7 but I’d lose and cry and she’d say, I’m not going teach you if you keep crying.

Me: That sounds like her. Hey, I’ve always wondered. Why would y’all be arguing?

Kece: ‘Cause I started winning! I started winning and she’d wanna double-check my cards and count my hand… “oh, that doesn’t go to this”, “oh, that point doesn’t count for this game”. So I said, “Well if you’re checking my cards, then I’m checking yours.” When I got older, you know what she had the nerve to tell me? That sh–

Me: That she let you win. Yeah, I know. She told me that.

Kece: YEAH! You let me win? You. Let. Me. Win.? Maaaaaaaaan, please. I’ll never forget the first time I beat her. She made it harder and harder to even come close. Which, to her credit, she was doing to make me better; but when I finally whooped her? When I finally whooped her ass? I’ll never forget that look in her eye. She looked up and said, “You won”, but it was the expression on her face. It was that proud-but-pissed look. Then eventually, she got the book and kept score for years. No matter where we were; if I was visiting or we were driving to North Carolina, we always had a deck of cards.