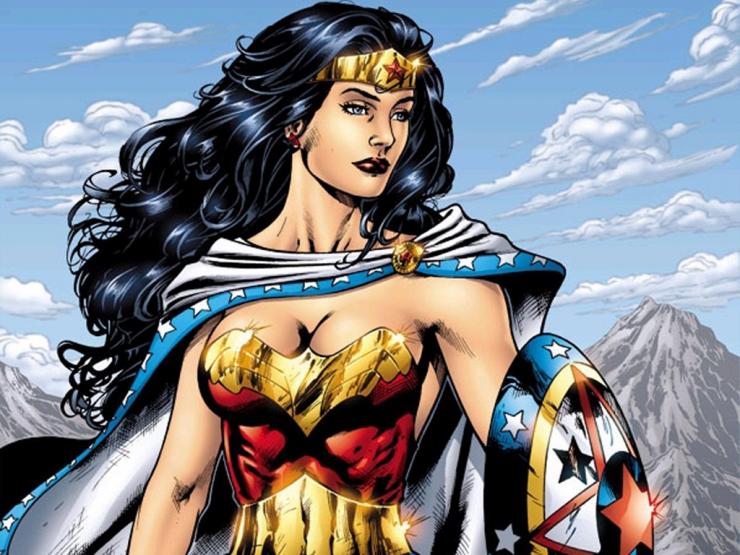 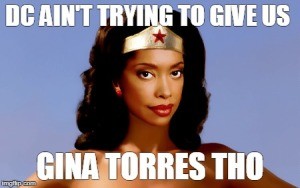 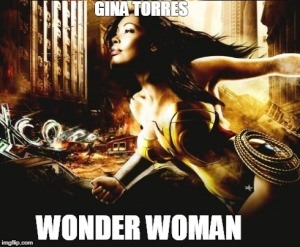 Ok, now that I’ve got that out my system….(DC Comics REALLY  Ain’t trying to let anybody prosper–Gina Torres FTW) Celebrate with me my fellow Amazons, my fellow sisters in arms, mothers, sisters…and everyone else–we’re finally getting that WONDER WOMAN FILM! *Cue the Confetti, streamers and balloons* Now I need DC to do this right, and by that I mean, I need Diana to be given the four star treatment. This film needs to look FANTASTIC, takes notes, DC.  She deserves a righteous feature film and it’s waaayyyyyy overdue, folks.

So who did DC Comics cast to play the fierce Diana Price? Gal Gadot. Up until a few months ago, when it was announced, did I know who she was? Nah.  Am I forever heart broken cause Gina Torres is who I see as Wonderwoman and she wasn’t cast? Yes. Am I willingly throwing Gal under the bus for this? Hell Nah. This is Gal in costume, y’all: 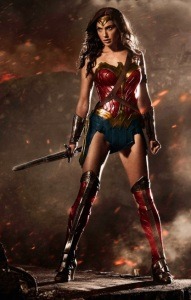 I’m most concerned about two topics of interest:

1.) Can Gal Gadot, in her Wonder Woman Glory bring on the butthurt of comicbook dudebros everywhere? And by that, I mean, can Gal Gadot bring on this:

2.) Can the writers in charge of this film and Gal as an actress fully convey to the audience just who Wonder Woman is? Can they can successfully show all the different facets of her character? This is important, Diana is not just a superhero. She’s a princess, an ambassador, a fierce and terrifying warrior and a trusted comrade. You know what else she is? She’s a symbol, quite possibly the most iconic feminist symbol in all of comics. She’s brave and compassionate. She’s a deadly foe to battle with. She also has no problem making the difficult decisions.

So you know what that means? 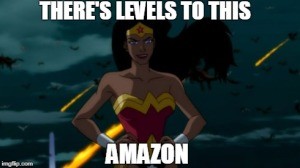 So that means I want to see everything from “Awwwww” moments like this: 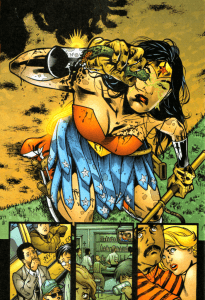 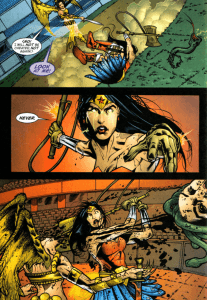 Well, Diana Prince’s first big feature film drops in 2017, that’s three years from now. That’s almost three years to do all the research, to get a great team of writers on board–No David Finch please and fine tune the ish out this so Wonder Woman can be victorious. The world is watching DC, don’t drop the ball here. Don’t do it. Put out them fires now so you dont have to worry about the firestorm of backlash you’ll received years down the line because you wouldn’t let Diana be great.