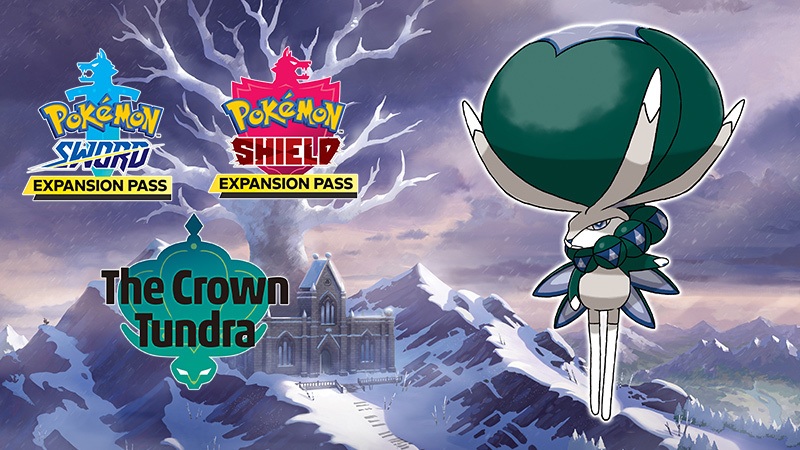 As a member of the BNP Galarian League, it has been my charge to venture forth with the content in the season pass and see what the other regions of Galar have to offer. Earlier this year, we did a hop skip to the Isle of Armor and a couple hours later, I had managed to raise a young martial artist bear, defeated the head of the dojo, and spent a nice weekend with my Pokémon team before being satiated and not turning the game for several months.

It’s not like I don’t love Pokémon. But as someone who doesn’t have a compulsion to complete the Pokédex, most of my endeavors revolve around the main story lines, refining my team so it matches my aesthetic, and then sorta enjoying the game for a little bit longer before tapering out. The season pass looked like it was going to give me that incentive to hop back and get a couple more hours of enjoyment out of it. The Isle of Armor almost certainly met that expectation pretty much to the letter, and I came into the Crown Tundra with those exact expectations. And a little after a week, I’m leaving the Crown Tundra with them (although, I do see myself venturing back for some short intermittent spurts).

Much like with the Isle of Armor, when I logged in after the update, I got a nice little notification that I had a Crown Pass and could make my way south. There I was greeted by Peony and his daughter Peonia, and got convinced to distract the father so the daughter could sneak away to the Max Lair. I then helped said father find daughter by going to the Max Lair where I got to experience my first Dynamax Adventure, a sequential series of Max Raid battles that culminate in going head to with a legendary Pokémon.

Now, raid battles weren’t my favorite part of Sword & Shield given that the connectivity made it unreliable to raid with strangers, was slow to raid with friends, and had some atrocious AI, but the raid battles in the Max Lair had a couple things going for it. Firstly, you’re given a stock selection of Pokémon to draft from with a range of typing and moving, so it’s very easy to get coverage. Secondly, you can swap Pokémon you encounter, so you can plan out routes so you end up with an advantageous typing head into the main event. And finally, the capture rate is either guaranteed or incredibly high, to the point where if you clear the lair, you’ll have something to show for your troubles.

To Be a God in a World of Legendary Pokémon

Afterwards, the main “story” featured three different investigations where I went about the Crown Tundra Wild Area to meet some over world Legendary Pokémon. There are some light puzzles and some headscratcher steps, although nothing too ridiculous to parse out. Although, if you are familiar with the franchise, you know that Legendary Capture rates are abysmal and I did spent over 50 ultra balls at one of the birds with red health and missed status effects that made me want to throw my Switch into the sea.

That said, the main narrative of the Crown Tundra focuses on newcomer Calyrex, and the story regarding the King of the Harvest is a nice little meditation on myth and legend, which is thematically appropriately if nothing else. The intertwining of legendary pokémon and what it means to actual physical gods just existing within the world is intriguing, even if it’s very surface level. Although, I didn’t have the same compulsion to explore the Wild Area this time around.

Once those investigations were complete, the last feature new to the Crown Tundra was the Galarian All-Star tournament, where I got to team up with Marnie and do a quick double battle tournament against gym leaders and old rivals. It was fun/fine, but I mostly just wanted to get back to the Max Raids to see what legendary Pokemon I could find.

Bringing Back the Full Roster

And truly the selling point of the DLC is the fact that every single Legendary Pokémon is back in the game (as well as some other favorites. Looking at you Blaziken/Keith’s Hot Wings). As I entered into the Max Lair, I’d make predictions about what would be at the end of the tunnels, only too discover that there was just a long list of Pokémon I never met before. I’d see a Pyschic type and “Mewtwo?” only to find myself head to head against a Cresselia. Another run later, I’d see Grass and rack my head to produce Celebi, only to run into the Ultra-Beast Kartana. I knew I had skipped several generations in the intervening between the original Ruby/Sapphire and X/Y, but I was truly surprised by the sheer number of mons I just didn’t have memories of or, in the case of Zygarde, what they were truly capable of.

The Max Lair feels like a fun little puzzle and I look forward to running a few with friends and seeing what other legends I can get on my team. But if I’m being honest, I also don’t see myself going back for an extended period, but that’s also because there are just other games that more match my personal preferences.

Considering that you can only get Crown Tundra in a bundle (whether it’s the season pass for your game, or the rereleased full package), the cost to hours of entertainment is completely fair and I enjoy the tantalizing treat to come back, even if it’s just for a few hours. The more you love the franchise, the more this DLC will probably speak to you. It’s simply more content and honestly, that’s enough.