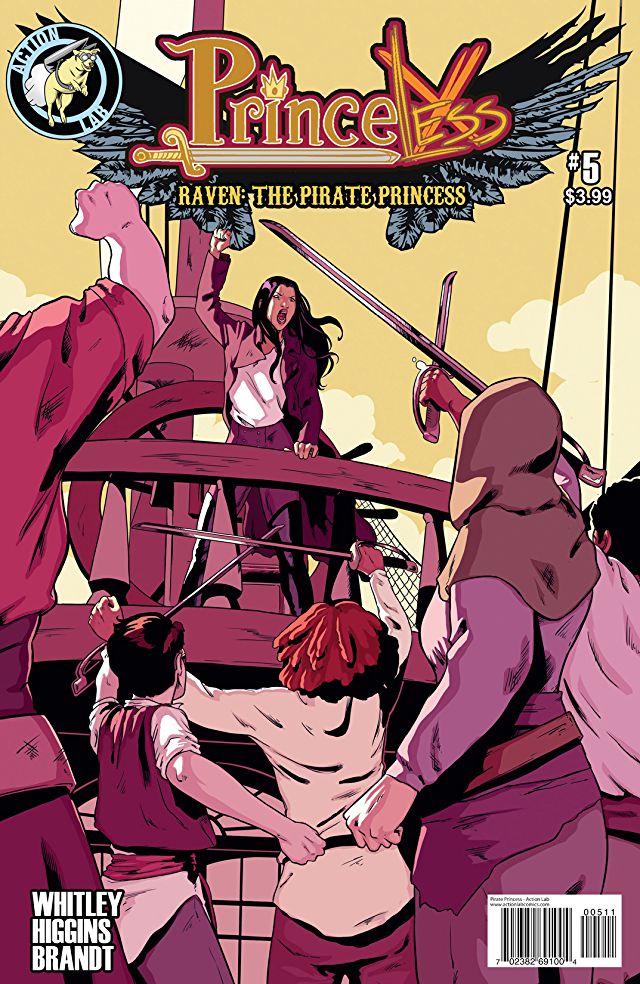 (This series also has new additions to the creative team: William Blankenship on colors, and Dave Dwonch — writer of the fantastic comic Cyrus Perkins and the Haunted Taxi Cab — on letters)

Seeing the crew on the ship, working together, joking together, and learning about each other makes for a great issue that is equal parts hilarious bits and serious bits all rolled into one. Tension, possible flirting, awe, and clashing personalities are all present here as we get the introduction to some of the new gals and more  panels for the ones we already know like Katie, Sunshine, and Jayla.

[divider type=”space_thin”]
What I love the most is seeing the interaction between all the ladies as they settle in as crew members; while it’s not all fun and games it does lead up to some very important teachable moments and points for representation — there’s one with our hijab-wearing crewmate below. There’s also a member of the squad, Cid, who is deaf. I’m hoping to see more of both of them as the series progresses.

[divider type=”space_thin”]
Another point I must make: this all feels… natural. The dialogue and reactions all feel genuine. You know when you’re reading a comic and you come across a speech bubble and you just cringe like, “Who would say that?!” or “Yeahhhh, and this is why we need more female writers because this is infuriating“? None of that here. Granted, while writer Whitley is male, white, cis gender and mostly writes womenfolk, he takes a special responsibility and does his research (see our interview with him and one of our previous review) so these pages don’t make me feel alienated, grossed out, or triggered as a reader, fan, and as a woman.

On the other side, the art in this issue compliments Whitley’s work with wonder team Brandt and Higgins on deck. I feel like the art style has changed slightly, which isn’t bad nor distracting but I prefer the art style of previous issues. Also seeing the girls in action, in play, in natural poses, or almost jumping into the next panel is delightful as it is realistic. There’s no male gaze in action to impress and I love it. The art does get an upgrade by means of the coloring job and the lettering which enhances the pages.