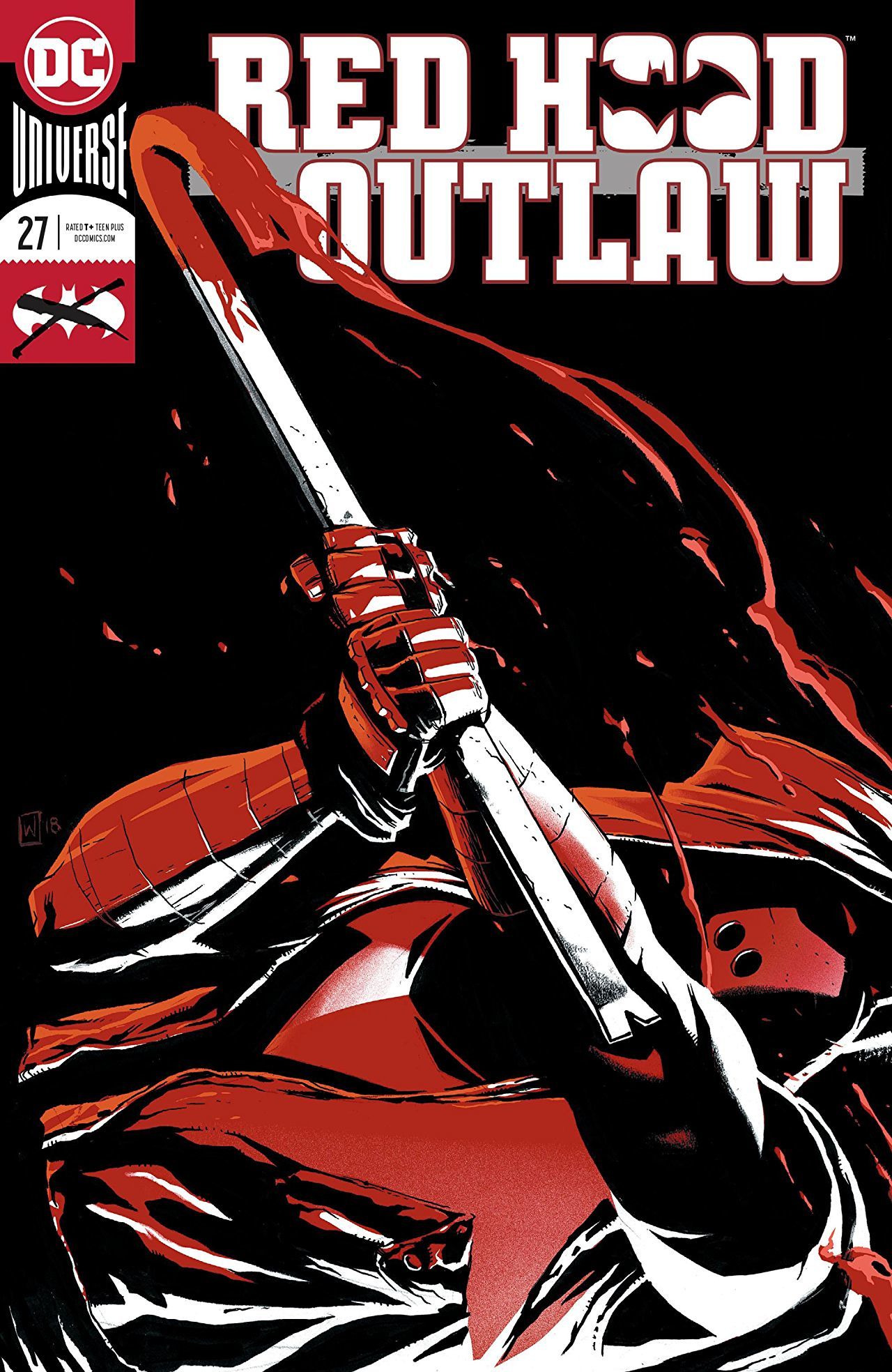 In the fallout of Heroes In Crisis #1, Red Hood: Outlaw #27 changes titles and goes right for the heartstrings. This is Jason f-ing Todd, the Red Hood; there should be shell casings everywhere, bodies lining the streets. We get none of that here. Oh, there’s a diner-based bar fight, where Jason gives every opponent those hands, but there’s something deeper at play.

Scott Lobdell is cracking open the tough shell that is Jason Todd. Fans of the Red Hood have always known that there was a full and broken boy underneath the red veneer, braggadocio, and bullets. Lobdell is writing the moments we always knew to be true about Jason and his place as the black sheep of the Batfamly.

Heroes In Crisis reveals the death of a few young heroes, one of whom is Roy Harper. Roy and Jason were like brothers; both outcasts in the hero community, both witness to terrible things. Roy went to rehab for heroes and never came back out. Red Hood: Outlaw rebrands itself not just through the title, but through our ability to see Jason’s humanity. Lobdell uses this moment to show us how Jason processes this loss. Red Hood: Outlaw is a story about grief and marginalization and family. 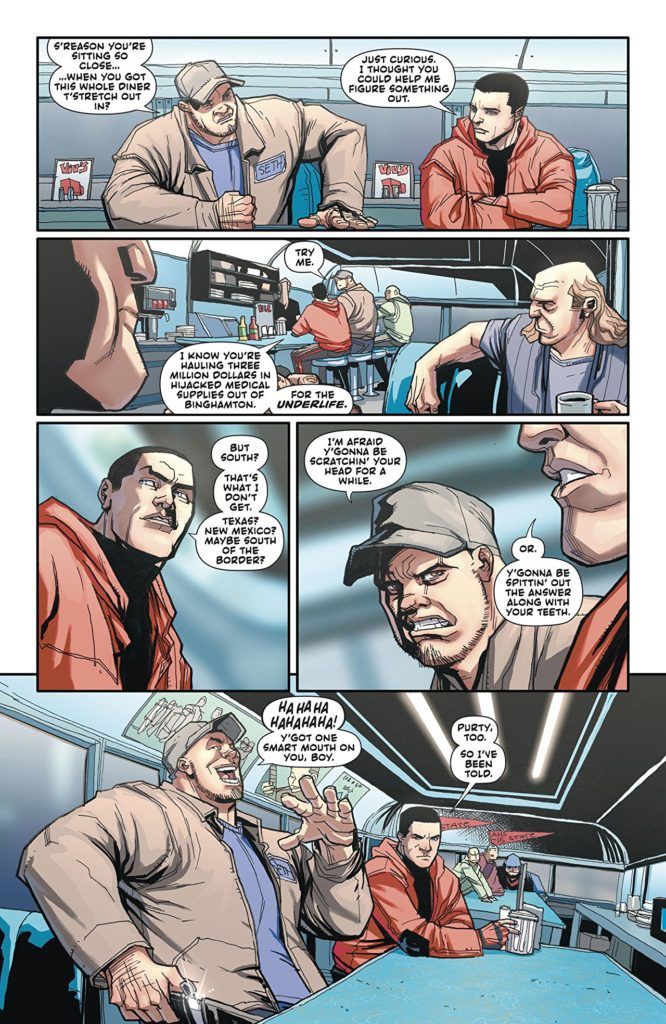 Without all of the fanfare and hoopla that typically comes with a top-tier character in the Batfamily, Lobdell does justice to the literary element of a comic book. There’s hype here for the most grounded. This is an exploration into one of the most mysterious characters in DC comics. I think we’re about to learn a lot about Jason Todd.

Aesthetics are on full blast, the variant cover by Yasmine Putri is a thing of beauty, mind you there’s a bloody crowbar in it and it’s still gorgeous! Pete Woods keeps the gritty, crime novel feel Red Hood deserves throughout the issue. While it doesn’t grasp some of the more emotional tones, there are a few panels that bring the depth to surface. The potential for a great run is brewing with Red Hood: Outlaw #27.

7 voicemail messages out of 10