Death and taxes are certain in this world, but shortly following on the list of guarantees is the greatness of Sesame Street. Decades into the future it’ll still be airing, funny, and relevant as ever. Where they’ve especially shined these past few years is tying in adult parodies, teaching children letters and numbers in its age old fashion while nodding to adults at the same time – the same adults who probably grew up watching the show.

Some parody popular TV shows like House of Cards, others imitate movies, and all of them are awesome. Yet it’s the nerdy ones we’re most interested in. This week Sesame Street added to its collection by spoofing Game of Thrones. In honor of their ongoing commitment to nerdy satire, let’s relive 5 of the best geek-centered Sesame Street parodies, and why not add a few more we’d just love to see? 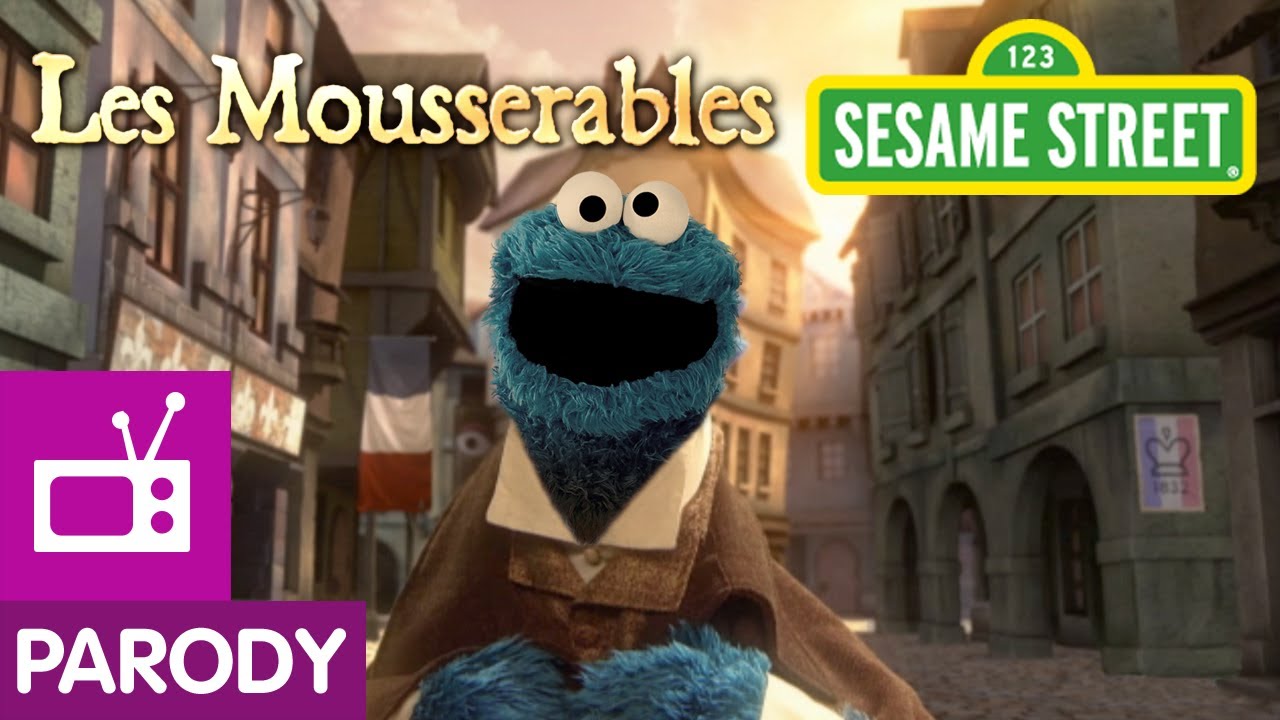 In a series with fifteen million characters, Sesame Street combined Grover Monster with the Iron Islands to create none other than Grover Bluejoy. He’s the game master of Game of Chairs. Except Grover might not know how to play very well – similar to the actual Greyjoys – so he just starts freestyling it. They start playing the game – which is actually “musical chairs” – all the while dropping random and silly Thrones references. After Grover fumbles the rules of the game, Melisandre pops up to say, “The Monster is blue and full of errors!” But even better are the horribly funny jokes that’ll fly far over a regular kid’s head. “Can we hurry this up? I have a wedding to go to,” Robb-muppet says. And the knockout punch-line? “Looks like you choked, Joffrey!”

“Wait, there whole goblet of cookies?!” Cookie Monster is on a quest to take what’s his, only the Goblet’s out of reach in a tower. Professor Crumblemore tells him what’s up, making him instantly more useful than Dumbledore actually was in the original Goblet of Fire. Seriously though – Dumbledore was playing games with Harry’s life and almost got a little boy killed. But I digress. Applause to this one for being the most educational, having a clever and clear message for kids about listening carefully to directions. Actually, let’s put that on adults, too. “Me better listen again,” is real life advice for everyone. Oh, and the spider has an afro. I see you, Sesame Street. I see you.

3. Lord of the Crumbs

Cookie Monster starts the track by reaching out for a rotating cookie, yelling “Me precious!” If that doesn’t make you laugh, I need you to get a shovel and bury your childhood. This parody teaches self-reliance, delayed gratification, and rhyme strategy at least on par with Gucci Mane. Cookie’s one-liners were awesome too, saying things like “You dramatic,” to Gandalf.

Princess Leia’s hair-buns are Oreo cookies, and that should be all you need to know. Did I say Leia? I meant Parfaita, because this whole cast is named after desserts. We have Luke Piewalker, Flan Solo, and Chewy… the cookie. What’s the moral here? Self control! Every time Cookie Monster – err, Flan Solo – looks at Chewy, he leaps on my man, like “I will merkkkkk youuuuu COOOOOOOKIEEEEEE!” Flan has to go through the whole mission trying different strategies to calm down and make good decisions… like not eating your partner.

This is hysterical solely because it’s straight up mean and vicious. A man goes into an empty theater to see Spider-Monster the musical – based on the actual Spider-Man, the musical – a show obviously no one wants to see. As if making fun of the Broadway show’s numbers weren’t enough, Sesame Street went ahead and made fun of their ongoing plot disasters too, having Grover as Spider-Monster completely flubbing each scene. After falling on the only audience member in the theater, Grover says, “It’s only our 17th opening night, sir!” Mean and vicious, Sesame Street… but downright hilarious.

Avengers: Age of Ultron
The biggest movie of 2015 deserves a Sesame Street parody, and with such an ensemble cast the possibilities are endless.

The Walking Dead
This would be the most morbid parody yet, but do you put it past them? They’ve already done True Blood, Homeland, and Sons of Anarchy, after all.

Fast & Furious
I don’t know how they would do it, but it would be brilliant… absolutely brilliant. There are just so many clichés to work from, and the moral of the story would have to be the value of family.

Street Fighter
Ever since seeing this picture, I’ve known this has to happen. Thank you, Internet.

Batman vs Superman
This, or any of the Dark Knight series, needs to happen. The opportunity for The Count to play Batman is just too perfect. Or maybe he’ll go against Batman? Either way, they’ll get it right.