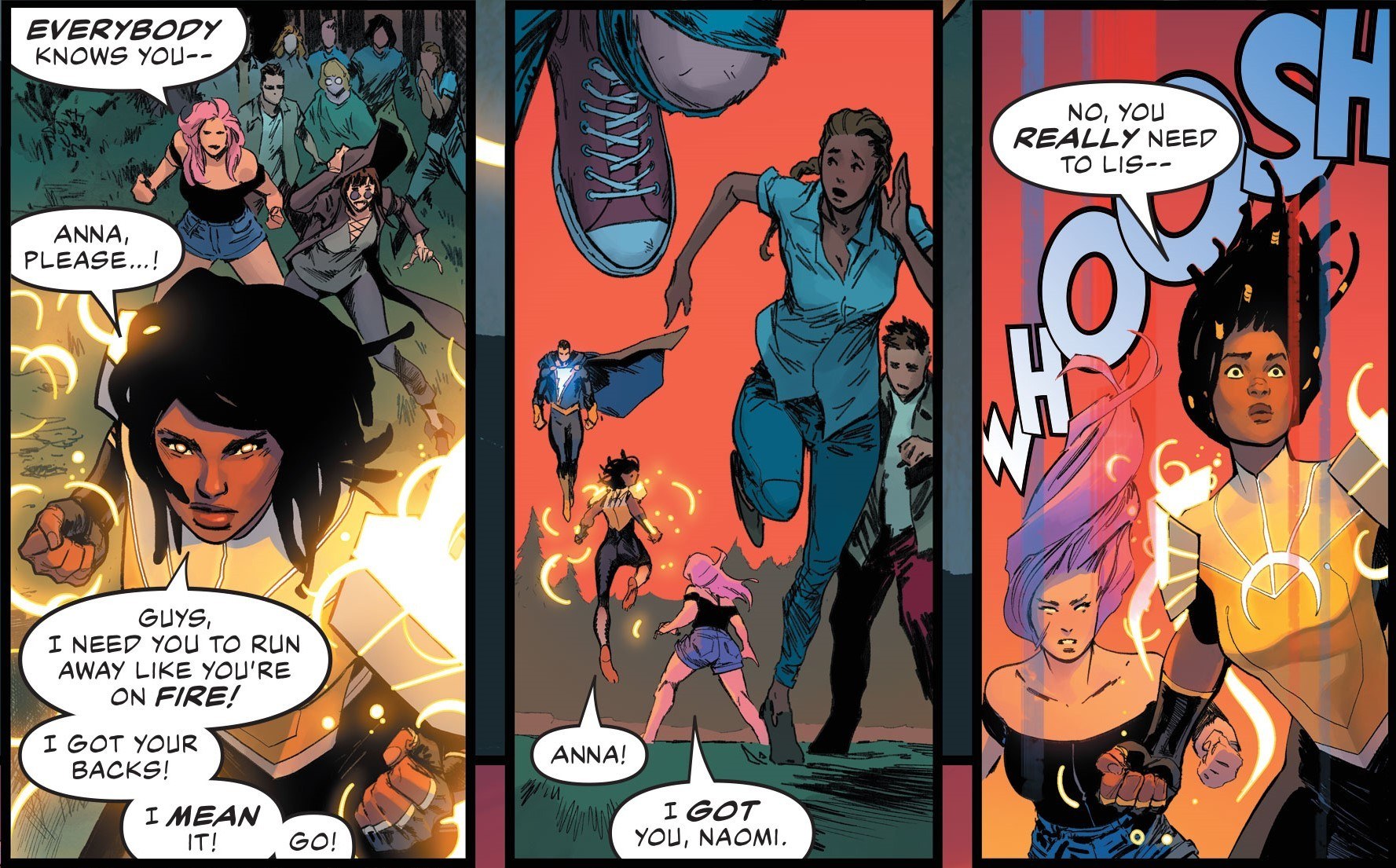 Everyone rejoiced when Charles Xavier and his gifted X-Men desired a sovereign nation for themselves, but what will fan reactions be when the same is requested by blood sucking vampires? Better question, what will the vampire reaction be when they find out the vamp city sheriff stipulation that is placed on them to sanction this move?

Justice League #60 centers Naomi and Black Adam as they join the fight against the alien named Brutus. The conflict is solidifying in Bendis’ second issue of this Justice League book. This time around, as the team tries to figure out who Brutus is and what he wants, they come to terms with adding two new members to their ranks.

The Many Deaths of Laila Starr #1

Ram V’s pacing of the comic is absolutely exquisite. There is an expert weaving of three different narrative through lines that all culminate in a tight focus and sets up the rest of the series beautifully. The narration is poetic, and the dialog is perfectly crafted. There is a deft hand in seamlessly transitioning from having gods having talks about corporate to the reincarnate of Death muse about their new existence.

Issue #79, or the second issue in this new direction of the book, has Nightwing getting settled into Bludhaven as he figures out just exactly what his place is in this city. He knows he wants to help, but he’s not sure how to do it yet. The issue is framed in a way that shows that Dick has always had a safety net at some point in his life, and even though he fell often, it was never the devastating blow that it could have been. He ultimately decides that he wants to be the safety net for Bludhaven.

This is the third time in Rain Like Hammer‘s four issues that we have started from the perspective of a drastically different character, diametrically opposed to their predecessors. First issue we had the perfectly normal Eugene. Second and third issue we got to spend time with supercriminal Brik Bok. And now with issue four, we’re spending time with Ott, a detective for the immortal families.

Al Ewing has been in the mutant Star Wars zone while writing S.W.O.R.D. and I’m here for all the intergalactic royal high drama, teleportation battles, and space adventures. S.W.O.R.D. #5 was no different, as was saw Fabian Cortez plead his case for a Krakoan era law amendment that would change the fiber of the mutant’s current reign, the bloody end of the Snarkwar, Magneto continue his top 5 dead or alive tour, and witness the first mutually beneficial Arakii mutant and Krakoan society partnership blossom before our eyes.

All in all though, Time Before Time is a fun read and the slightly longer than average issue manages to set up an interesting premise that will be familiar to many sci-fi aficionados. It’s not quite a must-read, but if you have a gap in your reading lists, this will fill that time travel itch nicely.