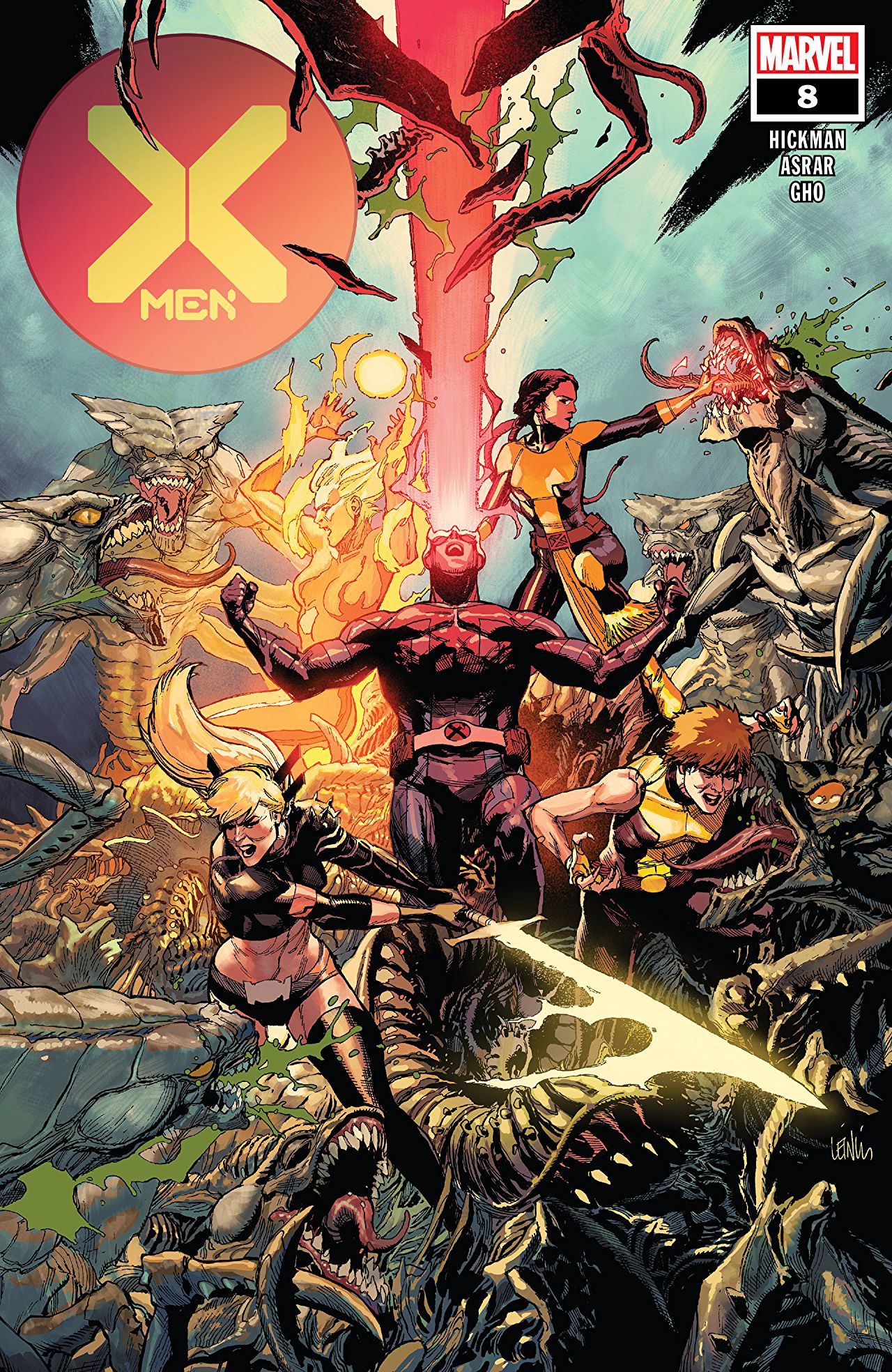 This issue has so many layers, I don’t even know where to begin. Then again, I could simply ask “Who’s up for some good ol fashioned creature killin?!”

Soooo remember the New Mutants trip to the edge of Shi’ar Space? Remember how they swiped a particular ovular shaped item right from under the noses of the Starjammers, because they’re assholes who don’t know how to stay out of trouble? Yeah well it turns out that pretty oval thing is called a King egg. Yeah, I didn’t know what that was until this issue too. Turns out, a King Egg disrupts the breeding cycle and is what Brood Queens go to war over. This isn’t some reverse Game of Thrones shit, this is full on Alien vs. Predator extraterrestrial savagery of the highest urgency. These things were biding their time feeding on space whale carcasses until it was time to bring the warring smoke to Krakoa’s front door aka crash landing their space carcass in the mutant hood and going into full blown Mars Attacks! mode.

It’s crazy how you sometimes know so little about a character and all it takes is one mean appearance to make you love them. Sometimes it only takes a scene, and on rare occasion, one panel will turn you from a fair-weather fan to an absolute Stan! While her arm chopping ways in New Mutants #1 had me super hype to see more of her, I was beside myself when she gave her enemies the fuck or fight options in issue #5!! So, this has been building for some time, but Magik has officially become my second favorite new X-Men behind Boom Boom. 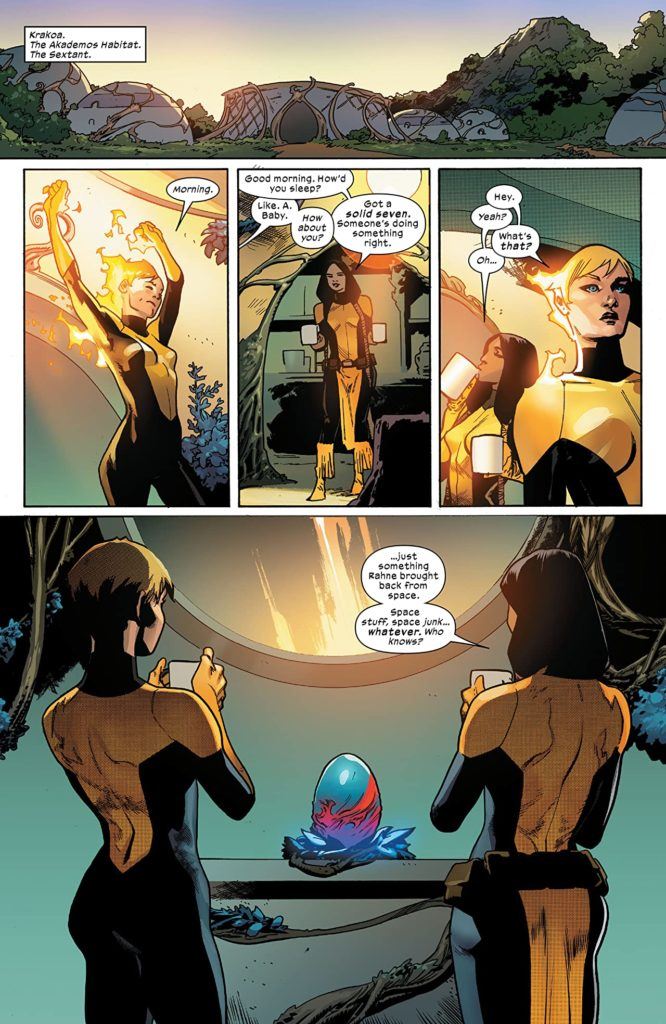 Sidebar: I love the minimal looking, but clearly extensive relationship between Cyclops and Magik; captain and commander.

2nd Sidebar: I love the Summers family. They’re just unruly and enthusiastic and a family I need to see go on more outings. I want the fire to be fire.

By the end of this issue, we know exactly where things are heading, and I’m very excited to see more from the Shi’ar empire in Hickman’s world. This issue was cool but didn’t really take us anywhere. With so much happening in the “Dawn of X,” this was one of the few issues that felt a tad bit yawn worthy. Of course, I say this now and the Brood will have secretly laid an egg in some random mutants’ body and they turn out to be bigger villains than Homines Verendi brats. Gotta love Hickman.