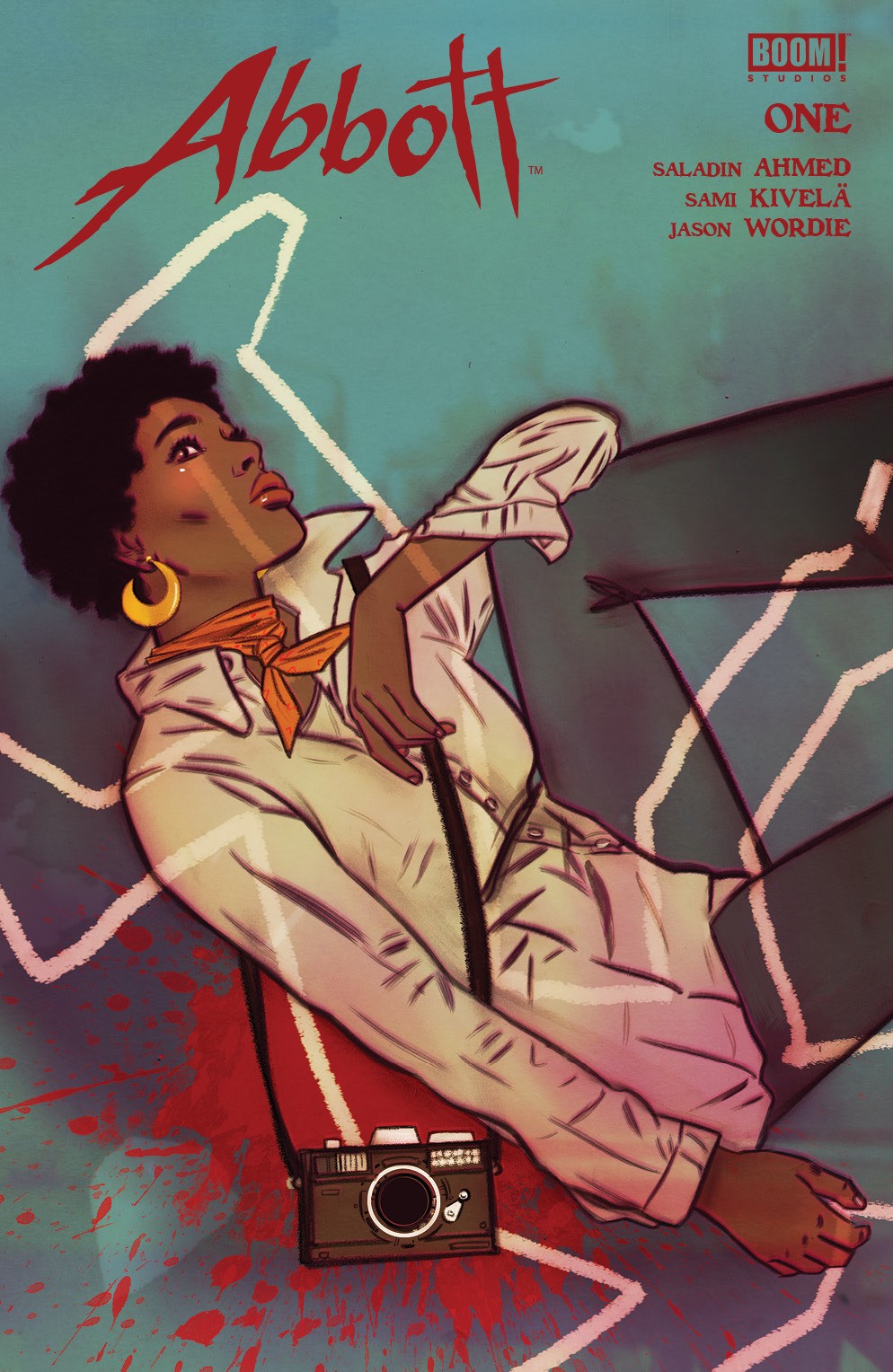 The time is 1972. The place, Detroit. The name, Abbott. Elena Abbott. Fresh for New Comic Book Day from BOOM! Studios, Abbott #1 is a strong entry into the crime genre of comic books. 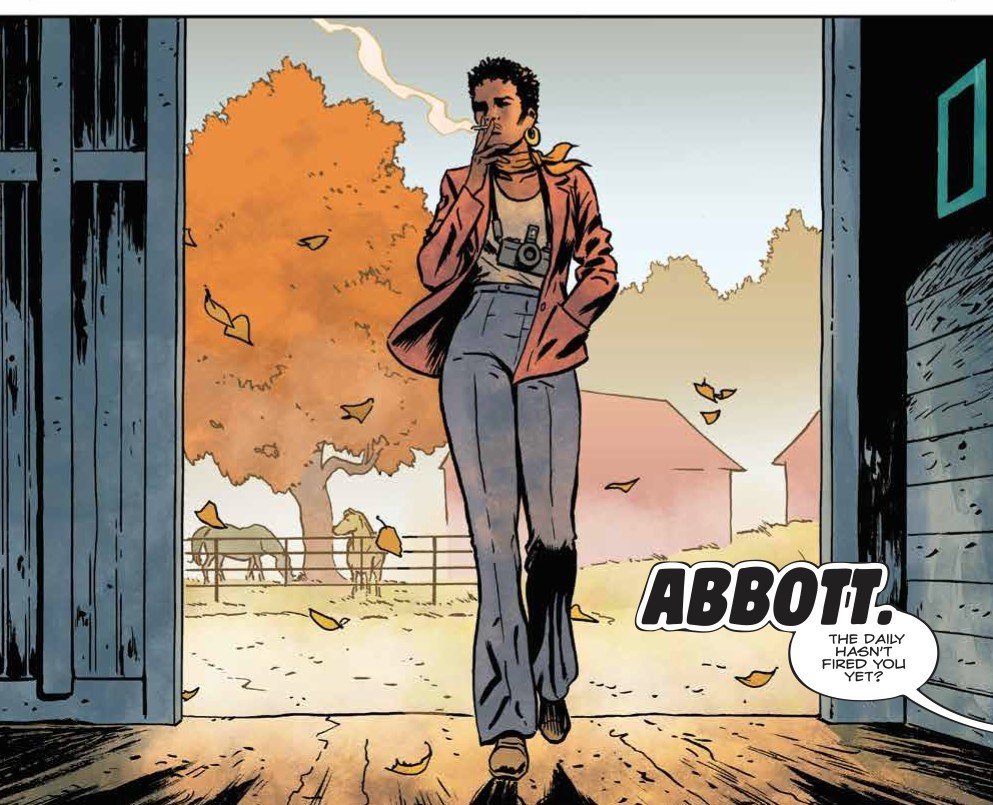 The writer of Abbott, Saladin Ahmed, is having one hell of a comic book explosion right now, writing on the stellar Black Bolt (Marvel) and starting a re-booted Exiles comic in a few months. With him are artists Sami Kivelä (Beautiful Canvas) and Jason Wordie (God Country), and a variety of other artists on covers. Together they’ve created a tight first issue.

The title character, Elena Abbott, is a Black woman journalist for the local Detroit Daily newspaper. Due to her tendency to report on stories the police and other authorities would rather sweep to the side, she’s got the white half of the city against her and the Black half behind her which is fine by her. Abbott walks in the storied footsteps of other Black journalists like Ben Urich, out there on the beat reporting the truth.

Immediately, she gets twisted up in a weird story featuring the slaughter of a police horse. The locals want to blame the Black Panthers—it is 1972 after all—but Abbott’s got a funny feeling about that. In fact, Abbott’s got a funny feeling about a lot of things as we find out more about her. This is where the story is strongest; in showing us who Abbott is when she’s not out overcoming sexism and racism in her day job. She’s a creature of habit and is deeply tied to her community. 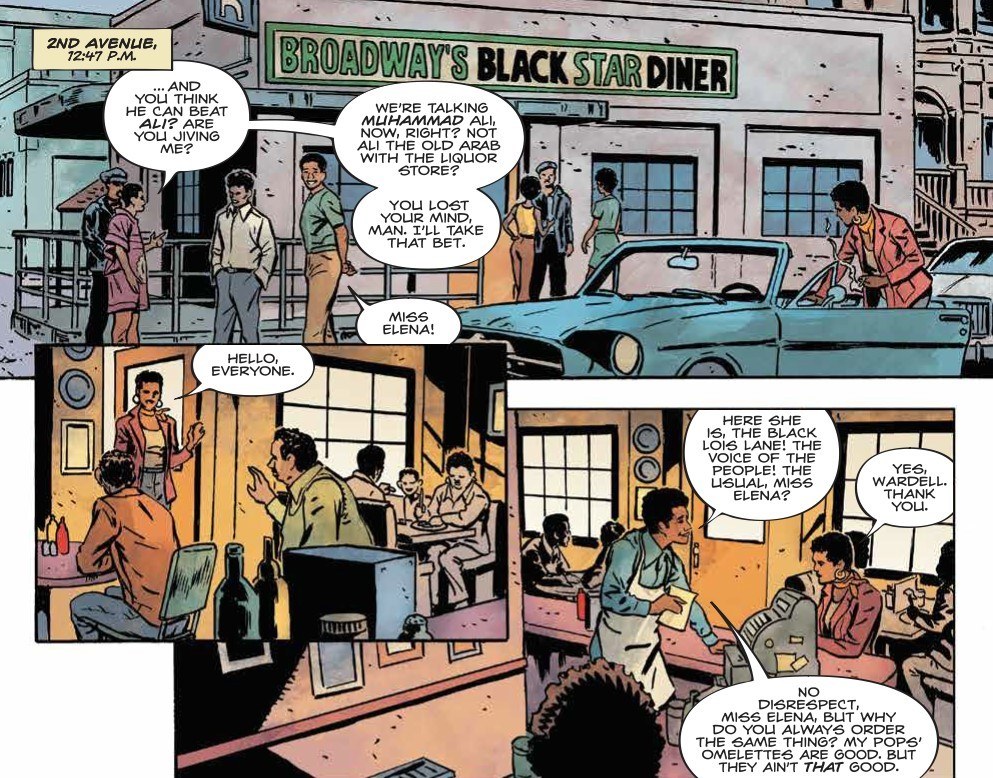 To be honest, this comic felt so much like an old Blaxploitation flick from the 70s. I could almost smell the cigarette smoke and hear Al Green. The washed out colors and the style of the art perfectly sets up the atmosphere. These artists replicated that era well and that effort makes the comic stand out from the pack.

I do have some concerns here. This is a comic with a Black woman lead (rumored to be bisexual) being written and illustrated by a non-Black Arab American, and at least one white American. I’m not going to cry foul out the gate—they do a decent job of representing the time and the racial tensions in Detroit—but I’ll be keeping my eye on it. Ahmed is a native of Detroit, so I have some hope there, but so often when our stories are told by others, representation goes awry in favor of centering the white versions of narratives. For cities like Detroit, this representation game has real-world consequences that we should remain mindful of. The stories we tell ourselves about our cities and communities influence how quick we are to invest in them. Furthermore, I’m at the point where when white men draw Black women I’m uneasy until proven wrong. These hair problems are real.

That said, the story is off to a good start and the art is solid thus far, so maybe I’m being twitchy for no reason.

Abbott is an atmospheric crime drama with a supernatural bend. If any of those words make you happy, then pick this book up for #NCBD.