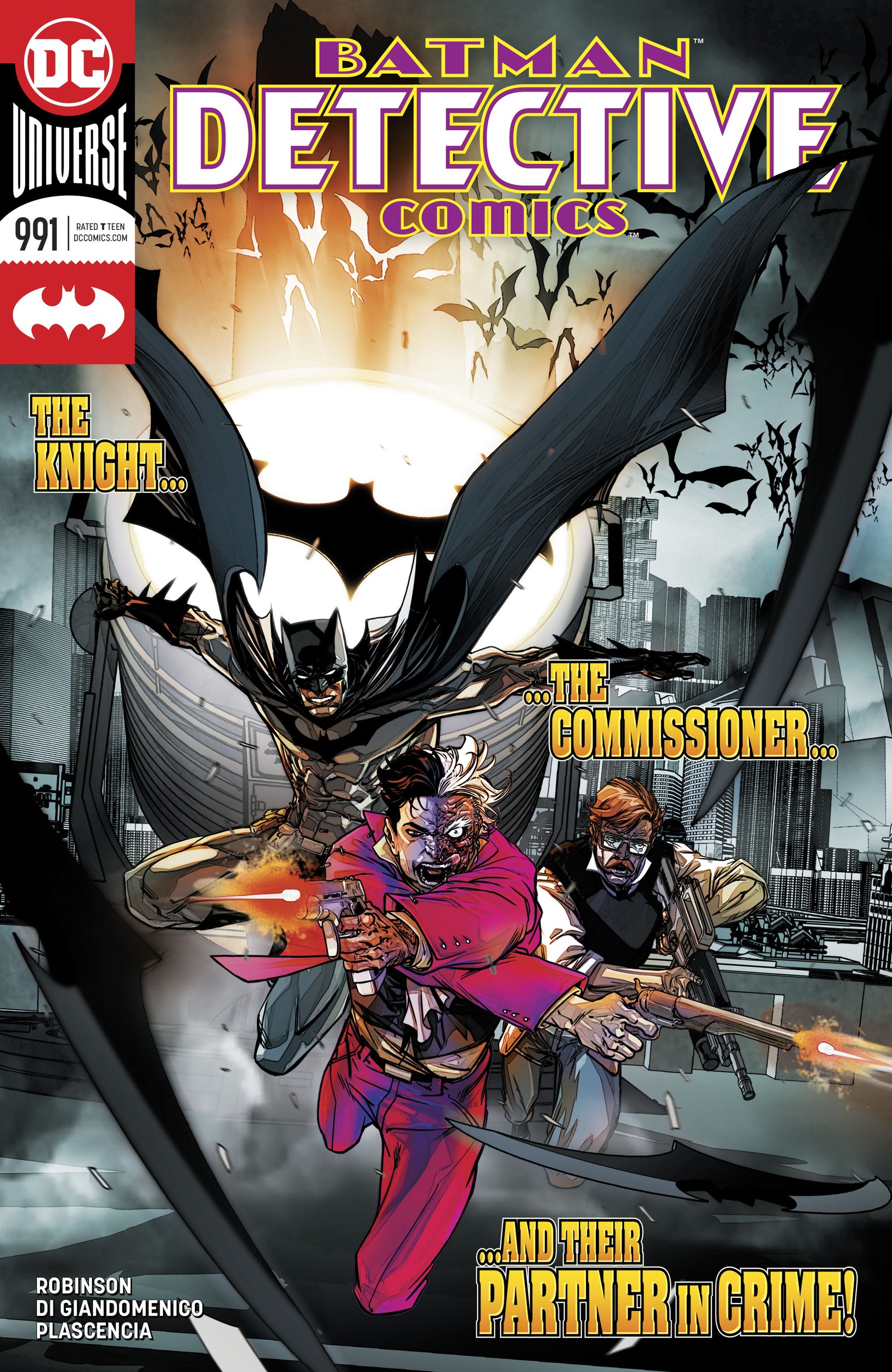 The Knight, the Commissioner, and their Partner-in-Crimes

We have seen Batman team up with his rogue gallery before. We’ve seen him work with the Joker. We’ve seen him work with Riddler. We have even seen him in prolonged interaction with Two-Face specifically. The draw of these moments is this idea that Batman finds himself in a situation that is beyond the impossible, that the exact circumstances are so dire that a temporary partnership must be formed in favor of the great good. As such, it’s so incredibly weird to see Batman so nonchalantly, so nonplussed when Two-Face suggests they work together.

Robinson’s Deface the Face continues to drag on as we enter Part 4. The conversation from Detective Comics #990 continues on, mostly by recapping everything that has happened during the last three issues in as pedantic a way as possible. Batman lays out all of the evidence that he has collected and then proceeds to ask Two-Face for the missing piece and even with a sudden interruption from Commissioner Gordon, Two-Face casually answers the questions with relatively little resistance as he explains the larger plot lines. 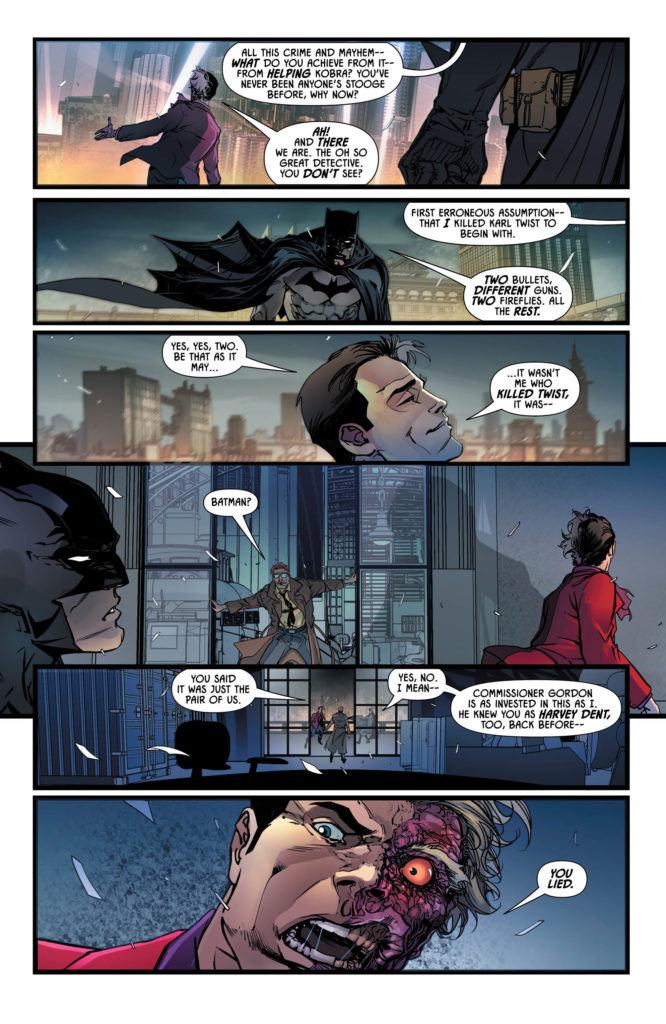 If there is something Robinson excels at, it’s giving his artists plenty of interesting elements to play with and knowing how to describe a good action. Di Giandomenico’s artistry crafts some truly breathtaking panels, and their depiction of Two-Face is simply wonderful. There’s a fantastic balance of Harvey Dent’s stoic lawyer tendency juxtaposed next to Two-Face’s unhinged madness. The constant twilight of Gotham is pitch perfect for the story, and the clever paneling and perspectives create a dynamic visual experience. I just wish the text lived up to it.

This latest arc continues to drag. While we started off with some brisk pacing, the slower pacing to allow for exposition of a convoluted plot and half-thought philosophical musings don’t really live up to the murder mystery we were promised in Deface the Face. The quips have fallen flat, and this one’s only gonna be for the most dedicated Batman fans.