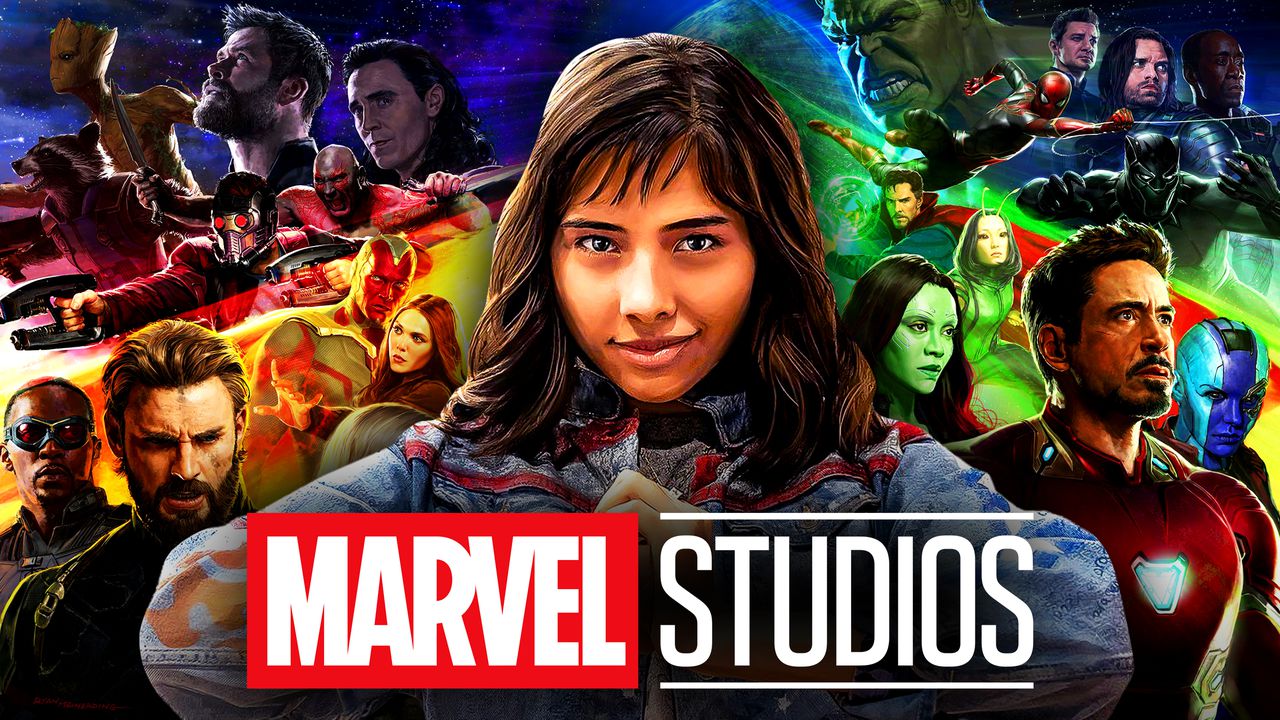 *HEAVY Spoilers be Crashing Through the Multiverse*

Before discussing Doctor Strange in the Multiverse of Madness, we gotta talk some Moon Knight. Episode 6 is in the books and we need to talk that diversity and inclusion talk! We’ve already covered the big spoiler-free, mid-season reasons you should get down with Moon Knight but the spoiler shackles are off and we’re goin off! The series season? finale wrapped up and gave us more than most fans would’ve ever expected, especially our Marvel fans that identify as women and little girls across the planet.

I could dive into Marc and Stevens trip to the afterlife, tear inducing balancing act and, or resurrection. I could go off about the Beast Wars savagery that Ammit was on when she beat the brakes off Khonshu. But naaa we here to talk about the Scarlet Scarab baby!

Layla El-Faouly has been popping up all throughout this series, flexing her next level hand to hand combat game, saving Marc/Steven every now and then, being baffled at what’s going on with her husband then BOOM. Episode 6 we see her finally give into the request to become an avatar, but she doesn’t become Khonshu’s next envoy like it’s been hinted at all season. Instead, she agrees to being Tawaret’s. Sporting Archangel type metal wings, gold swords and a sick ass costume, the Scarlet Scarab is born!

In an instant, Moon Knight goes from an extremely diverse show with brown folx all over the place to crushing the inclusion game by introducing the world to the first Egyptian female superhero and allowing people in the show to fan girl out on our behalf! The moment the Scarlet Scarab saves that girl from being crushed by the car with her bare hands, then gets ready to jump back into the Arthur Harrow ass beaten action, we see a young lady on the sideline ask her if she’s an Egyptian superhero. The reaction that goes down after discovering her home also has someone to call their own in this superhero world was absolutely priceless and worth the Moon Knight watch for that moment alone.

Doctor Strange in the Multiverse of Madness is not the movie it is marketed as. It’s not even the Doctor Strange movie I wanted to see, but it was the movie that was needed for this pivotal moment in the MCU. After Spider-Man Into The Spider-Verse introduced us to the land of layered universes and Loki expanded on that groundwork in the MCU, we were ready for a full length feature. That seems to ultimately be the reason Doctor Strange is more of a direct follow up to WandaVision and Spider-Man No Way Home than a wildy extended episode of What If…?

I said it at the top and I’ll say it again, the spoilers will be coming at you rapidly and Thorkell relentlessly, so unless you prefer to bask in the spoil, please direct your attention elsewhere until you’ve seen Doctor Strange in the Multiverse of Madness.

This movie is being packaged as a good Stephen vs. an evil Stephen so powerful that the good doctor needs to recruit Wanda to win, kind of a movie.

Instead, this movie is Scarlet Witch meets Nightmare on Elm Street, and it was awesome. As each act continues to unfold, and Wanda gets more and more desperate, the horror elements continue to ramp up and look more like a Freddy or Jason chase film with spells, creatures, and heroes.

America Chavez is the hunted and, ultimately, the thread that ties the entire movie together. The opening scene sets the stage as Chavez and Strange are chased down by a demon chases from another universe before they could obtain the book that they needed to defeat the person hunting the young hero. Guess what? It’s Wanda. She’s the evil magical monster mob boss sending mystical goons after the kid to steal her powers. What powers you say? The power to traverse the multiverse of course!

This movie becomes a direct follow-up to the mayhem and trauma that resulted from Wanda having to shoot a hole through the head of her husband and live with the fact that she enslaved an entire American town. That pain and loss of family manifested in her Chavez hunting ways because stealing America’s powers would allow her to find a universe where her children are still alive and love her.

Easier said than done when the girl you’re hunting falls into the protection of the Master of the Mystical Arts and Sorcerer Supreme. Strange and Wong spend a pretty hilarious afternoon getting to know America Chavez, and it’s there that the heart of Doctor Strange in the Multiverse of Madness lies. America is dealing with perhaps the heaviest version of loss; one that was caused by her own hand. A child shouldn’t have to fathom what it’s like to lose not one parent but two. They shouldn’t have to relive the memory of using their powers for the first time and opening a portal to an undisclosed universe that their parents got sucked into and most likely died in. But America Chavez shoulders that burden and the actress who plays her, Xochitl Gomez, does a dam good job of showcasing a range of emotions in this superhero movie about family, grief, and growth.

Before we wrap up, I gotta give a *hood nod* to Marvel for leaning into the diversity they invested in. After the lighter-skinned casting of America Chavez, they didn’t let the fans’ anger and backlash stop them from making her a badass Boricua with a decent character maturation arc, that is proud of her Spanish speaking heritage.

Speaking of Spanish, this may not seem like a big deal to you, but the fact that we not only saw America Chavez and her family speaking Spanish on another planet, but the opening scene features Chavez and an alternate universe Strange speaking Spanish back and forth for a bit. Wong drops a line or two, and he and Chavez clown Stephen 616 for not knowing the language. That was a really dope moment that no one should take for granted. There was definitely some intentional as well as natural inclusion throughout Doctor Strange in the Multiverse of Madness, but that bonding moment between Wong and America takes the cake for me!