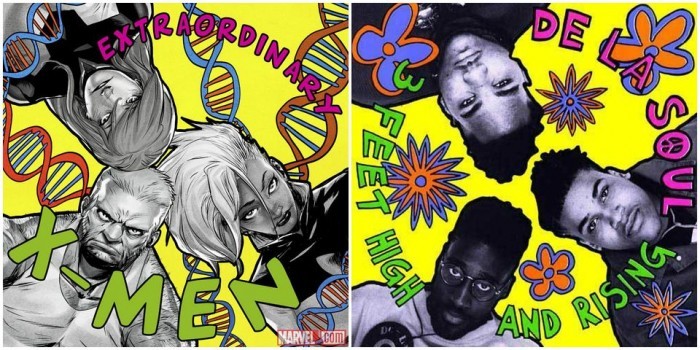 Hip-Hop and comics have always been a match made in heaven. Both have ‘narrative rearrangement’ written into their developmental core. Hip-hop as a culture was always a reflection of two things simultaneously: its constituents and the society that forced them to make something from nothing. Comic books represent the combination of all prior print art forms: mixing & matching previous narratives and narrative devices from literature; mixing and matching various static visual art mediums, styles within those mediums. Woven into the DNA of both cultural phenomena is social inclusion. The reasoning and histories are different, however. Comics predate Hip-Hop by more than fifty years, and at the core of its most popular characters (Superman, Batman, Spider Man, Wolverine [in no order]) we are presented with characters who are remixes of existing archetypes.

Superman was a specific representation of Jewish immigrants in the States, Batman a philanthropist with a sense of morality (like Daddy Warbucks in Annie), Spider-Man the flawed, reluctant, and relatable hero (Shakespeare’s ‘Everyman’), and The Spy Who Loved Me From Canada With Love, Wolverine. Each of these characters are ‘sampled’ from some other time or nation, which gives permission to those sampled cultures to buy into the symbolism of the character. Hence, social inclusion in comic books. 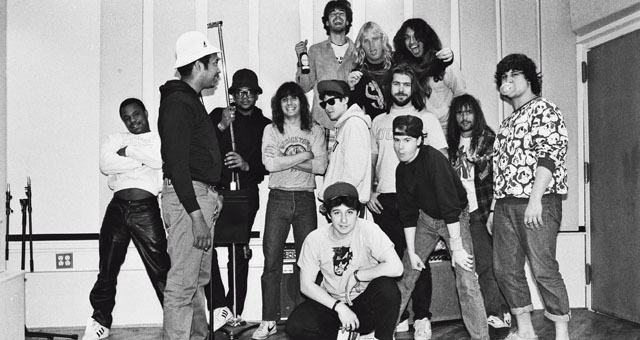 Hip-hop is predicated on the people who participate in the culture. These have typically been the oppressed and the ‘have-nots’. Defined by nothing other than their relationship to dominant cultures, Hip-hop includes anyone who knows that struggle. Its origin story tells of a people purposely left to die in a section of a city devoid of resources, who developed art forms that ‘sampled’ its aesthetic from the immediate environment (gymnastics, kung-fu flicks, abstract art, comic books, funk and soul music, computers, etc,). Poor African Americans and Caribbean transplants created the culture. Poor Italian, Irish, and Jewish youth came into the fold of the culture by knowing the pain of marginalization. All of whom carried their struggle with a savoir-faire so cool, everybody wanted to get down with the movement. Hence, the social inclusion of Hip-Hop.

When I first heard The Last Emperor’s Secret Wars track, I lost my damn mind! It was the blend of cultures that defined my core identity as a black nerd. The way The Last Emperor skillfully sampled his favorite MCs with his own voice…Mind. Blown. When Longboxes on 22’s dropped their comic character rap album covers, the aesthetic of my identity just showed up (Marvel got on the wave hella late). 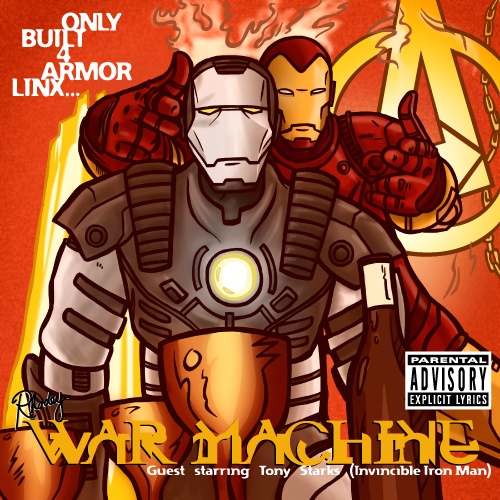 This cross-section of my prompted me to develop a curriculum and teach a course at an organization in Harlem that combined my love of comics and my passion for social justice called Comic Life (four years running).