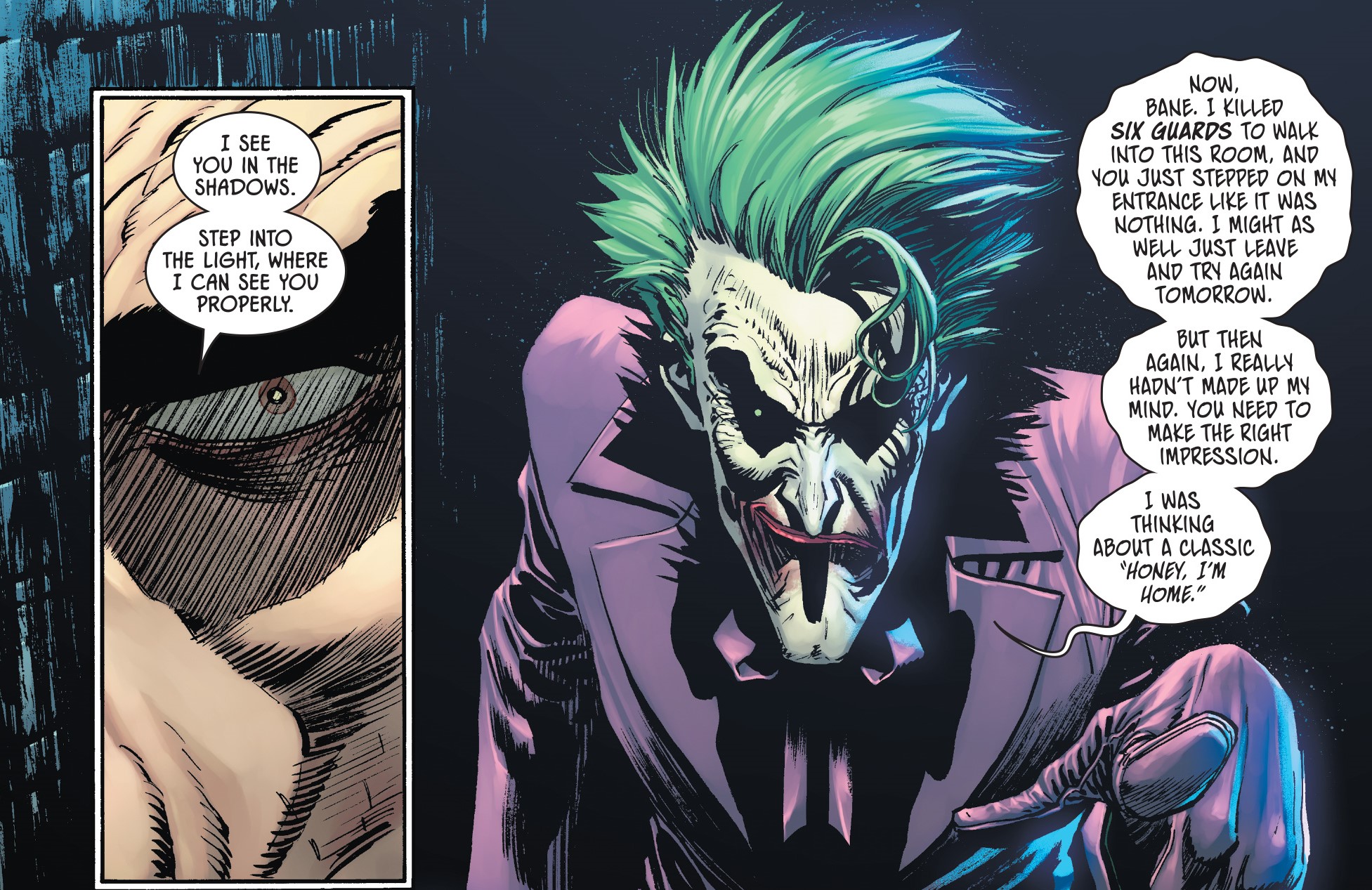 So, before we get into the review roundup, let us apologize for missing last week’s Pull. Check out the end of the post for some of the comic highlights from last week. So, on to what you came here for…

Issue #2 digs deeper into the aftermath of the first issue where Red Hood shoots one of the three Jokers in the head. It deals with the trauma of being a kid hero fighting alongside an adult male dressed as a bat and what happens when that adult’s clown nemesis beats that kid to within an inch of his life.

In Multiverse’s End, we follow the Green Lanterns from the main universe as they scatter themselves across the multiverse and try to save heroes from planets that are being destroyed by Perpetua. They do this in hopes of bringing these heroes back to their Earth so they can fight in the final battle to destroy Perpetua once and for all, which hopefully results in the recreation of all the destroyed worlds.

Following the precedent set last issue, we get a twenty-two page comic with art from just as many artists on each page. The narrative this issue surrounds the Legion of Superheroes as they navigate going to trial in front of the United Planets for their supposed crimes against the galaxy. Each legionnaire gets their own page as the spotlight, as we are taken back to a huge chunk of the team’s members when they first auditioned to join the group.

It’s actually the stuff surrounding Shang-Chi and his background in this opening issue of his series that makes it so interesting. From the beginning, we dive deep into Shang-Chi’s world and the coming conflict that he’s about to face. It’s a mythic tale, where magic and martial arts mix. Luen Yang gives readers a great introduction into the group that Shang-Chi is about to face and his connection to them. So, even if we don’t quite know who Shang-Chi is or what makes him so special, the conflict he’s about to dive into is too captivating to pass up.

Our story continues in X-Factor #4, where the team sent to Outerworld returns after facing betrayal from Apocalypse’s original Horsemen and Summoner. The fallout leads to Rockslide dying in Outerworld, while both Rictor and Apocalypse are gravely injured. The first half of this issue isn’t my favorite as it dives heavy into exposition and the complexity of the coming war. It’s a lot for readers to wrap their head around and gets a bit confusing as you’re trying to follow exactly how the upcoming tournament against the Horsemen is going to work.

Apocalypse dropped quite the speech to get the Quiet Council to ok a volunteer mission to Otherworld and now we know why. The monsters, the God-like mutants that were left behind have their sights set on Krakoa and now there’s a sword wielding battle between the Champions of Arrako and the Champions of Otherworld on the horizon. Now, let’s meet the baddies, the swords that they’ll be using and some key new players.

In the intervening issues that we haven’t covered here, Gideon Falls got progressively weirder as various alternate realities began to collide in increasingly wild ways and the various protagonists have tried several machinations to try and save their tenuous concept of the world only to have the destruction of the Black Barn unleash the Laughing Man in full force. I highly recommend catching up with the issues because it is a surrealistic trip that weave a compelling tale of intrigue and you definitely want to be prepared for the endgame.

Stel’s journey has taken her across the desolate wastelands and uncovered several truths about the world at large, and still, she manages to look forward. She manages to show a stalwart level of determination to save the remnants of humanity despite the great personal tolls she has had to pay. And she and Della find themselves in one final fray, things aren’t looking great.

It’s always fun seeing a new interpretation of a character, and Fully Charged‘s Dr. Willy is no exception. His legacy as Dr. Light’s counterpart is fulfilled nicely and the less overtly antagonist character, but the seeds that Rinehart has sown indicate a couple cool avenues of where potential conflict with come in for future issues.