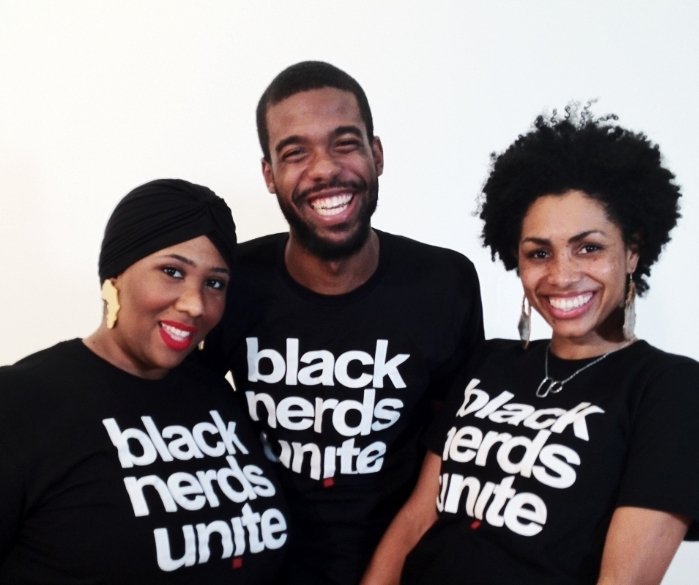 We first met in Elementary school. I was always curious what you were talking about, laughing raucously with the older kids. You must have seen my interest when we made eye contact across the room because you smiled and waved a hand for me to come over. A polite invitation must not have been enough, so I felt nervous as you got up and walked across the cafeteria to ask if I watched Tommy become the White Ranger. Who hadn’t, I wondered.

We were steady for years until I started to figure out romantic relationships. It was hard to juggle you and them, and they didn’t understand you that well, but those are just excuses. I fell off before Wanda said “No more mutants” and to this day I try to make up the time we lost. Our relationship has been a Deborah Cox song; not “Nobody’s Supposed to Be Here,” but the duo with R.L. people forget existed. I’m an adult now, and I know the secret you never tried to keep: nerds are the most awesome people you can keep in your life. And blerds? If you recognized R.L. from Next and were flooded with nostalgia, and you remember the exact moment Tommy pulled out his dagger in the white costume, you understand how special we are in our tiny sliver of the Venn diagram. 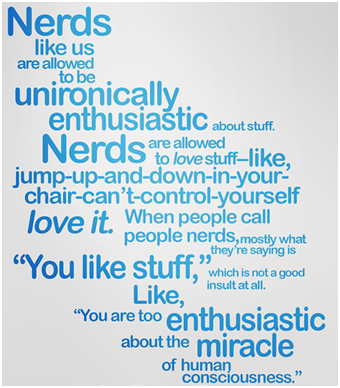 Blerds have the best community on the internet, hands down. You are to online communities what The Wire is to television: something so amazing that you feel woefully ineffective to explain it. I haven’t dabbled in all online communities to compare – I missed the new parent community, the vegan community, the country music community, among others – but I am confident in saying geeky people of color are the most fun, supportive, and socially conscious group I could ever have the pleasure of knowing. You bond over memories of Gargoyles, debate fan casting of Saga, and band together against the onslaught of aggressions constantly hurled against you. You face a constant barrage of racism, sexism, and trolls, yet when the Titans attack you mount up a coalition who swarm Facebook threads and Twitter feeds and you take back Wall Maria.

I have always been years behind social media, and was especially hesitant to join anything like Twitter or Tumblr. I kept to my quiet world of Facebook in the comfort of 200 carefully-selected friends. It wasn’t until 2014 that I reconnected with Whitney Syphax Walker, watched the launch of Black Nerd Problems, followed other sites in the blerdsphere, and was led to a Whole New World on an African-print magic flying carpet. Maybe you have a similar story. Maybe you remember that person who Tumbled gifs from The Legend of Korra, or Instagrammed t-shirts from Wakanda, or shared a review of Fight Like a Girl that led you to realize how strong we are out here. You looked up to the person like that doe-eyed student in third grade, and wanted to know what they knew. You made up personas in your mind, and just like Ariel you wanted to be part of their world. 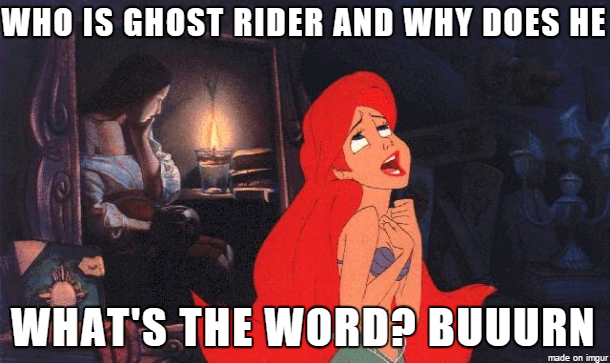 Speaking of personas, if blerds have a stereotype it has to be the best one ever. Your typical blerd is socially conscious. Your typical blerd is hyperaware of how characters and stories impact feelings of inclusion, self-esteem, and identity. You are conscious of what you support when you pay for a movie ticket. If a group of lions is a pride, and crows a murder, a collection of blerds is a movement.

You are nurses, artists, teachers, and computer programmers, yet are still subculture enough to build an armor of confidence sexier than any costumed hero you admire. You enjoy your alone time and maybe call yourself an introvert, which is Latin for “I’m not going out tonight; I just got my pull list.” You drop obscure references in casual conversation with such surety that others feel excluded if they don’t understand, and it’s well and good because you’ve never been exclusive – you want people to join. Not a week goes by a blerd doesn’t make a joke and think to themselves, “if y’all were caught up on Walking Dead you’d get it,” and then bookmark the joke in their mind to Tweet it among family.

Your perspective is one that is growing deeper and expanding further than mainstream audiences can imagine, and one that comic writers and movie makers can no longer ignore. Entertainment is evolving, and that comes from you. So thank you for being the welcoming community that you are. I feel more inclined than ever to tell you how I feel, and the truth is I love you. I love you like Barry loves Iris. I love you like Meelo loves himself. When we’re together I feel like Alana on Fadeaway, and coming down from my high means my phone must have died.

If you’re reading this and you haven’t taken that walk across the cafeteria, what are you waiting for? Here, I’ll come to you.