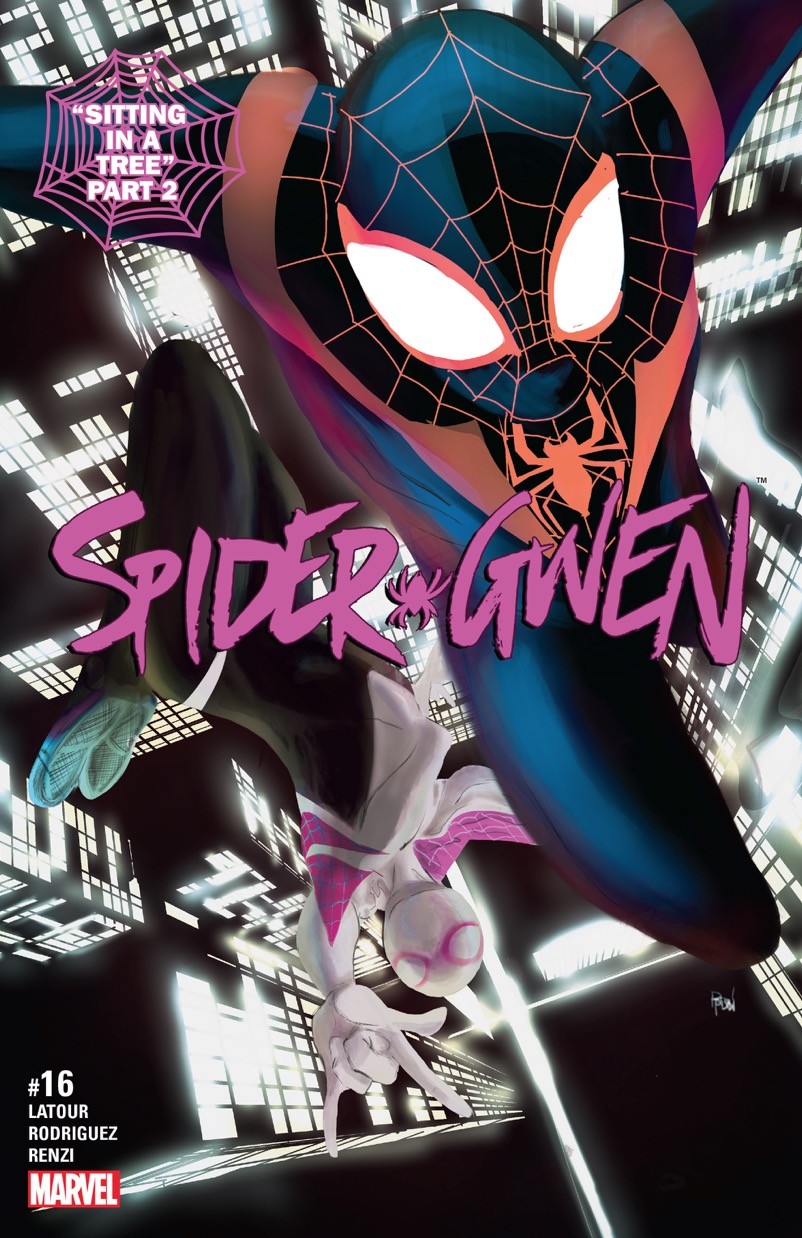 Oh, Marvel crossover events. We’ve seen you done poorly – most recently in the much loathed Civil War II – and we’ve seen you done surprisingly well now and then. Coincidentally, one of the more recent examples of an effective Marvel crossover was Spider-Women, an all-male written series of 3 women protagonists that began somewhat rocky but, all things considered, went well. Here we find ourselves in a Spider crossover that was inevitable, far too perfect an opportunity to be missed, a sensational pairing of two popular, relatively new non-white-dude characters during a time where diversity is recognized for its importance in entertainment. Miles Morales and Gwen Stacy kissing a comic book cover, the black Spider-Man (who doesn’t want to be known as a black Spider-Man, but that’s another tense issue) and Earth-65’s Spider-Woman: two young, popular heroes. As I discussed in the great Miles and Gwen-focused podcast, Ultimate Spin, I don’t begrudge Marvel seizing the opportunity – how could they not? – I only hope it proves to be less a gimmick than is the risk with every new crossover that sells yet disappoints.

The Spider-Man end of the crossover begins well enough, with Miles’ father having gone missing under S.H.I.E.L.D, and Radioactive Spider-Gwen #16 picking up from there with Gwen offering her help to find it. It becomes more complicated when integrated with her own story plot, where 1) she’s not the Spider-hero everyone thinks she is, now de-powered thanks to Earth-65’s Cindy Moon back in Spider-Women Omega, and 2) she’s somewhat a slave to Earth-65 Matt Murdock who is using her as a puppet in exchange for the power-ups that give Gwen her powers back for a limited time. Miles learns about both complications in short order, as well as having learned from Maria Hill about his father being lost in another dimension, and so the integration of their two story plots weave together quite quickly and simply. And, really, that’s about as good as this adventure can begin: interweave plots quickly, rely on chemistry and wit, and, most important for Spider-Gwen, fill the gap that has continued to exist by offering her a confidant who is her peer. 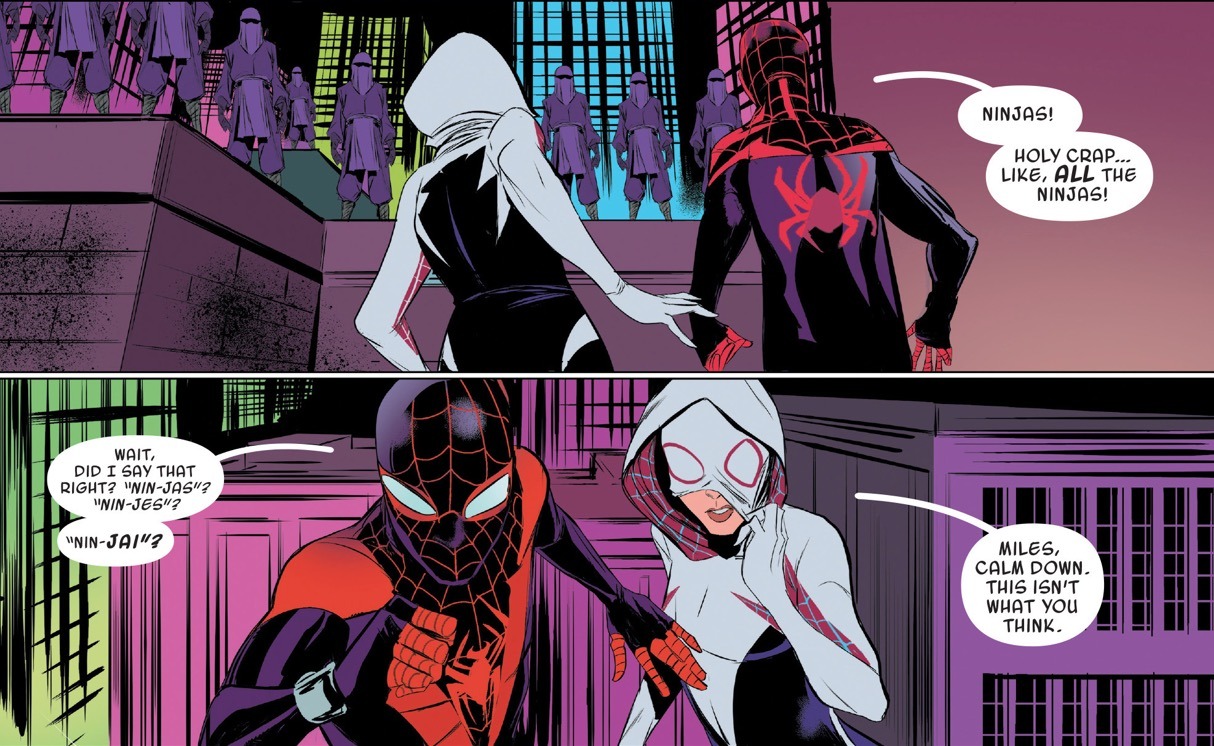 Radioactive Spider-Gwen #16 does its part in giving this crossover a good start, and acknowledges Gwen’s loneliness that, to fans, reads as the series addressing the type of friendship Gwen’s been missing – the type that Miles has with Ganke. It will be interesting to see how much Miles helps Gwen in facing Matt Murdock, or whether that plot will be progressed or altogether resolved. I hope for the latter; it would be great to see the duo work together to overcome the ninjas and Daredevil who are so clearly superior to them right now, but we’ll see how much ground we’re intended to cover here. Miles and Spider-Gwen were bound to have fun chemistry, but the story has some interesting elements though, and that’s the best track we can ask for right now.