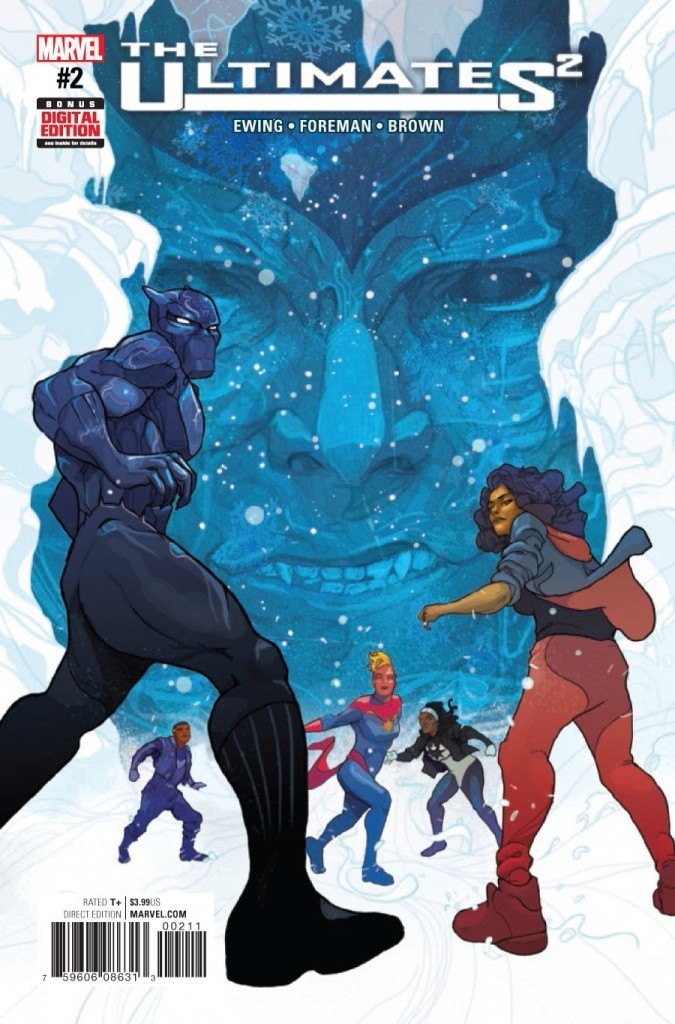 On everything I retweet, I fucking promise you that Al Ewing is out here trying to fuck up your favorite writer’s list. Off the strength of the fucking opening page of this series Al Ewing stay slipping in backstory and character development through dialogue. Ewing is so good at it that you don’t even notice when it’s happening, it’s never long and drawn out. It’s as simple as Blue Marvel recounting Christmas time from his childhood.

I need Ewing to be kept in suspended animation because this man’s my fave and I can’t have him being on some problematic shit down the line. Once he finishes the masterpiece that is Ultimates I may have to give’em that suspended animation Bucky sleep or Han Solo carbonite bath. Ewing has been building up each member of this team since Mighty Avengers, Captain America & The Mighty Avengers, and Volume One of Ultimates. We’re now seeing this team at it’s best, working in the shadows, which is a problem for Carol Danvers due to the very public fallout the team had during Civil War II. That fallout though seems really just a pawn that they could move in silence, like the real g in lasagna. Their moving under Galcatus’ call and under America Chavez’ watch this time around and I fucking love it.

Now we’re seeing America Chavez, who has been dealing with the multiverse the longest, in a clear-cut leadership role in the field. Ewing is literally world-building a world outside of the world, as the Ultimates are now dealing with beings on the same plane and higher than Galactus. We’ve never seen the depths of space and higher existence explained so freshly. We witness Galactus (along with his new herald) taken to court by the lords of order and chaos with the Living Tribunal as the judge. Listen, man this shit right here? This is my shit right here, this court case with Galactus trying to beat the charge deals with the aftermath of this new universe that is now in existence post Secret Wars. We find out just how much roles have changed and how the rules of this new universe change as well. 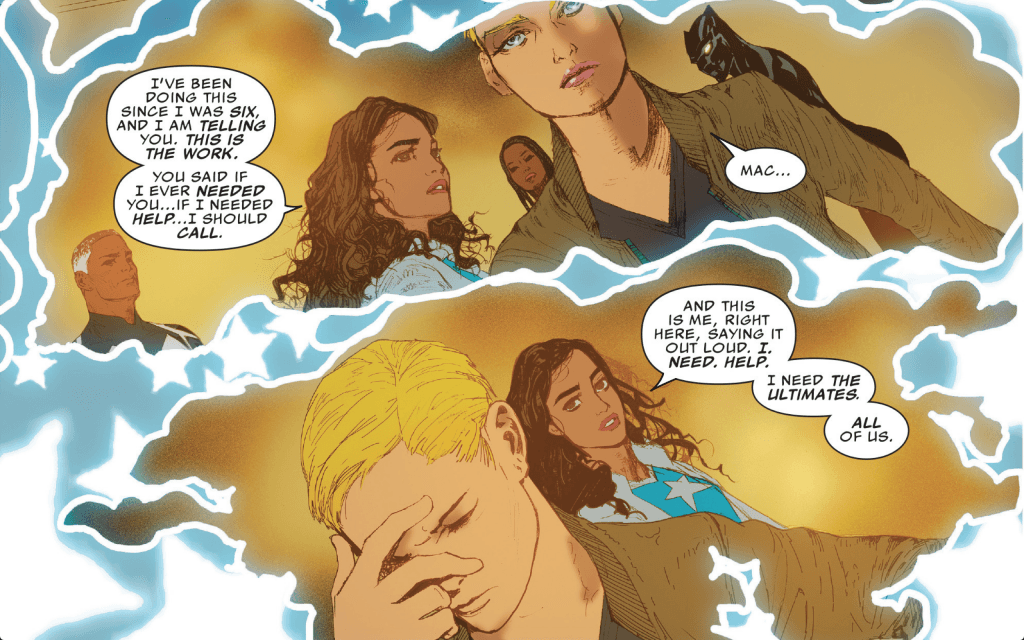 Ewing tells such a compelling story and it’s one of those stories you have to pay attention to the details. We’re starting to get abstract in the ideas and concepts now. I personally didn’t know what the fuck was going on when The Ultimates faced their latest threat and get the backstory. I had to go back and revisit this entity’s origin from the beginning of their narration. I actually loved that about this issue, where the story is so fucking rich that you gotta go back to make sure you’re understanding what’s happening. That’s a rare thing to have happen in a positive light.

Travel Foreman does right by the art work of this series, it’s impressive to see how he differentiates between the plane of existence we see the team on vs. the one we see Galactus and others on. The difference represents just how far apart the two plateaus are through the art. The switching between both world views as well as the way Foreman bridges them to bleed into one another in certain scenes is a staple to just how trippy this book’s concept is, which is a great thing.

People, we’re dealing wtih some mega-ultimate above your paygrade type shit in this volume of Ultimates. Threats of the highest order are coming out the woodwork while we’re still trying to CSI our way through space to find out who chained Eternity.

Missed one our Ultimates 2 reviews? You can find them all here.