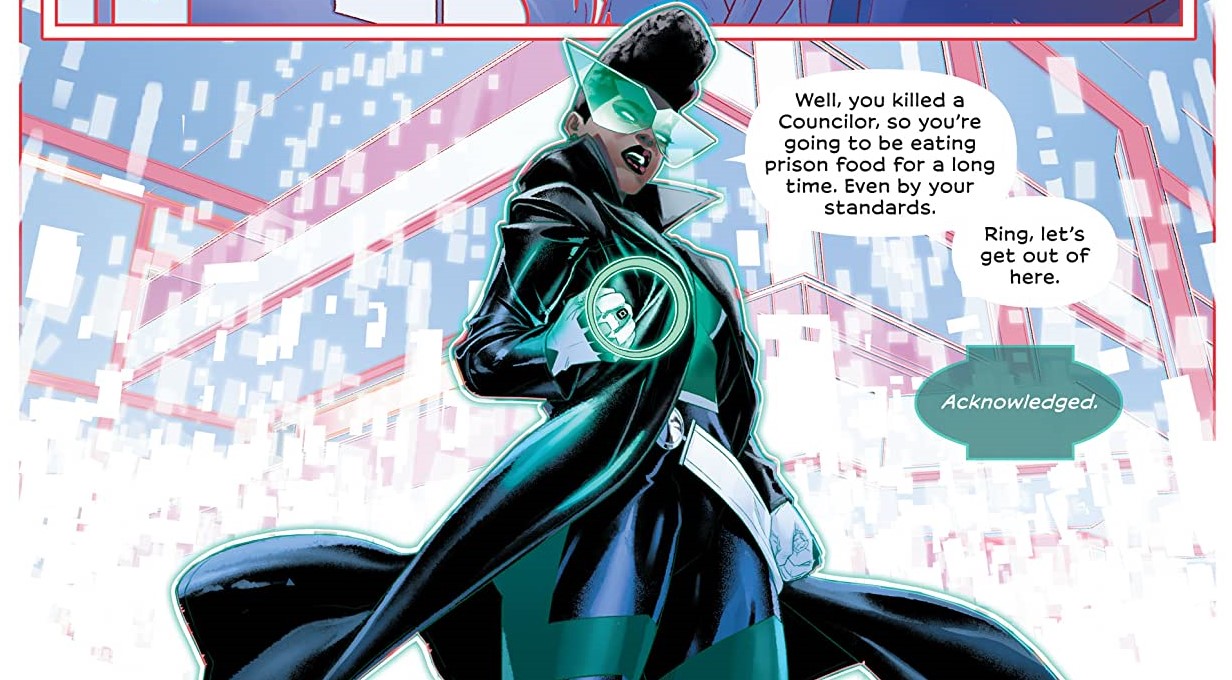 As Batman and Joker fight to their bitter end with a Joker-ized Batsuit and all, it’s obvious going in that Joker is going to survive for a variety of reasons. But as the fight continues, for a brief moment, I actually asked myself “…. are they really going to do it?” That’s how good the writing is here.

Hickman is an ambitious writer as always and if his scripts ever manage to make it into the public domain, I’m pretty sure I’d just gawk at the wizardry he asks of his creative team and the subsequent magic they do to bring such a multifaceted story to life. Yet, even with the different vignettes and the disparate styles, the story feels unified and connected.

When we last checked in with this story, Jo was living out every cyberpunk fantasy as she dove into a digital world to track down murderers of physical people on an alien planed for a case she was assigned. In this issue, she’s able to apprehend them—by bribing them with currency in the form of cat memes?—and get a look into the backwards system of the world she’s in.

Despite the epic backdrop of an apocalyptic world around them, the reunion of Nightwing, Starfire, and Cyborg is a real treat. Cyborg continues to be a powerhouse in both action and comic relief and the bond between Nightwing and Starfire is one that’ll always be relevant as they reminisce on their shared past.

The Rise of Ultraman #2

It’s hard to tell if the writing is intentional in undervaluing the entity’s story for the sake of building on it in later arcs, but what we’re given is entertaining enough that we can give the script the benefit of the doubt. The explanation for the origin of Kaiju is definitely intriguing, if future stories take advantage and build on it later.

We Only Find Them When They’re Dead #2

We get a more direct sense of how Captain Malik interacts with his crew, and the social dynamics at large. We see them interact on and off the job and the existential and physical threats of their operation. Ewing layers in more lore with the deeply personal, and while it’s a lot to take in, it’s also immensely rewarding.

However, none of this stops Issue #13 from being a fast paced, action heavy team up that does a good job of setting the stage for an eventual showdown between “The Best There Is” and his new friend. Viktor Bogdanovic’s artwork is overall impressive, doing a great job of staying consistent with the aesthetic from Wolverine #6. The color palette is actually really fun and lively for a comic that takes place in Hell.