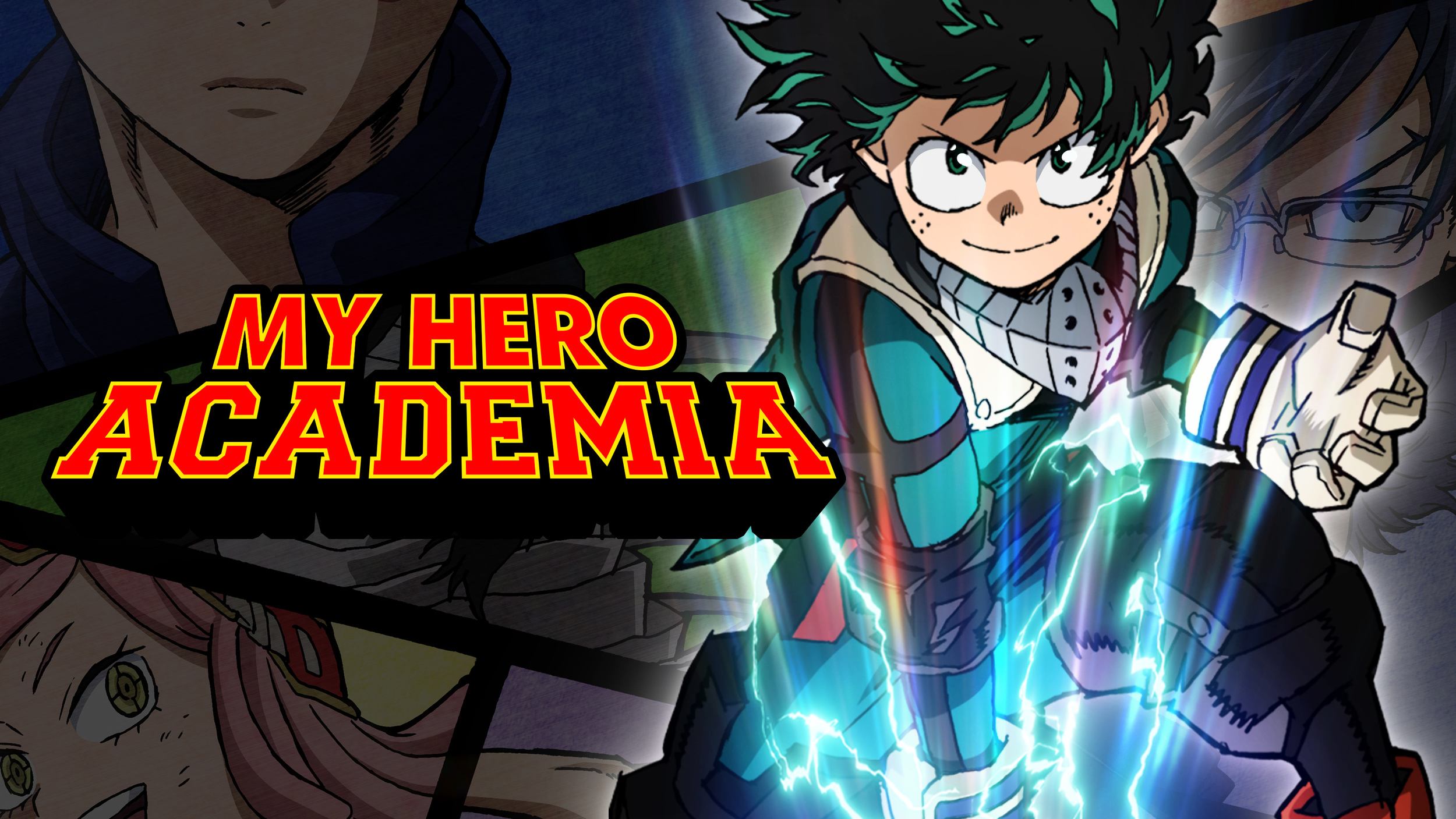 For most Americans, it all started with Goku and Vegeta comin wit Kamehameha flames. Most recently, it’s been Naruto and Sasuke bussin ass, kicking Katanas at faces, and blowing minds left and right. Sailor Moon was in the mix and gave the boys a magical girl run for their money, but pardon the intrusion my ninjas and shonen fans. Ya’ll can have ten seats cuz it’s time for me to talk my shit again!! Enter Izuku Midoriya aka Deku and Katsuki Bakugo aka Kacchan, the newest duo to set the rivalry game on fire. 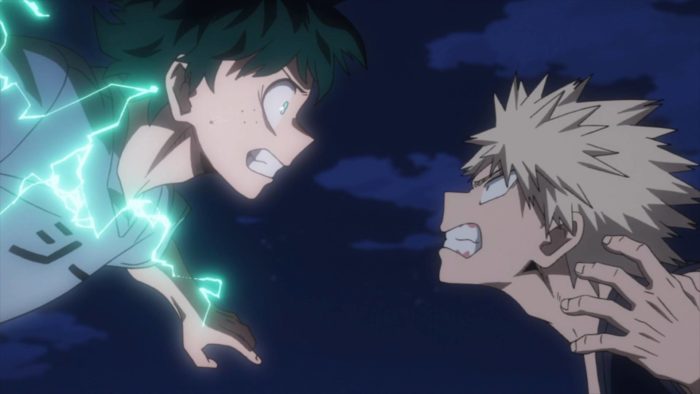 My Hero Academia has slowly but steadily risen from the cool little brother role in the anime community to an absolute beast without any doubts. Take a look at any pics from ComicCon, and you’re bound to see a bevy of Shoto Todoroki, All Might, Asui, and Kacchan cosplayers. MHA even killed it in the movie theaters with the new Two Heroes movie sparking a buzz throughout the US, and being so heavily in demand, they actually had to add new dates to the limited release.

If we talkin’ that real, Boku no Hero Academia (if you nasty) got the juice, drip, sauce, and the schway. They’ve put on a clinic in character development while never letting their foot off the get-clapped-quick gas! Deku has one the most fire started from the bottom come up stories, fueling his hunger to become a monster. Kacchan got that former child prodigy, finally facing adversity, and its gonna bring out the most lethal side of him flow going. Todoroki has one of the most impressive powers across all media platforms, so seeing him finally embrace his quirk and turn it into a strength has been very rewarding.

In today’s world, shows where everyone has powers can get staler than a forgotten Popeyes biscuit, but they keep the action on 100 and continue to introduce us to cool new students (Mirio my GUY!) and sidekick characters (Mei Hatsume anyone?) that spice things up. But not all of those dope new characters are heroes. Ever since Stain, the League of Villains has been growing steadily. The symbol of peace has faded, and it feels like the tide is finally turning. Decay and Warp Gate are in position to fill out their roster of bloodlust and vengeance, so I’m excited to see an all-out war (hopefully) pop off next year.

As all true fans know, season 3 just wrapped up, and you could honestly say that the show is just beginning. Yeah, our quirk-filled young heroes in training have grown exponentially since their first day at UA, but in my eyes, an anime hasn’t truly begun until our main characters have established a proper rivalry, and that’s what has finally happened. The end of S3 gave us Deku vs Kacchan Part 2 and lamented their status as clear-cut rivals who will push each other to the brink and (eventually) propel Deku to greatest hero of all time status. I don’t know if Bakugo will ever match the competitive nature of the proudest Saiyan alive or if Deku will push himself past his limits every chance he gets like a certain goofball alien, but I love the tension that these first 3 seasons have given us. I’m deadass getting early Naruto and Sasuke vibes, and Bast knows things can only get better from there. Let me not even get into Kacchan finally showing some resolve, and Deku coming into his own as a hero and establishing that everyday is leg day!!

My Hero Academia has catapulted to the top of the anime watch list, and it makes perfect sense. It’s a fun, American comic book reader-friendly, superpower filled show that never forgets that we came for the hands and stayed for the story. Furthermore, it’s the perfect example of less is more. They took a simple premise of a boy with no quirk finally being granted his one and only wish, by the hero he looks up to most. Powers are passed on to him and our lead character has to make up lost time (most kids have had quirks for years) and eventually find it in himself to become the #1 hero of all time.

Recent news out of the Yonkou Productions camp has placed an Spring 2019 premiere date on season 4 and all I gotta say is I’m with the fast turnaround! And we getting new Attack on Titan & One Punch Man? What a time to be an anime head!